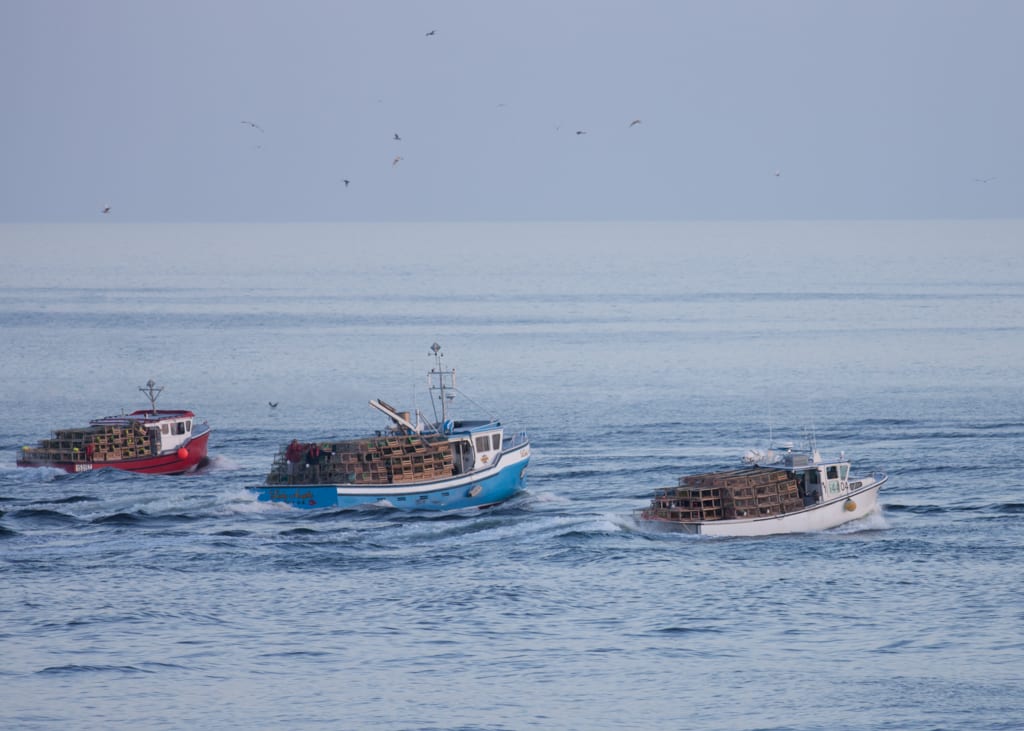 The Acadians of Chéticamp settled in this spectacular region in 1782 to fish in the fish‑bearing waters of the areas. Although fishing has always played a key role in the local economy, tourism became increasingly important with the creation of Cape Breton Highlands National Park in 1936. Posted at the northern entrance of this park, Chéticamp residents provide a warm welcome for visitors. Through their festivals, museum, interpretation centre and various events, they share the Acadian culture specific to their region: language and accent, stories and legends, music and dance, the Mi-Carême celebration, and hooked rugs, renowned for the excellence of their handicraft.

Located on the northeastern tip of Nova Scotia, in a remote region known for the exceptional beauty of its landscape of sea and mountains, Chéticamp is a lively community. A number of cultural activities take place throughout the summer, sometimes in collaboration with Cape Breton Highlands National Park, located nearby. These activities pay homage to the Acadian language and accent specific to Chéticamp, a community long protected from external influences, and also to traditional Acadian, music, dance and storytelling.

The Festival de l’Escaouette, created in 1976, is the largest cultural and festive event of the summer. A more recent festival, Racines et bottines, offers a mix of culture, nature and food. A one-week festival known as Masque et Mer de la Mi-Carême is held in March each year, reflecting an old tradition that is no longer celebrated today except in a few select places, including Chéticamp and St. Joseph du Moine, the neighbouring village. Visitors who want to learn about this exuberant costumed celebration when it is not under way may take a tour of the Interpretative Centre de la Mi-Carême, located between these two villages, at Grand Etang Harbour. Visitors can also sign up for a workshop to learn how to make Mi-Carême masks.

Chéticamp’s hooked rugs: a craft, and an art

Chéticamp is also renowned for the fabrication of hooked rugs, which are made with a hook, out of wool with burlap backing. The term “hooked” designates this specific product, made in Chéticamp and in a few other places in Acadia. It is distinctly different from other crocheted rugs.

These decorative rugs originated from the domestic rugs that the housewives of Chéticamp meticulously produced. In the late 1920s, New York artist Lilian Burke, who spent the summer at Baddeck with the family of Alexander Graham Bell, the telephone’s inventor, was looking to revive the sale of homemade products she crafted during her stay. She noted the quality of Chéticamp’s hooked rugs and convinced local artisans to improve their technique. With the help of Marie-Jeanne Doucet, a Chéticamp artisan, she developed this know-how on a large scale and raised it to the level of an authentic visual art: elegant motifs, expressive faces, finesse of details, and multiple striking and subtle colours. Lilian Burke sold many of these hooked rugs at her New York art gallery.

The strong demand for Chéticamp’s hooked rugs fuelled production. Over the years, local artisans hooked them by the hundreds, the largest of which covered an entire wall and required the collaboration of some ten or so hookers. These rugs stimulated the local economy and attracted tourists. When artisans realized the true economic value of their craft, they demanded higher wages and organized cooperatives. Some of them opened their own shops. This traditional practice continues today, although it is slowing down somewhat. Some remarkable hooked rugs are exhibited at the Centre culturel des Trois Pignons. Visitors to the centre can learn about the history of these rugs and the technique used to make them.

The inspiring history of the natives of Chéticamp

The fishermen who settled in Chéticamp at the end of the 18th century all worked for the Robin Company. Like all other companies at the time, this Jersey company exploited its workers by paying them meager wages, in the form of coupons that the fishermen could exchange only in Robin stores. Many of the fishermen fell into debt over the years and lived in poverty. Only a few fishermen acquired their own schooners and were able to sell their fish elsewhere, at a better price.

The situation improved slightly at the end of the 19th century with the diversification of fisheries—lobster was now harvested in addition to cod—and the brief operation of a mine. Real improvements started in 1915, when a few individuals founded the first fishermen’s cooperative in North America.

The sudden interruption in cod fishing in 1992, caused by the collapse of stocks, then the closure of the only fish processing plant in 2006, dealt a hard blow to the economy. Nevertheless, the people of Chéticamp rolled up their sleeves and turned to the development of the tourist sector and the lucrative crab fishery, two sectors that are thriving today.