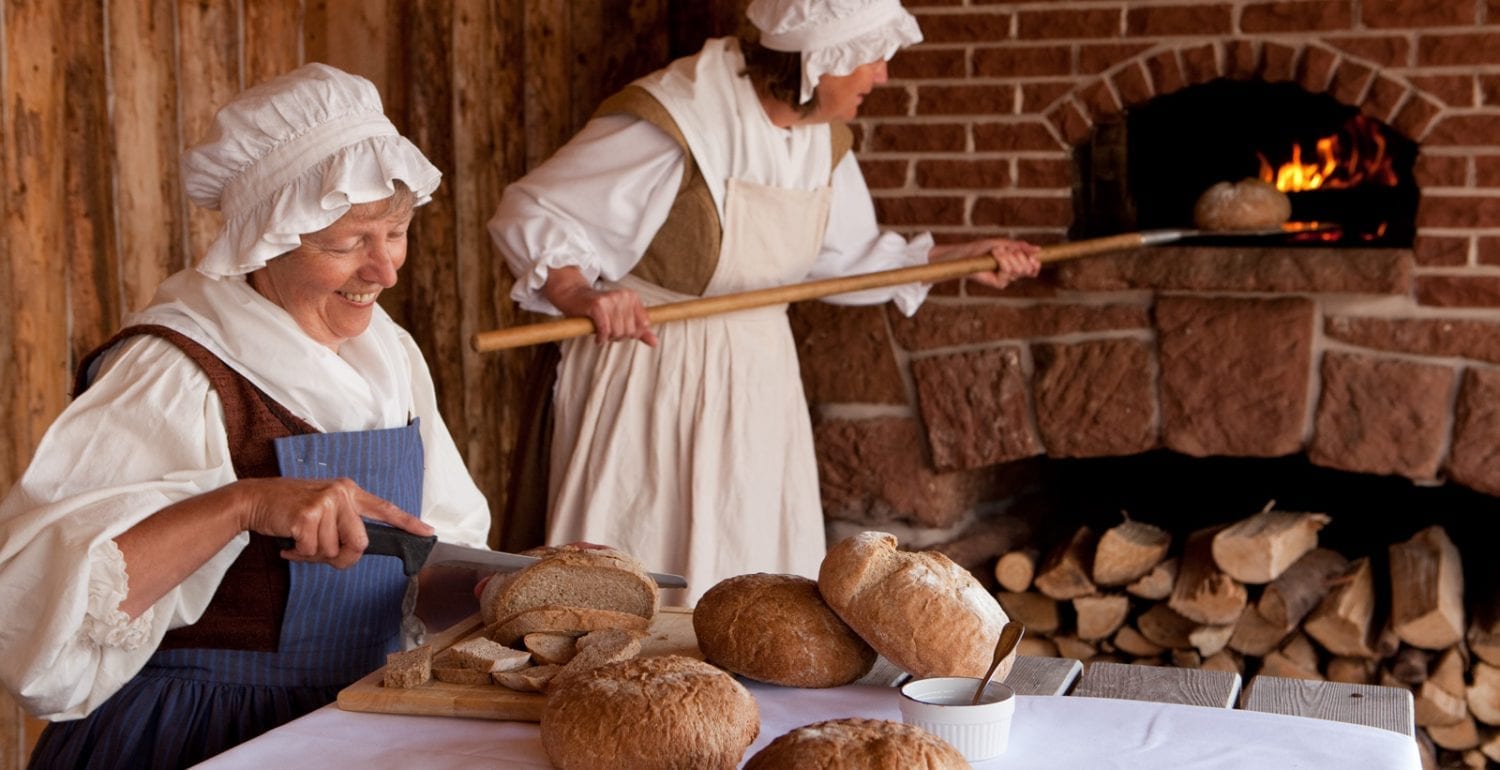 The Jean-Pierre Roma at Three Rivers site takes visitors back in time to one of the first French settlements on Prince Edward Island, or Île Saint-Jean as it was then called. In 1732, Jean-Pierre Roma, a native of Bordeaux, France, founded what would become a flourishing fishing and trading post on a point between the mouths of the Brudenell and Montague rivers. Roma and his workers did trade with Louisbourg, France and the West Indies. Today, in the partially reconstructed Roma settlement, designated a National Historic Site in 1936, visitors get to experience the everyday life of the French pioneers who lived here between 1732 and 1745. Traditional dishes and desserts are prepared and served on site, along with a delicious bread baked in an outdoor, wood-fired brick and clay oven. Bilingual, costumed interpreters are on hand to provide information and answer questions.

A salute to intangible cultural heritage

To attract and delight visitors to this enchanting location on a small peninsula in St. Mary’s Bay (now known for its mussel farming), the non-profit organization that runs the site brings to bear two elements of intangible cultural heritage: the skills and flavours of yesteryear. When they arrive at the main building, reconstructed using 17thcentury methods, visitors are asked if they want to work for Mr. Roma. Once they agree to pay the modest entry fee, they sign a contract with Mr. Roma’s Company of East Isle St-Jean using a goose quill pen dipped in ink. This introduction sets the tone for the visit. The temporary workers can then don costumes or just listen to the costumed interpreters describe the period dress. There are a variety of children’s toys and games to try, such as cup-and-ball, and visitors can learn how to tie knots, make nets and prepare bread dough or, depending on the day of the week, simply sample the fresh bread served with West Indies molasses.

Outside, the large garden is enclosed as it would have been in the olden days to keep out domestic and wild animals. Herbs grown here are used to make the herbal teas served inside. Close by, near an old fishing boat, visitors learn the basics of cod fishing and how to preserve the catch by salting and drying.

Flavours of the past

The kitchens at Jean-Pierre Roma at Three Rivers offer a heritage lunch and afternoon tea, with a menu based on foods the pioneers would have eaten here in the 1700s: vegetable soups, corn chowder, baked beans, fish or pork dishes, and the not-to-be-missed freshly baked bread. Desserts, also served for afternoon tea, are often molasses-based and include apple pie, cheesecake, rum cake and other baked goodies with chocolate, which was brought to PEI by Roma from the West Indies. Food is served, accompanied by traditional music, in the main building’s large hall, whose many windows let in light as well as views. Outdoor picnic areas are also available.

The annual Pioneer Festival, held on the site in August, features many traditional activities and demonstrations. There is also a gala heritage feast in September.

A number of artifacts unearthed on the site are displayed in the souvenir shop. These were found during archeological digs conducted from 1968 to 1970, which revealed the remnants of two docks and nine buildings from the settlement’s heyday (1745). By then, Jean-Pierre Roma’s 70 workers had cleared vast tracts of land to grow crops, mainly wheat and peas, and plant vegetable gardens. The fishermen would dock their boats at Havre Saint-Pierre (now St. Peters Harbour) on the north shore, where the Acadians also lived, because it was closer to the cod fishing grounds. Rudimentary roads connected the Roma settlement to this harbour, the Rivière de l’Est (now the Hillsborough River) and the French fort at Port-la-Joye (now Fort Amherst). The original Roma settlement was located at the end of the point, a few hundred metres from the present site. Interpretive panels give details on its exact location and its component parts. The historical plaque erected in 1936 is also still standing.

After the fall of Louisbourg, an enemy ship entered the bay in June 1745. British and American soldiers disembarked, plundered the settlement and burned the buildings to the ground. Only Roma and his family were there at the time. They managed to hide in the woods and then went to warn fishermen in occupied Havre Saint-Pierre. They eventually found refuge in Quebec City, where Jean-Pierre Roma tried in vain to raise funds to restart his business. He later sailed for the West Indies, where he disappeared without a trace.