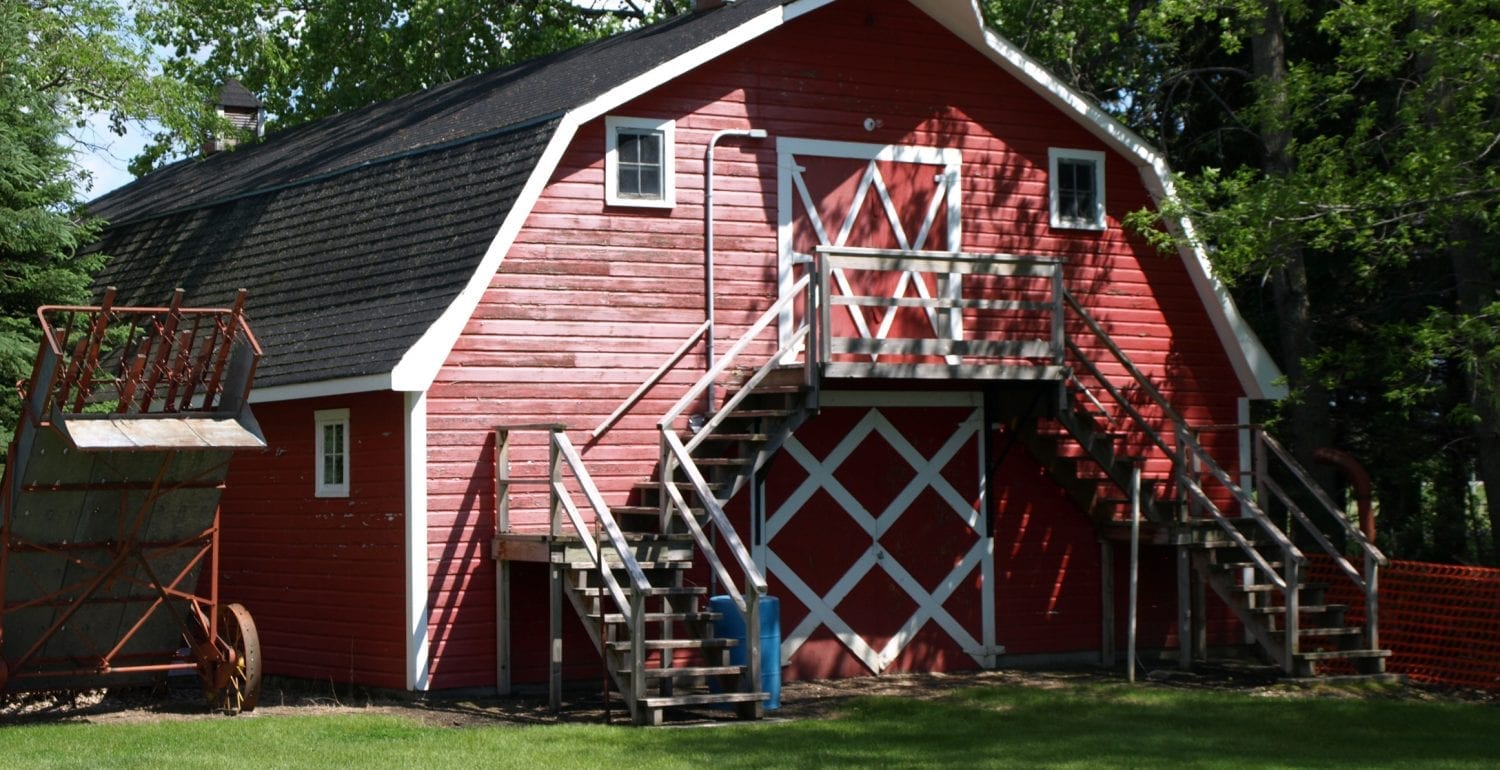 The village of St. Joseph is located 100 kilometres south of Winnipeg, about 15 kilometres from the United States border. Some 500 inhabitants of the Rural Municipality of Montcalm, which comprises St. Joseph and the neighbouring villages of St. Jean Baptiste and Letellier, or around 36% of its population, speak French as a first language. The region was colonized in the 1870s and 1880s by Francophone immigrants, most of them from Quebec. The huge St. Joseph Museum, which exhibits most of the 30,000 objects in its collection in 24 buildings, was created to shed light on the lives of Franco-Manitoban farmers in the early 20th century. Some objects are presented in context, in a workshop or a general store. Others are grouped together by theme, such as dozens of old tractors and hundreds of antique tractor seats. The museum pays homage to the pioneers who developed agriculture in the region.

To get to St. Joseph, visitors must cross Manitoba’s characteristic plains, flat as far as the eye can see, and devoted to agriculture. The abundance of silos and grain and pulse elevators of all sizes in the village testify to the fact that St. Joseph is still mainly an agricultural centre, and that its moniker “bean town” is well earned. St. Joseph also has the largest wind farm in Manitoba.

Thanks to the wide open spaces that surround it, St. Joseph Museum, which opened in 1977 to celebrate the parish’s centennial, was able to spread out over a considerable area measuring 19 hectares. It includes an old general store, an old school, a Ukranian Catholic chapel, wood and leather shops, a dairy display, a barn that comes to life every year for the Montcalm Heritage Festival, and large buildings containing thousands of household items such as oil lamps, jars, bottles, primitive washing machines and scales. The museum is particularly proud of its collection of stationary engines, one of the largest in Western Canada. The engines were used to power pumps, threshing mills and table saws before the electrification of rural areas. One building is devoted to the history of sugar beet production, a little-known Manitoban agricultural sector that provided many producers in the region with a good income until the Manitoba Sugar Company in Winnipeg closed in 1996.

The museum’s two main displays, the historical village and the agricultural village, are open from May through October, while the Parent Tourism Centre, the large reception pavilion opened in 2013, is open year round. There, visitors can see the Laurent Fillion camera collection, which traces the history of photography from its beginnings in the 19th century, as well as a selection of the museum’s finest objects. One weekend in mid-June each year, the Montcalm Heritage Festival takes place at the museum, including a petting zoo, a parade, entertainment and lavish meals.

Francophone farmers in the Manitoba prairies

Voyageurs in the fur trade, most of them French Canadian, were the first European inhabitants to settle what is now Manitoba. Many of them married Aboriginal women, creating the Métis. When the first Francophone Catholic missionaries arrived at the Red River (the future location of Winnipeg) in 1818, they focused on the Métis population, which was soon several thousand strong. In the 1850s, the majority of the population was made up of Francophone Métis. However, with the creation of Canada in 1867, they were joined by a wave of British immigrants. Many Métis moved west, and the Catholic Church reacted to the decline in the Francophone Catholic population by recruiting new colonists.

Those who settled in the St. Joseph area in the 1870s and 1880s were mainly from the Montreal area of Quebec, eastern Ontario and the New England states, to which French Canadians had recently begun immigrating. Since the Church was not successful in recruiting large numbers of new immigrants, it grouped them together into clusters in which they would be the linguistic majority, thereby making it easier for them to preserve their language and religion. In St. Joseph, this strategy yielded good results, since, according to the 2016 census, almost a century and a half after the arrival of these immigrants, French is still the primary language spoken by about a quarter of the population.