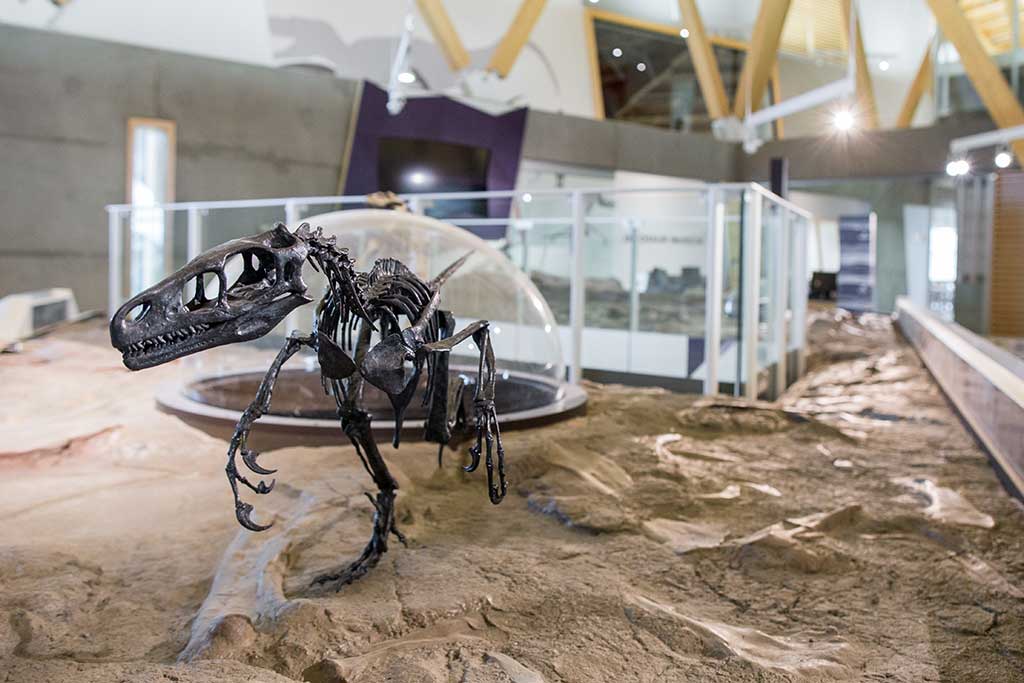 Ah, dinosaurs. Is there any other animal species, extinct or otherwise, that can fascinate young and old to the same extent? It’s hard to imagine.

The Philip J. Currie Dinosaur Museum in Wembley, near Grande Prairie, is convinced there isn’t, offering an adventure 360 million years in the making to prove it. Alberta has always been fertile ground for fossil hunting, and paleontologists have made it their playground!

From basement to attic, the Dinosaur Museum is filled with this natural heritage. Meander through permanent and special exhibits in the numerous galleries; learn more about how dinosaurs appeared, reigned supreme through several eras before becoming extinct. Take part in the various programs the Museum offers: attend day camps, celebrate a birthday in the shadow of spectacular productions, identify fossils, become an authority on paleontology and various species thanks to interpretive panels, attend screenings, take a look at the fossil lab, and more.

The Museum offers a wealth of experiences for anyone who’s even remotely interested in the ancestors of the animal species that roam the Earth today!