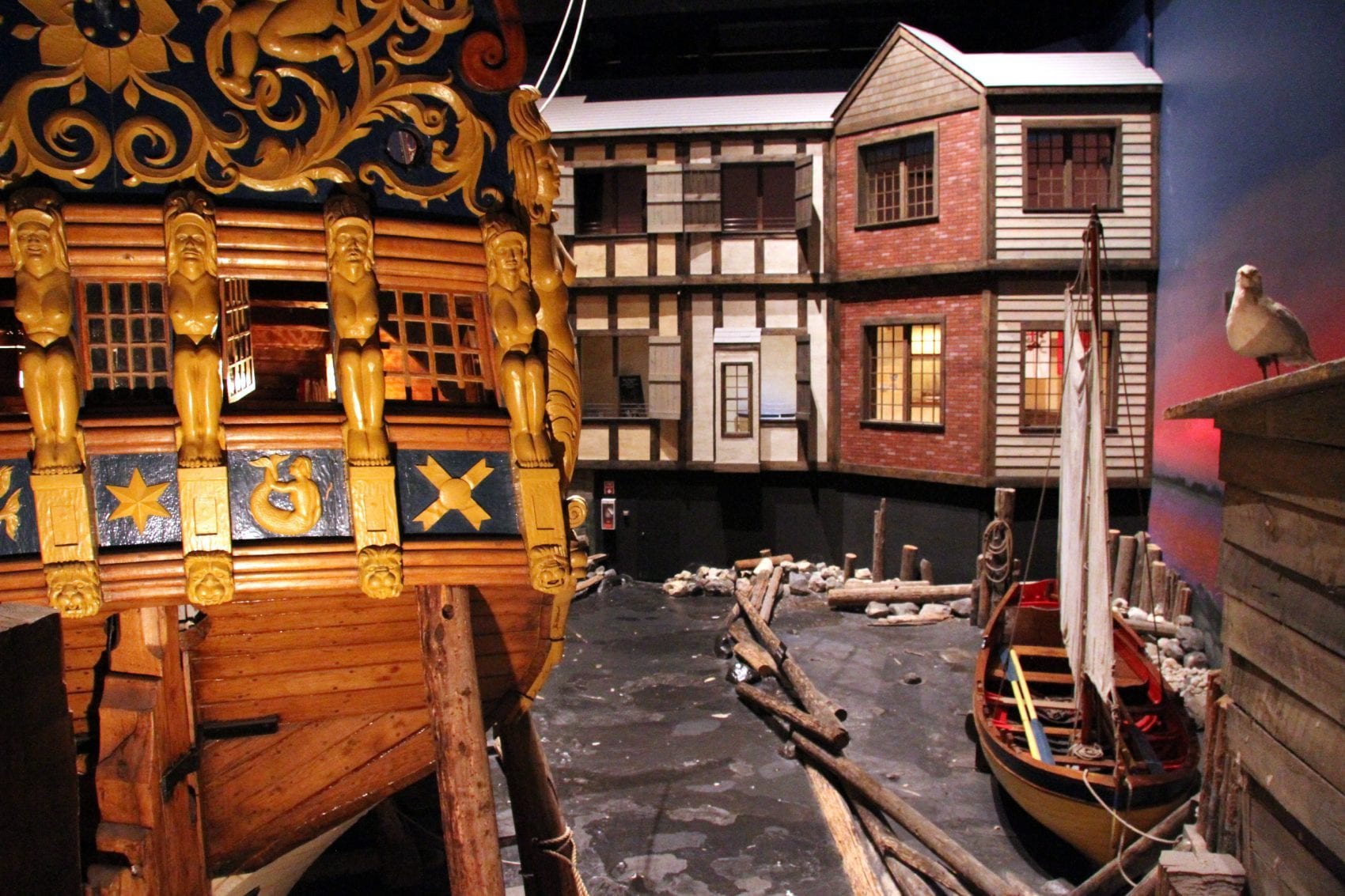 The full-sized replica of the Nonsuch is one of the star attractions at the Manitoba Museum in Winnipeg. It was on board this small 16-metre sailboat that Médard Des Groseilliers and his crew of English sailors reached Hudson’s Bay to take part in the fur trade in 1668. The risky expedition, through the icebergs of the Arctic Ocean, made it possible to create the Hudson’s Bay Company, which was to play a decisive role in the history of Canada. Frenchmen Des Groseilliers and his brother-in-law Radisson were behind this commercial undertaking. A memorable visit to the Nonsuch reveals the immensity of the challenge they took up.

Once upon a ship

Visiting this full-sized replica of the Nonsuch, built in England in 1968 to commemorate the 300th anniversary of its crossing, enables us to grasp the harsh living conditions of the adventurers who sailed aboard. The replica is so faithful to the original construction techniques and plans that it even sailed across the ocean, just as it did in the past. The bridge, the captain’s tiny cabin, the hold and the foot of the high masts laden with rigging give us a glimpse of the immense, awe-inspiring challenge facing sailors at the time, not to mention the perilous and glacial waters of Hudson’s Bay, whose northern portion was free of ice for only three months a year.

The fur trade was the principal motivation of the French who founded New France. It drove the colony’s economy for decades and pushed the French to explore the entire continent. When the Nonsuch reached Hudson’s Bay, in the late 1660s, the Amerindians spoke vaguely to their French allies about the northern sea. This enigmatic place became the subject of envy among the rival clans of merchants from New France, who dreamed of acquiring massive quantities of excellent furs in the region.

Radisson and Des Groseilliers were both skilled fur merchants. On a voyage to Lake Superior, they were the first to obtain from the Cree precise information about this northern sea. The Cree invited them to go there to trade furs. From that point on, the two men had but one objective: to found trading posts in the region. They took a chance, in vain, from New France, then from Acadia, and finally from Boston, where they met an English emissary who promised to present their plans to the King of England if they agreed to follow him, and they did.

The expedition of the Nonsuch

In 1665, rich English investors, aristocrats and businessmen started financing Radisson’s and Des Groseilliers’s risky but feasible project. Four English sailors had already reached this interior sea, which they named Hudson’s Bay after explorer Henry Hudson first explored it in 1610 while trying to find a northwest passage to China.

After two failed attempts, Des Groseilliers boarded the Nonsuch in 1668, and Radisson boarded the Eaglet. The risks were so great that they travelled in two separate ships to increase their chances of reaching their objective. Indeed, the Eaglet ran into a terrible storm and was almost shipwrecked. Radisson then returned to England. Meanwhile, the Nonsuch crossed through the Hudson Strait and sailed as far south as James Bay, where Des Groseilliers was able to engage in lucrative trade at the mouth of the Rupert River. The return of the Nonsuch laden with furs to London in October 1669 led to the creation of the Hudson’s Bay Company, for which Radisson and Des Groseilliers were key employees for many years. The Hudson’s Bay Company went on to play a pivotal role in the fur trade, the development of commerce and the occupation of Canada.

The Manitoba Museum and archives of the Hudson’s Bay Company

In addition to this replica of the Nonsuch, the Manitoba Museum includes life-sized reconstructions of Manitoba’s natural environments in historic and prehistoric times. A science gallery also offers interactive exhibitions on science and technology, and a multimedia planetarium enables visitors to explore the universe. In addition, the archives of the Hudson’s Bay Company, including the travel accounts of Radisson, have been placed in the Provincial Archives of Manitoba, in Winnipeg, so important was this company in the history of Canada.