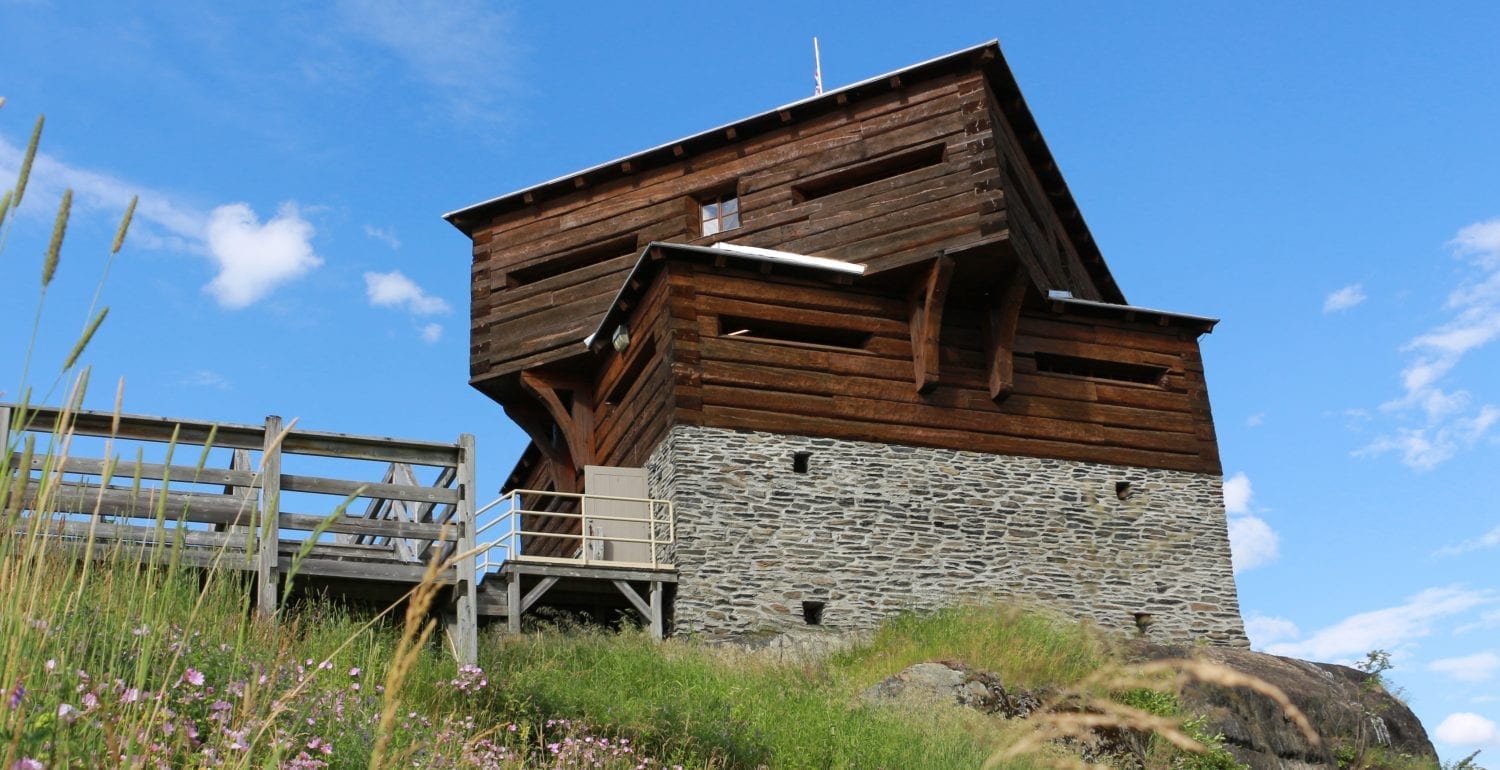 In the year 2000 in Edmundston, the Madawaska Historical Society inaugurated the P’tit Sault Blockhouse, which was reconstructed on its original site, according to the original plans. This military work is a reminder of an episode that marked the history the Madawaska Acadians, namely, the bloodless conflict of Aroostook, the result of which was the division of the Acadians of the region into two separate communities, one in the United States and the other, in the British colony of Canada. The blockhouse is perched atop a promontory from which visitors can view the city and the confluence of the Saint John River and the Madawaska River. From there, guides at the P’tit Sault Blockhouse provide information of the battle techniques and lifestyle of the military who were posted at that strategic location in 1841–1842. The Aroostook War was based on a crucial issue: the delineation of the boundary between Canada and the United States.

How to protect one’s territory and resist the enemy

At the highest point in the Aroostook War, between 1830 and 1842, the British built that blockhouse made of stone and solid wood in order to resist the United States’ land claims in the region. The guides/interpreters of the site explain to visitors how the blockhouse was designed to allow soldiers to defend their position for days. The double orientation of its two top stories provided access to the building’s lower floors so that it could be protected from a close-range attack. Its two canons could be fired in all directions. The large gun ports made it possible to oversee the surrounding areas and their sloped movable shutters protected the soldiers from possibly being shot by the enemy, an attack that never happened.

Food supplies, water and ammunition were stored in the most solid part of the building, its first floor made of stone, which was built directly on solid rock. The soldiers carried these supplies inside by climbing up a movable ladder which, once it was pulled up, prevented the enemy from breaking into the blockhouse. A small trap dug into the floor of the second level made it possible to push away a ladder placed there by the enemy, or to throw boiling water or oil on the assailants.

At the end of the 1990s, members of the Madawaska Historical Society got together to revive this witness to a key period in the history of the region. They found the plans in the archives and orchestrated its faithful reconstruction in compliance with the techniques of the period. The imposing wooden beams of its walls still came from the region and although they were machine-cut, the rendering was done with an axe to make them look as they did in the past. Original artifacts and reproductions of costumes and furniture illustrate the life that the military men led in that blockhouse in 1841–1842.

The P’tit Sault Blockhouse is part of a group of five military buildings constructed by both the Canadians and the Americans to defend their interpretations of the 1783 Treaty of Versailles, which established the border between these two countries in a way that lacked clarity. Starting in 1820, the inhabitants of the region took advantage of the rich pine forests of the Madawaska-Aroostook region by impinging on the land disputed by the neighbouring country. To prevent the growing tensions between the American and Canadian populations from degenerating into an armed conflict, strongholds were built and negotiations were initiated. On the British side, in Canada, the priority was to preserve the route of the Saint John River Valley between Lower Canada (Quebec today) and New Brunswick. In order to reach an agreement, the British agreed, through the 1842 Webster-Ashburton Treaty, to cede more land and natural resources (the most beautiful forests of huge white pines) to the Americans and determine the Canada—United States border by following the Saint John River. This still prevails today and the British were right in recognizing the importance of the Saint John River Valley as a passageway, since the Trans-Canada Highway still winds through this valley for over 200 kilometers.

The Acadian population was deeply affected

The negotiations, which were led without consulting the populations, severely penalized the Acadians who were the first inhabitants of European origin to settle on both sides of the Saint John River on land that had been used for millennia by the Malecite Indigenous Nation. Many of the approximately 2,000 Malecite people who were living on land ceded to the Americans were related to those who were now on the Canadian side of the border. Many Acadian and Malecite families therefore found themselves divided between two countries with different institutions, laws, ways of doing things and values. In the long run, the Madawaska Acadians created one of the most Francophone communities of New Brunswick, but their cousins in Maine, in the United States, almost lost the use of French.

The 2014 Acadian World Congress, which was held in Madawaska and in the Quebec and American bordering regions, nevertheless sparked the interest of Acadians living in Maine in their Francophone roots.