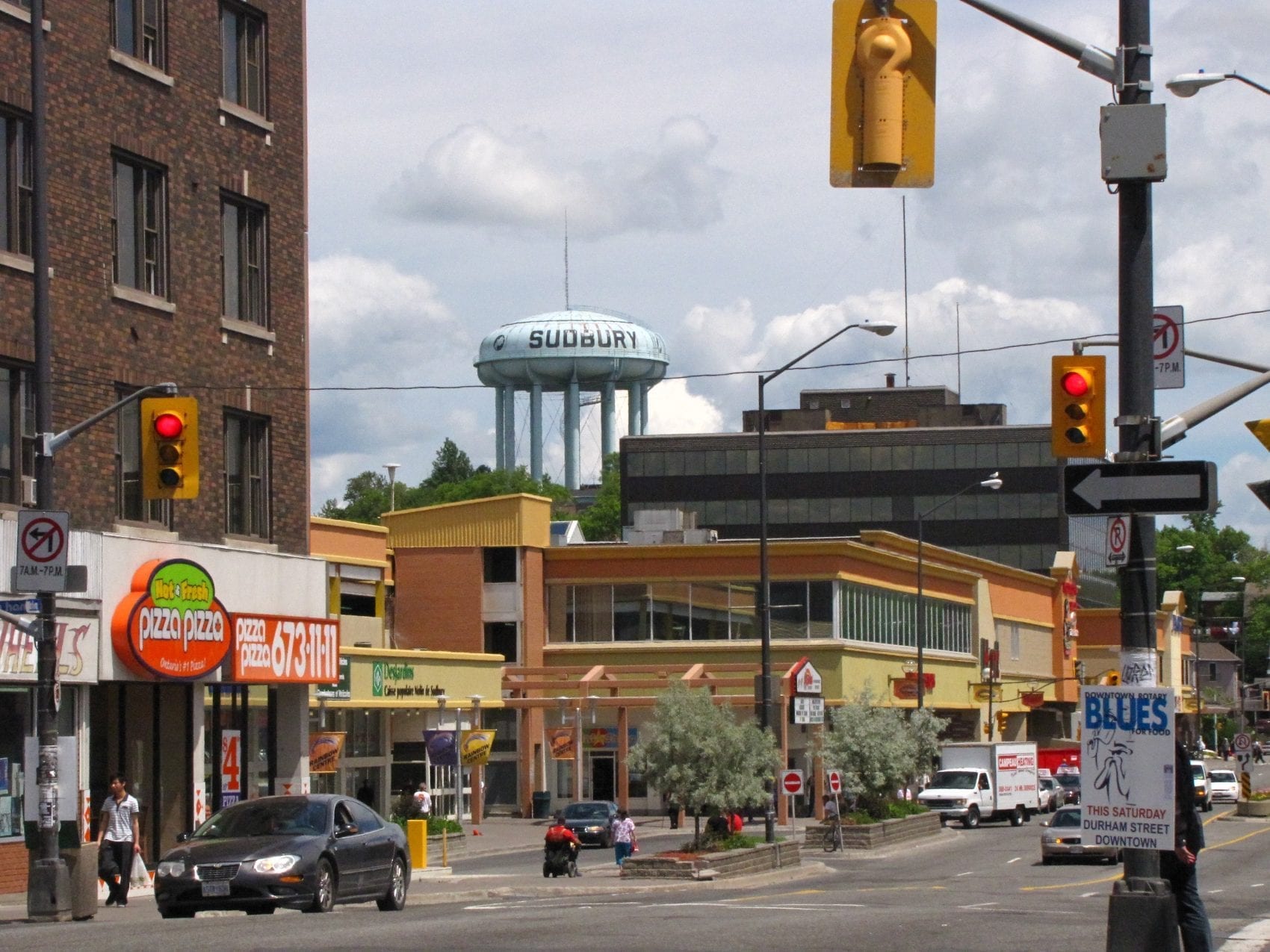 With the arrival of the railway in Sudbury in 1883, large numbers of French Canadians from Quebec started coming to the area for work, in forestry, agriculture and mining. By 1911, they represented 35% of Sudbury’s population, not counting the many Francophones living further north. For these largely Catholic newcomers, the Jesuits opened Sacred Heart College in 1913, a French-language institution that would become the University of Sudbury in 1957. In the 1970s, Sudbury was at the centre of a wave of turmoil surrounding Franco-Ontarian identity that eventually laid the foundation for a distinctive Franco-Ontarian culture. Artists at the forefront of the “Nouvel-Ontario” movement soon founded a theatre, a publishing house, a festival of “emerging” music and an art gallery in the city. Today, the broad range of French-language or bilingual social and cultural services available to the 42,000 francophone residents make Greater Sudbury a rich and stimulating place to live.

The Sacred Heart College for boys, founded in 1913, and the all-girls boarding school Pensionnat Notre-Dame-du-Bon-Conseil, founded in 1928,were driving forces in the intellectual and social advancement of French Canadians in Northeastern Ontario. Sudbury’s “Monument de la francophonie”, which has several historical plaques, recognizes the importance of the Jesuit college and credits it for giving rise to Sudbury University, which in turn led to the establishment of Laurentian University. Laurentian University is a bilingual institution that now offers about forty programs partially or entirely in French.

One of Sacred Heart’s professors, Father Germain Lemieux, left a particularly remarkable legacy. With the support of the Société historique du Nouvel-Ontario, he conducted ethnological surveys in francophone communities throughout Northern Ontario from 1948 to 1972, assembling an impressive collection of 3,100 traditional songs and 680 traditional tales and legends, handed down orally from generation to generation. The Centre franco-ontarien de folklore (CFOF) now houses this collection, as well as more recent inventories of tangible and intangible Franco-Ontarian heritage. The Centre organizes story-telling and sing-along evenings to keep this heritage alive.

It was also in Sudbury, in 1969, that the first, fully publically funded French-language high school opened, École secondaire Macdonald-Cartier.

In 1971, a group of Laurentian University students founded the Coopérative des artistes du Nouvel-Ontario (CANO), as a reaction to the rise of nationalism in Quebec that redefined French Canadian culture. Their objective was to define their own distinct identity as Franco-Ontarians with minority status. This collective of young artists launched multiple initiatives: they created Théâtre du Nouvel-Ontario, the publishing house Prise de parole and Galerie du Nouvel-Ontario, and formed a musical group called CANO. History students joined the movement and created the Franco-Ontarian flag, which was flown for the first time in Sudbury on September 25, 1975.

These initiatives marked the birth of a distinctive Franco-Ontarian culture. Many leading artists emerged from the movement, including the group CANO-Musique and singer-songwriter Robert Paquette, and gained prominence in Quebec and across Canada. The music festival La Nuit sur l’étang became a signature event. Poet Patrice Desbiens is recognized as one of the best of his generation. Publishing house Prise de parole spurred the development of Franco-Ontarian literature and now has a catalogue of more than 400 published works. The art gallery, Galerie du Nouvel-Ontario, became a catalyst for photographers, painters and other artists.

This movement, which began in Sudbury, created a strong new identity for all Ontario Francophones.

Sudbury’s francophone cultural scene todaySudbury remains a thriving centre of Franco-Ontarian identity and vitality. Its substantial francophone community, residing primarily in the city neighbourhoods of Flour Mill and New Sudbury and the former municipalities of Hanmer, Val Caron, Chelmsford and Azilda, accounts for one-quarter of the population of this big urban agglomeration.

Bilingual Laurentian University and French-language Collège Boréal deliver quality post-secondary education and both host many social and cultural activities in French. There are also six French-language high schools in the area.The Regroupement des organismes culturels de Sudbury launched a major project to create a cultural complex, Place des arts, which is scheduled to open in 2020 and will stimulate French life and culture for years to come.

There are also many cultural leisure activities on offer for a francophone population of this size. The community and cultural centre, Le Carrefour francophone, plays an active role with local youth and is preparing the next generation of engaged Francophones. Théâtre du Nouvel-Ontario stages four plays for adults each season and three for young audiences. Concert promoter La Slague presents ten or more concerts by francophone artists every year. And La Nuit sur l’étang has its much-anticipated annual gala concert, to which was recently added the French Fest. The artist-run Galerie du Nouvel-Ontario, showcasing contemporary francophone visual arts, is part of a national network and puts on regular gallery exhibits as well as extra-mural events like the Foire d’art alternatif de Sudbury. The francophone book fair, Salon du livre de Sudbury, is held in May every even-numbered year, and in odd-numbered years it organizes a literary festival and reading marathon. As for history and heritage, the Flour Mill Museum depicts the life of workers in this French-Canadian district and of the region’s colonists. Lastly, the weekly newspaper Le Voyageur, founded in 1968, and radio stations Le Loup-FM and Radio-Canada CBON provide French-language information and entertainment for Francophones in Sudbury and Northern Ontario.

Among Sudbury’s major bilingual attractions are Science North, a science centre with a focus on geology, natural sciences and history, Dynamic Earth, which offers guided tours of the Big Nickelmine where many Francophones worked, and the Art Gallery of Sudbury.

Grand Sudbury ON CA
Get directions
Go to Top