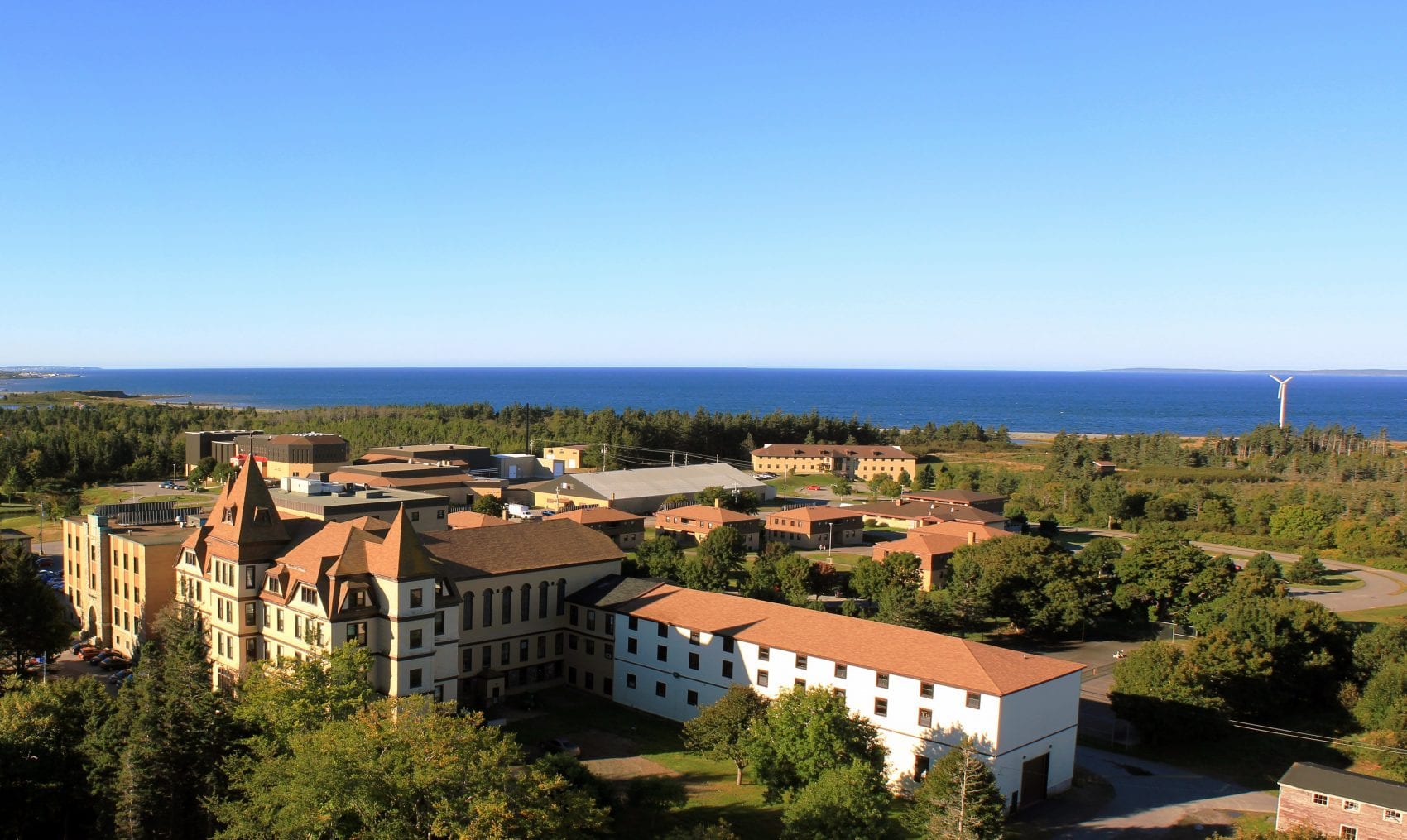 Sainte-Anne University, the only Francophone university in Nova Scotia, is located in Church Point (Pointe-de-l’Église), in the municipality of Clare, the largest Francophone region in the province. It inherited a college founded by Eudists in 1890 and has since played a central role in enabling Acadians to achieve their full potential. This major facility provides local residents with cultural, sports and tourist services dispensed in French, enabling the university to maintain an exceptionally close relationship with the community. Its satellite campuses in Halifax, Tusket, Petit-de-Grat and Saint-Joseph-du-Moine, enable it to extend its influence to the other Francophone communities of the province. Its Acadian Centre, which is open to the public, has collected an impressive corpus of archives.

In summer, the Rendez-vous de la Baie, located on Sainte-Anne University campus, houses a tourist information centre, an interpretive centre on the history and culture of the Acadians of Baie Sainte-Marie (municipality of Clare), a café, an art gallery and a performance hall. The Acadian festival of Clare, the oldest Acadian festival, takes place partly on the campus. In wintertime, the university’s cultural activities and sports facilities are open to both local residents and students.

In addition to its welcoming attitude, the university also has a five-kilometre pedestrian trail, Petit Bois, which surrounds the campus, and Pointe-de-l’Église church, a stone’s throw from the university’s main buildings. The church is reputed to be the largest church built of wood in North America, an extraordinary accomplishment by local carpenters. We can understand why this institution of higher education is not reserved exclusively for students.

A decisive impact on the Francophone community

It is nonetheless in the area of education that Sainte-Anne University makes its most invaluable contribution. Thanks to the Eudist fathers who came from France in the late 19th century, the Acadians of Nova Scotia were finally able to start receiving higher education in French in 1890. In the spirit of the “classical” training of the time, Collège Sainte-Anne also became a centre of cultural activities, including literary circles, theatrical and musical performances, and sports, in accordance with the saying “a healthy mind in a healthy body.” For 78 years, Collège Sainte-Anne played an essential role by protecting the French language and training an Acadian professional elite.

When the Eudists left in 1968, the determination of Nova Scotia’s Acadians prevented the college’s closure by the Nova Scotia government and helped to transform it into today’s Sainte-Anne University, thus perpetuating the indispensable role of French‑language postsecondary education in the province, while also serving as a cultural and sports centre. The university, which serves a Canadian and international clientele and primarily dispenses college and university training in education, humanities, pure science, administrative sciences and health, has had a significant impact on maintaining an articulate and prosperous Francophone community in Nova Scotia, especially since 2002, when it merged with Collège de l’Acadie, founded 10 years earlier to offer high caliber French-language technical and professional training.

Training in French as a second language

French immersion courses have become increasingly popular in Canada, with the exception of Quebec, where Francophones are in the majority. As a result, the need for competent teachers in French and in French as a second language is growing. Sainte-Anne University has a good reputation in this area. Its own French immersion courses are very popular with both Canadian and foreign students. Dispensed year-round in an intense community atmosphere where teachers and students interact socially during training and recreation periods, immersion training provides an opportunity to learn French, become familiar with the history of the Acadians and make friends. Many Acadian descendants from Louisiana come back to their native land to take this training in the summertime.

At the Acadian Centre, a library, print and photographic archives, and a genealogical database on Acadian families of southwest Nova Scotia (municipalities of Clare and Argyle) enable professionals, history buffs and visitors to explore the heritage of Nova Scotia’s Acadians in a relaxed atmosphere.