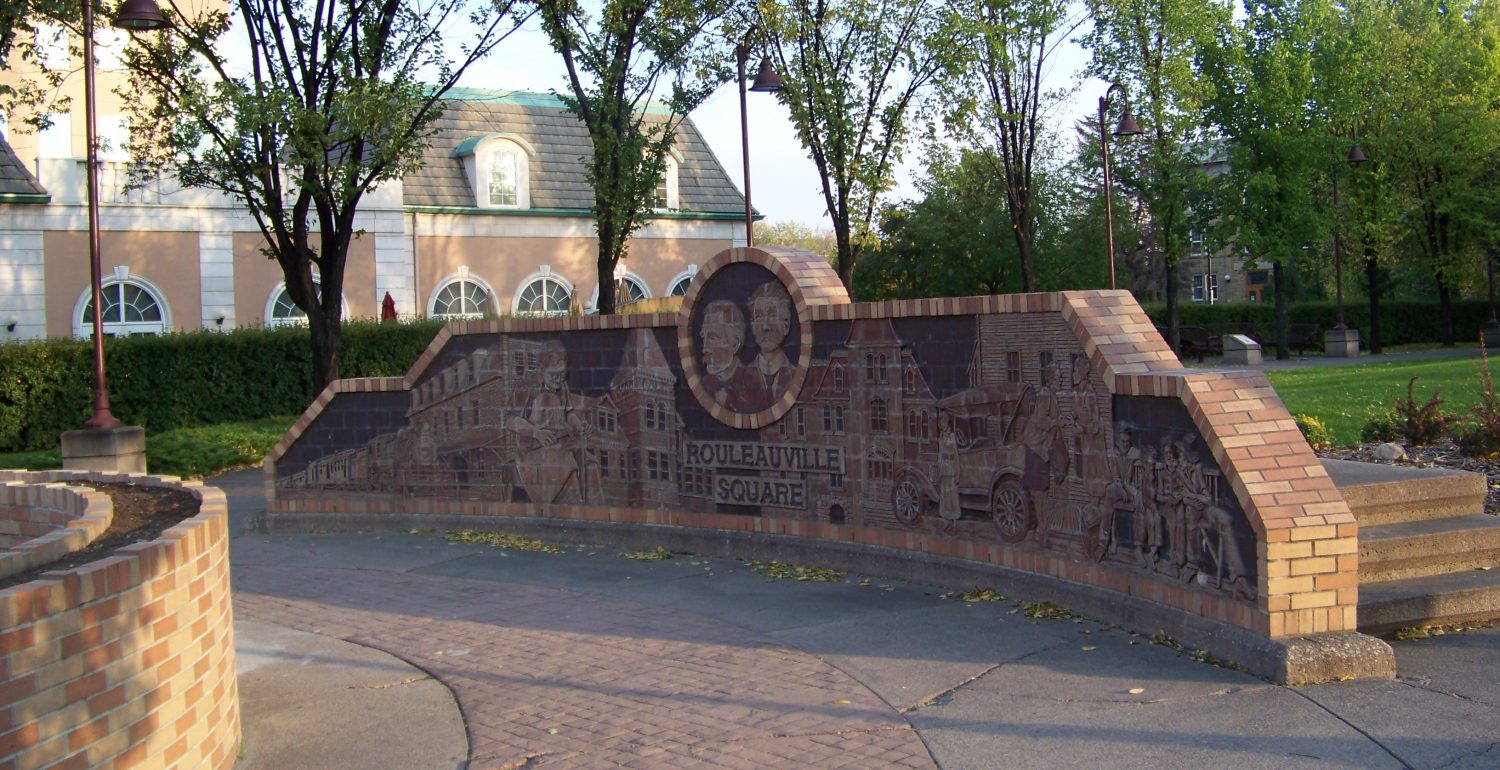 The Rouleauville neighbourhood evokes the French roots of Calgary. Francophone merchants and missionaries arrived in the area around 1850, and the first permanent mission was established in 1872. Father Doucet, who ran the mission, accompanied Ephrem Brisebois, the commander of the North West Mounted Police, up to the junction of the Bow and Elbow Rivers in 1875. There, they built Fort Brisebois, which would be renamed Calgary a year later. The first parish of this nascent community, Notre-Dame-de-la-Paix, had a majority of Francophone Métis and French Canadians. Among them, the brothers Charles and Édouard Rouleau played a leading role. The heritage of Rouleauville honours the memory of these Francophones.

Highlighting Rouleauville’s Francophone heritage since 1995 is a good example of the recent recognition of the contribution that Francophones made to the development of Calgary and Alberta, and also to the neighbourhood’s rich contemporary social and cultural fabric. In the vicinity of Rouleau Square’s bilingual interpretation park, guided walking tours enable visitors to discover various aspects of Francophone heritage, going back to the first years of the City of Calgary.

Édouard and Charles Rouleau, born at L’Isle-Verte, Quebec, arrived in Calgary in the late 1880s. They immediately became leaders in the community. In 1888, Édouard, who was a physician, became the first president of the Société Saint-Jean-Baptiste, which defended Francophone interests. He was also appointed Belgian consul in the North West Territories and was one of the first members of the North West Territories Medical Association. A few years later, he became head physician of Holy Cross Hospital, founded by four Grey Nuns from Quebec in 1891.

Édouard’sbrother, Charles, who was a judge, had been sitting since 1883 on the Council, then on the Assembly of the North West Territories (which then included all of what is now Western Canada). He was also a member of the Bureau of Education of these territories. In this capacity, he was able to maintain the right to education in French of Francophone Catholics in this immense territory, up until legislative changes were made in 1891 and 1892. A respected judge, he and his wife threw magnificent receptions in his house, which was recognized as one of the most luxurious in Calgary. The functions hosted at Castel aux Prés, as the house came to be known, enlivened social life in the nascent community. The influence of the Rouleau brothers was so great that the unofficial name of the Francophone village, Rouleauville, was duly incorporated in 1899.

From Rouleauville to Calgary’s Mission district

Francophones were the majority in Calgary for a very short time. The Métis, who were interpreters or drove oxen teams, and the French Canadians who had come to work on the railways, who together made up the majority of the population in the 1880s, were quickly eclipsed by the influx of a great many non-Francophones in the province.

In 1899, when the name Rouleauville was incorporated, the Francophone village had a population of 500, while Calgary already had 4,000 inhabitants. Demographic growth was so strong that Calgary annexed Rouleauville in 1907, with a population of around 15,000, the great majority of whom were Anglophones. The annexed neighbourhood took the name of Mission and increasingly lost its French character.

Anglicization, which had already begun in 1889 when the name of the parish was changed from Notre-Dame-de-la-Paix to St. Mary’s, continued even more strongly. The laws of the Province of Alberta, created in 1905, and the municipal bylaws restricted the right to education in French. Francophone street names started disappearing. Masses were celebrated in English only, starting in 1913, since the Francophone Oblate priests were replaced by Anglophones. As elsewhere in Alberta, the Francophones of Calgary entered a difficult period.

Gradually, from 1926 on, with the creation of the Association canadienne-française de l’Alberta, the French Canadians of the province got organized to maintain their language and culture. The first decisive victories were nevertheless long in coming. They included the opening of École Saint-Antoine in 1984, the first Francophone Catholic school in Calgary. Steady progress has been made since, as shown by the desire to showcase the heritage of the founding Francophone period of Calgary at Rouleauville.