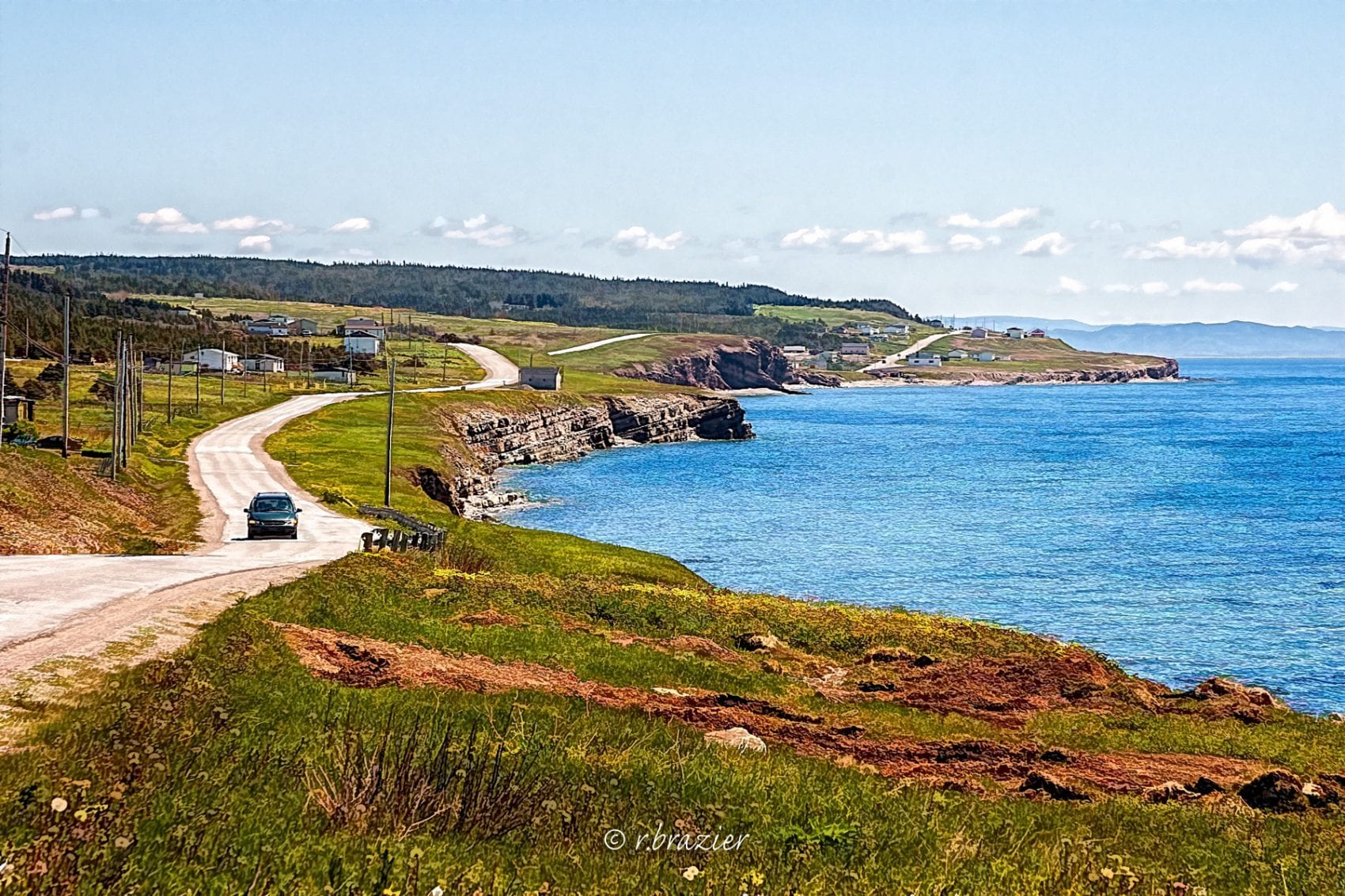 Located on Newfoundland’s west coast, Port au Port, was one of the first regions frequented by the French in North America, in the early 16th century. This peninsula, whose form suggests the image of a ship’s sail billowing in the wind, includes three Francophone and Acadian communities: Cape St. George at the southwest tip, Mainland (La Grand’Terre) on the west coast, and Black Duck Brook (L’Anse-à-Canards) at the northwest tip. These fishing communities, which have preserved a rich oral tradition, are connected to each other by a panoramic road, the French Ancestors Route, which visitors can take to discover the cradle of the Francophone community in Newfoundland and Labrador and the majestic Gulf of Saint Lawrence.

Following in our ancestors’ footsteps

The French Ancestors Route (Highway 463), which runs along the west coast, passes through three Francophone communities on the Port au Port Peninsula. At Cape St. George, visitors can view the Acadian Monument in Boutte-du-Cap Park. Inaugurated in 2010 by the Commission de l’Odyssée acadienne and the Fédération des francophones de Terre-Neuve et du Labrador, it commemorates the arrival of the Acadians in Newfoundland after the Deportation. The park has a functioning bread oven, where old-world know-how is perpetuated, and offers a splendid vantage point to observe whales, birds and the oceanic panorama of the Gulf of Saint Lawrence.

After travelling some 15 kilometers to the north, visitors reach Mainland, where they can discover the Cercle des Mémoires Museum. A tour of the museum makes it possible to better understand the lifestyle of the peninsula’s first French occupants, thanks to various artifacts associated with religious and school life, and domestic items and equipment associated with fishing and agriculture. The Centre scolaire et communautaire Sainte-Anne, also located in Mainland, offers a regular program that includes performances, film screenings and various cultural events.

Continuing along Highway 463, visitors travel along a coastline whose wild beauty extends some 30 kilometers to L’Anse-à-Canards. The town comes to life every August, when a popular folklore festival is held, Un plaisir du Vieux Temps, which brings together Francophone and Anglophone artists in a joyous cultural communion. Heritage specific to the Port au Port Peninsula has pride of place.

Today, nearly 700 Francophones have settled on the Port au Port Peninsula, for the most part descendants of Acadians and French fishermen. They are encouraged to appreciate the heritage of this region, which is still very much alive, by carrying out archival and genealogical research. Several oral traditions of the community have been collected and are preserved at Memorial University’s Centre d’études franco-terre-neuviennes in St. John’s.

The Association régionale de la Côte-Ouest (ARCO) is the umbrella organization for the three Francophone organizations of the region, namely L’Héritage de l’île Rouge, Les Terre-Neuviens Français and Chez les Français de L’Anse-à-Canards. These associations promote the sense of pride for the French language and culture, while encouraging Anglophones to participate in the various artistic and cultural events that enliven these communities. The entire Port au Port population and all visitors are invited to celebrate the most deeply rooted French presence in the province.

The west coast region of Newfoundland was one of the first places in Canada to welcome Francophones. They settled there in several waves. In the 1520s and 1530s, many Frenchmen and Basques were already fishing Newfoundland’s banksand along the island’s coast. They built temporary facilities on the shore to dry their fish. L’Île Rouge, across from Mainland, was long used as a home port by hundreds of seasonal fishermen. Small groups of these fishermen, including those who lived on the Port au Port Peninsula, gradually acquired more sedentary ways and settled permanently in the region.

After the Treaty of Utrecht was signed in 1713, the island became exclusively British, and more Anglophone colonists settled there. However, some pockets of Francophones subsisted in spite of the fact that they were not allowed to settle permanently on the island. Nonetheless, their remote communities and Newfoundland’s low population density enabled them to do so. The first Acadians arrived in the region of Port au Port between 1760 and 1780, shortly after the Deportation, followed by a second wave between 1820 and 1850, this time from Cape Breton and the Magdalen Islands. The town of Cape St. George was founded in 1837, while the first families settled in Black Duck Brook in 1840, to fish for cod and lobster. Isolated but proud and resourceful, these communities have survived and continue to thrive today.