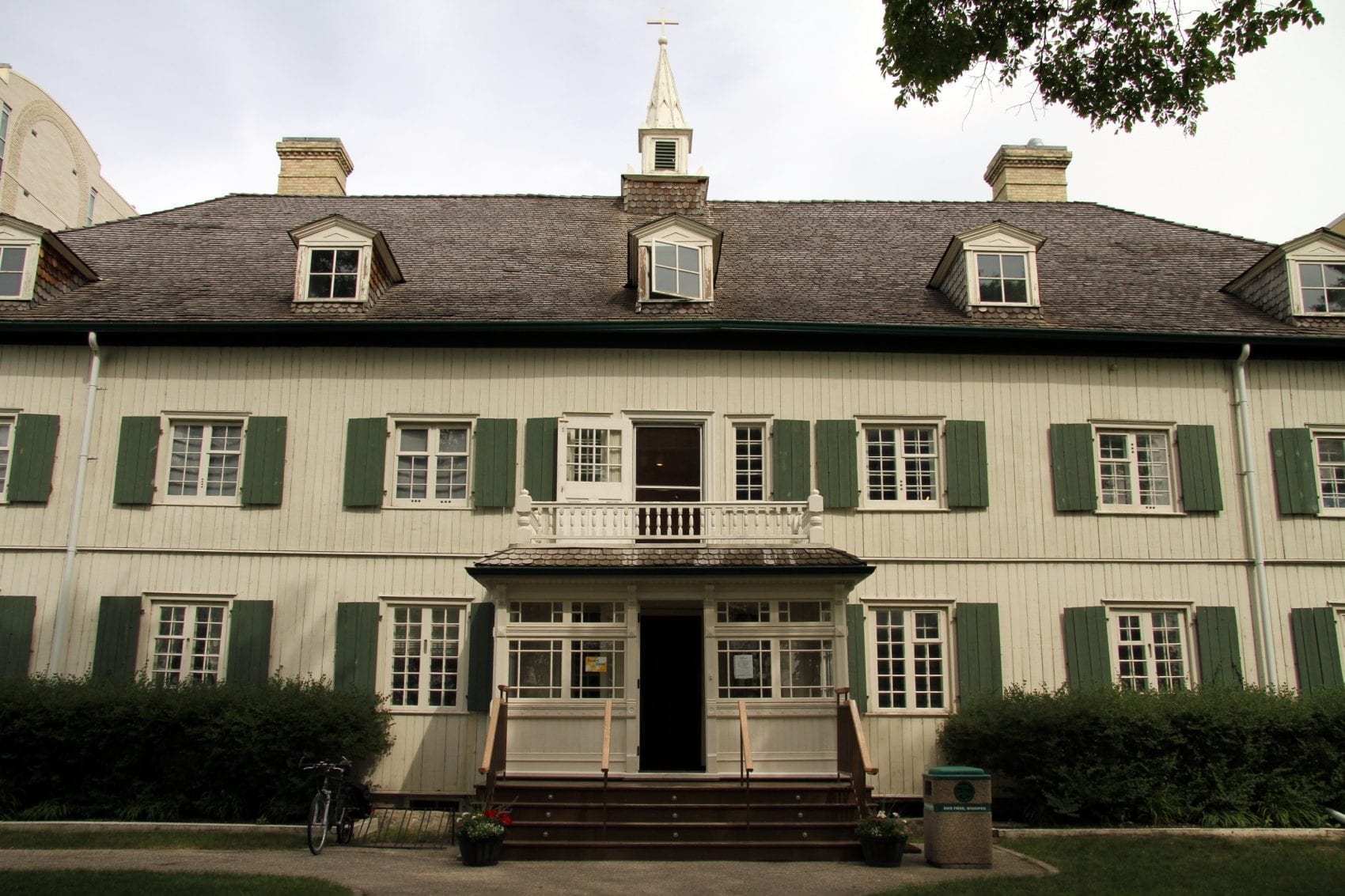 Saint-Boniface Museum’s mission is to preserve and promote,the building in which it is housed, the former Grey Nuns’ convent constructed between 1845 and 1851. The historical and architectural value of this magnificent oak-log structure, the oldest building in Winnipeg, has been recognized by the federal and Manitoba governments as well as the City of Winnipeg. The building alone is worth the trip. The Museum spotlightsthe pioneering contribution of the Grey Nuns to education and health care in Western Canada. It also has the largest collection of Louis Riel’s personal belongings. A visit to the Saint-Boniface Museum provides a window into the culture of the Red River Métis and the role of French-speaking Canadians in the settlement and development of Manitoba.

The Museum and the history of Manitoba

Saint-Boniface Museum’s permanent exhibits illuminate various stages in the province of Manitoba’s development, from the start of the fur trade in the 18thcentury up to urban life in the mid-1900s. As visitors move from room to room, the objects on display walk them through the evolution of the francophone Métis and French-Canadian communities in what is now Manitoba: a Métis camp around a Red River cart, a loom stressing the importance of textile arts, hand-crafted furniture reflecting rural life in the late 19thcentury and furnishings from St. Boniface’s first bourgeois homes in the 1920s. The Museum also pays tribute to the dedication of the Grey Nuns, who were the first to educate the people and nurse the sick, from orphaned children to the most elderly, throughout the West. The Catholic Church’s role in shaping Manitoba’s social structure is also addressed. The objects on display are selected from the Museum’s abundant collections for their relevance and historical significance.

The permanent exhibit on Louis Riel, the leader of the Red River Métis Rebellion, is particularly poignant and rich in artifacts. It features the trunk he took with him when he went to study in Montreal, the moccasins and Assomption (or arrow) sash he wore as an adult, one of his crucifixes, the hood that covered his face when he was hanged and the coffin in which he was carried from Regina to St. Boniface, where he is buried. Louis Riel is a compelling figure in Canadian history, and is probably the most written-about.

Guided tours of the Museum are available at any time (with advance notice in off-peak season). Tours last about one hour and provide personalized additional information on the various exhibits. Local residents can also take classes on Métis beadwork and learn how to make moccasins, tobacco pouches and mittens.

As attendance increases in the summer months, the Museum steps up its programming. Twice a week, open afternoon workshops initiate participants in the skills and crafts of yesteryear: Métis beadwork, embroidery, carpentry, calligraphy, wool processing, cooking and traditional music. Three times a week, an educational and entertaining outdoor play, In Riel’s Footsteps, starts in the Museum grounds and ends in the St. Boniface Cathedral Cemetery a short distance away, where a number of key figures in Franco-Manitoban history are buried, including Louis Riel and voyageur Jean-Baptiste Lagimodière.

On Louis Riel Day, a Manitoba provincial holiday in February that always falls during the Festival du Voyageur, the Museum features traditional food, music and crafts to showcase the vitality of the Métis culture. Special programming is also offered on Canada Day and during the Christmas holidays, including a Christmas craft sale that lasts for several days.

The Museum moves to the former Grey Nuns’ convent in 1967

In 1956, when the Grey Nuns left their historic convent, the Société historique de Saint-Boniface immediately began campaigning to save the precious building. The Société proposed moving its small museum to the convent to better showcase the objects it had been collecting since it was founded in 1902 and partially displaying since 1939. The City of St. Boniface and the Société created the Saint-Boniface Museum Board to spearhead the project and raise the necessary funds. With funding from the three levels of government, federal, provincial and municipal, major restoration work was completed and the Saint-Boniface Museum was able to open temporarily in 1967, for Canada’s Centennial. Now a municipal museum of Winnipeg, the Saint-Boniface Museum attained its current stature in 1995, after another major restoration of the former Grey Nuns’ convent.

Saint-Boniface Museum’s collection of some 30,000 artifacts of the French-Canadian and Métis cultures is the largest in Manitoba. An average of 20,000 people visit the Museum every year.