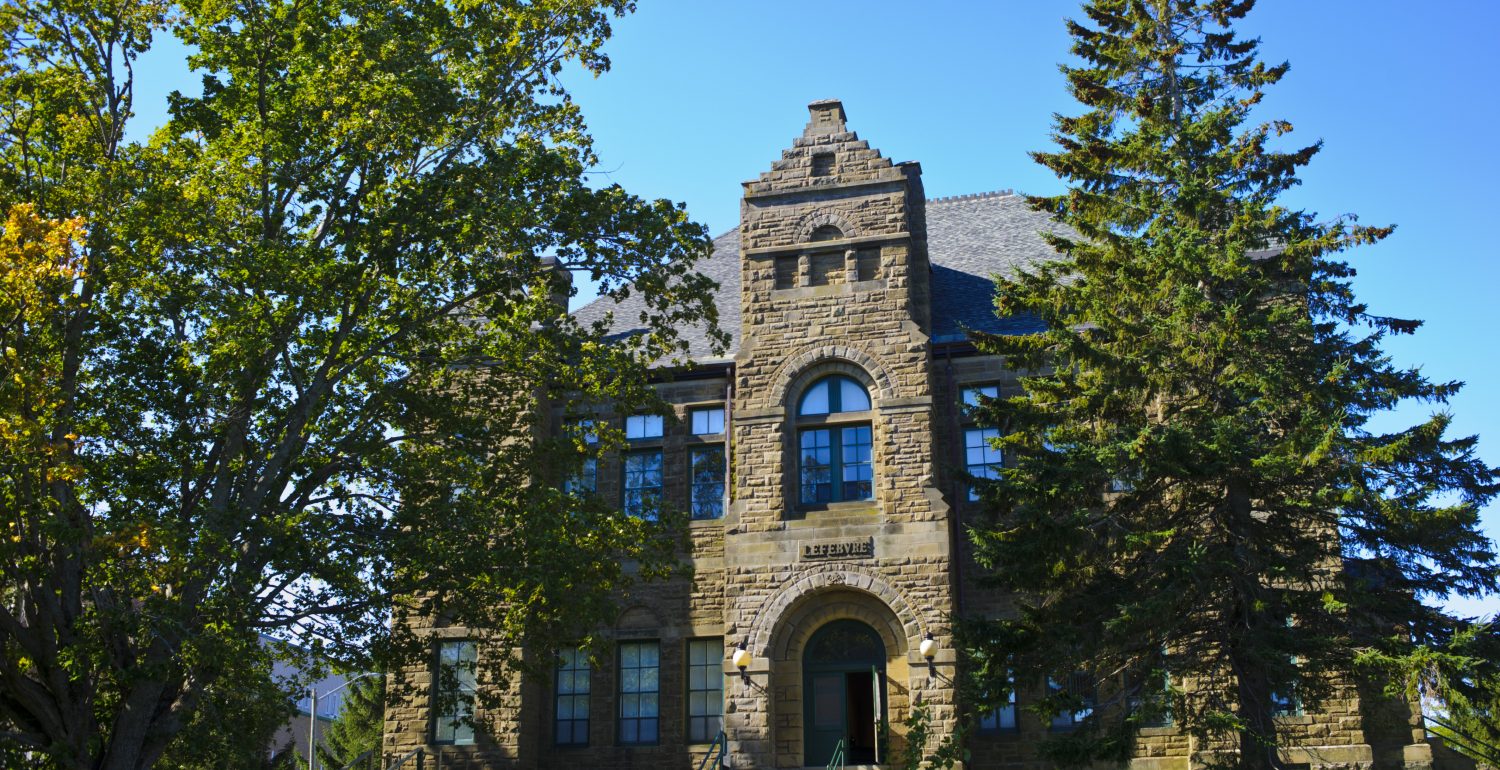 Monument-Lefebvre, inaugurated in 1897, is a magnificent stone building originally intended to honour and disseminate Acadian culture. The addition of this concert hall to St. Joseph’s College—which became the first Acadian university in 1888—contributed to the growing influence of this flagship institution of the Acadian Renaissance. Today, Monument-Lefebvre is continuing with its mission of disseminating Acadian culture and history by regularly presenting Francophone Acadian musical shows and plays. The Monument also offers guided tours of the building and has an exhibit showcasing the Acadian odyssey, focusing on the Acadian Renaissance in the late 19th century.

In this heritage concert hall, renowned for its exceptional acoustics, touring professional troupes and local community company Troupe du Monument often present comedies, the genre that the public loves most, and plays in the Acadian repertoire. In terms of music, folk and pop are the best fit for this intimate, 275-seat hall. Emerging and established artists perform to the delight of spectators. The programming is almost entirely Francophone, except for a few Anglophone Acadian artists.

The building, classified as a National Historic Site of Canada since 1994 because of its architecture and historic role, offers guided tours where people can visit the stage and performers’ dressing rooms, including the hidden nooks and crannies of the building, and learn about the many architectural details. The tour summarizes the Acadian odyssey since the Deportation of 1755, with a focus on the period known as the Acadian Renaissance, which began at Memramcook in the 1860s with the creation of the first permanent Acadian college of higher education, St. Joseph’s College. The tour also emphasizes the contemporary vitality of New Brunswick’s Acadian community.

In honour of Camille Lefebvre

Monument-Lefebvre is an addition to St. Joseph’s College, which Father Camille Lefebvre founded in 1864. The objective was to provide the college with a concert hall and science laboratories. Since this energetic priest, a native of Lower Canada (now Quebec) had done so much to develop higher education at Memramcook and elsewhere in Acadia, and had just passed away (in 1895), the new building was named in his honour.

Abbé Lafrance opened the first college at Memramcook in 1854, St. Thomas’s Seminary. However, since he was unable to repay the loans taken out to open and operate the college, he had to close it in 1862. Abbé Lafrance then sold his property and asked to be replaced as the parish priest. It was at that moment that Camille Lefebvre came into the picture. He had the support of the episcopate, and knew how to navigate the divergent interests of the Francophone Acadians and the Irish and Scottish Anglophone Catholics. St. Joseph’s College was to be bilingual. In its first 15 years, half its students were Francophone and the other half were Anglophone. Nonetheless, this institution gave impetus to the emerging Acadian emancipation movement. Thanks to the training of an educated elite, Acadians would be able to articulate their claims, open their first newspaper, and hold national Acadian conventions, the first of which was held precisely at St. Joseph’s College of Memramcook in 1881. Father Camille Lefebvre pioneered the development of higher education in Acadia.

Memramcook, Cradle of the New Acadia

The first Acadians settled at Memramcook in the early 18th century, draining the marshes that bordered the Memramcook River. In 1752, there were approximately 250 Acadians living in the area. Most of them escaped the Deportation by fleeing to the north, sometimes as far as New France (present-day Quebec). In the late 1760s, other Acadians settled in the region. In 1781, 960 people were counted in the first parish. The fertile agricultural lands that the Acadians were able to reclaim from the sea by means of their aboiteaux system attracted many people. However, they did not own their land, and many of them moved to the counties of Kent and Westmorland, where they founded Barachois, Cap-Pelé, Bouctouche, Richibouctou Village and other towns.

In 1842, when the issue of land ownership was settled, Memramcook experienced a new period of growth. Ten years later, there were 4,000 people living in the region. It was this relatively well off and dynamic community that opened the first permanent college in 1864, which educated many members of the Acadian elite who went on to lead the emancipation movement known as the Acadian Renaissance.