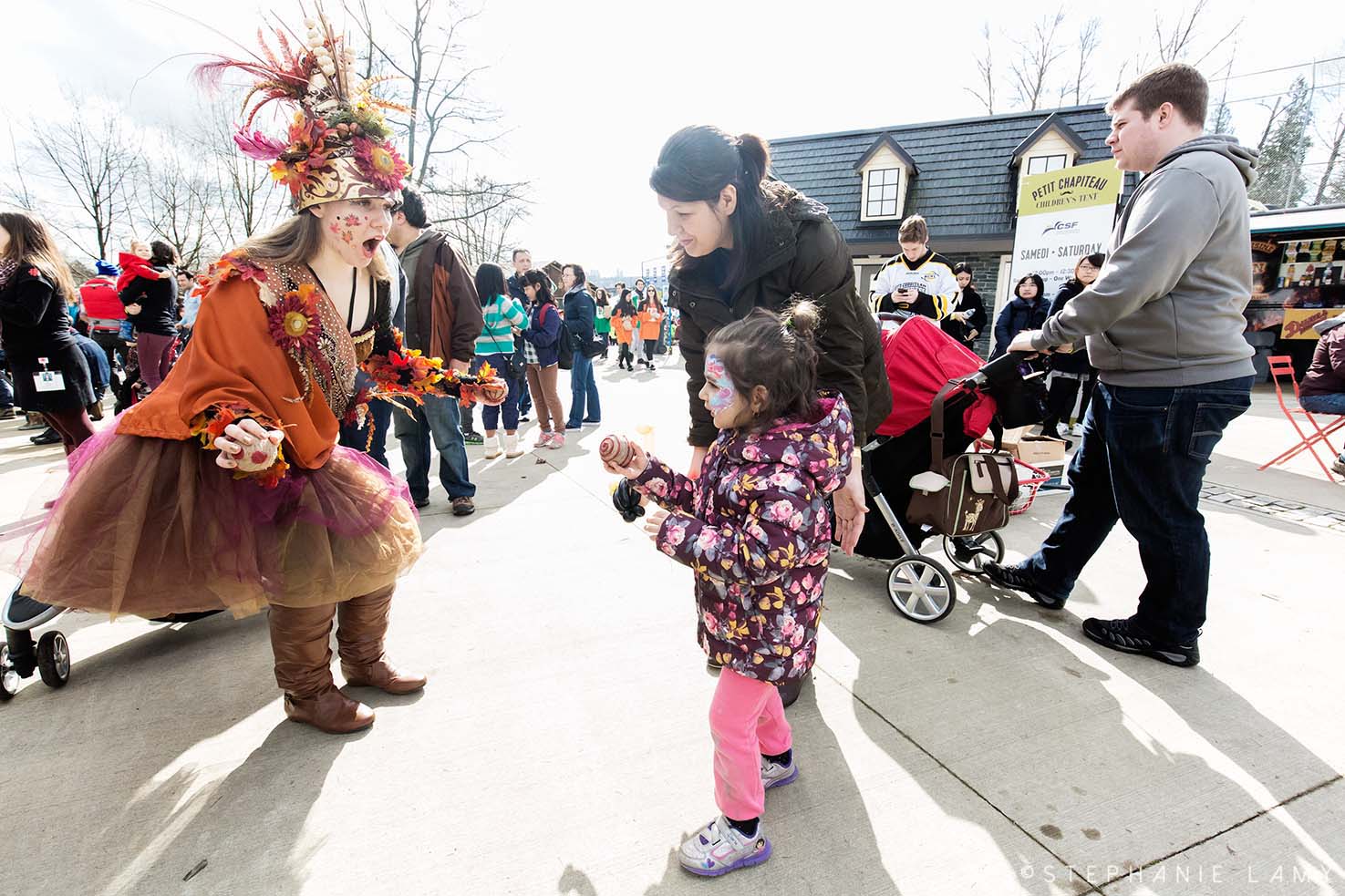 Nestled on the bank of the Fraser River, the francophone village of Maillardville came into being in the early 1900s with the arrival of hundreds of French Canadians recruited to work in the lumber and sawmill industry. For decades, the French language and culture thrived in the community and have now become entrenched in the Vancouver area. Although few Francophones reside in present-day Maillardville, which is now part of the City of Coquitlam, a suburb of Vancouver, the intangible cultural heritage of the founding Francophones lives on today, showcased in the highly popular Festival du Bois. Also helping to sustain the community’s identity is the town’s Heritage Square, which includes several historical buildings. Maillardville remains a francophone hub in the Greater Vancouver Regional Area.

Maillardville’s francophone origins are evident in its street names, the tourist route around Notre-Dame-de-Lourdes [Our Lady of Lourdes] church, and neighbouring historic houses. Heritage Square includes an arts and culture centre, Place des Arts, as well as the old Fraser Mills train station converted into a rail museum, and the Mackin House Museum, offering a permanent display depicting daily life at Maillardville from 1909 to 1960. Interpretive panels dotted throughout the village identify sites and events of importance to the French-Canadians who founded the village and made up the majority of the population for half a century.

Effectively safeguarding the francophone influence in Maillardville is the Société francophone de Maillardville, which organizes the annual Festival du Bois, one of Western Canada’s largest francophone events, attended by thousands of Vancouver-area Francophones and Francophiles each year.

This three-day festival commemorates the traditions of French-Canadian lumberjacks and celebrates French-Canadian culture. On offer are a number of concerts and traditional gatherings, as well as typical sugar-shack fare, keeping alive old-style recipes and know-how in a warm, inviting and characteristically French-Canadian atmosphere. Local francophone associations, artisans and visual artists promote their services and display their work. More than 15,000 Francophones and Francophiles attend the Festival du Bois each year. The featured performing arts (dance, music, theatre) reflect the community’s creativity and recount its history. These social customs and forms of cultural expression, which evolve with each successive generation, reinforce the community’s sense of belonging, promote its continuity and sustain its identity.

The village’s founding and expansion

There has been a francophone presence in British Columbia since the 18th century, when explorers and fur traders crossed the Rocky Mountains and reached the Pacific Ocean. In the 19th century, the first French-speaking Catholic religious institutions were established in Victoria. But the first sizeable French-Canadian community took root in 1909 in Maillardville, on the West Coast.

That year, the Fraser River Lumber Company decided to recruit workers from Quebec and francophone Ontario, who were renowned for their logging and lumbering expertise, to work in its mills in the Fraser Valley. More than 200 French-Canadian workers journeyed by train with their wives and children to Fraser Mills, where they built houses, a school and a church. In a few short years, the dense forest gave way to a prosperous village of more than 500 residents, with shops, a convent, a post office, and a police and fire station. The village was named Maillardville, in honour of Oblate Father Edmond Maillard, originally from France, who served as the parish’s first priest.

During the Great Depression of the 1930s, the workers’ struggle to keep their jobs and combat salary decreases forged solidarity among the villagers. Around the same time, French Canadians from the Prairies, mainly from Willow Bunch in Saskatchewan and St. Boniface in Manitoba, came to Maillardville seeking better living conditions. This wave of migrants so increased the population that in 1946, a second Catholic parish was established, with its own church and school, and the first bank, a Caisse Populaire, opened soon after.

For many years, Maillardville was the largest francophone community west of the Rockies, but its French-speaking population has been constantly declining since the 1960s. A number of organizations are committed to maintaining the francophone presence, including the Société francophone de Maillardville, the local Scouts (Association des Scouts francophones de Maillardville), the seniors’ centre and home (Centre Bel-Âge, Foyer Maillard), the Échos du Pacifique choir and the arts and culture centre Place des Arts. Together, they are working to promote, document and perpetuate Maillardville’s francophone heritage.

Coquitlam V3K 4T5 BC CA
Get directions
Go to Top