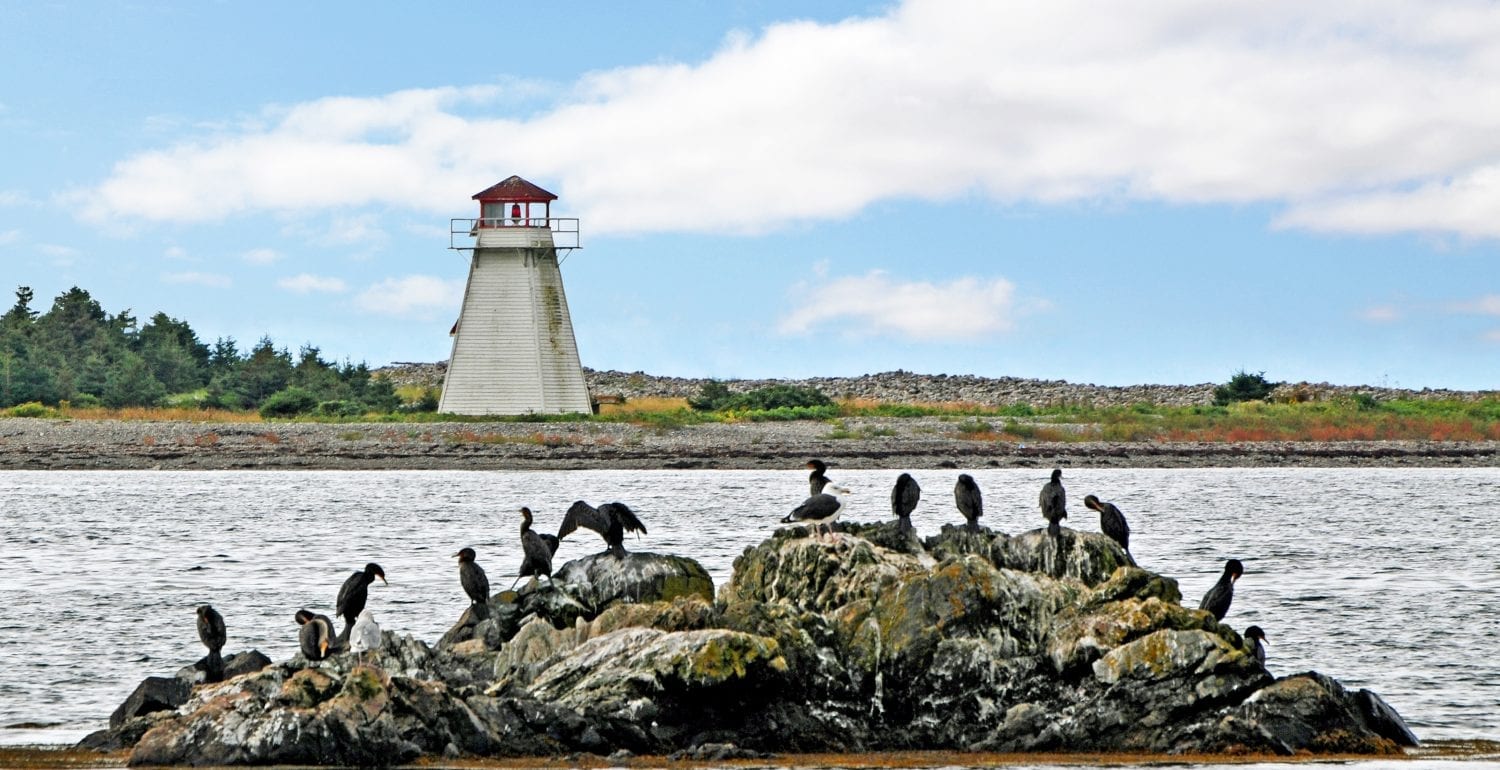 The people of Isle Madame, located southwest of Cape Breton Island, have historically depended on fishing for their livelihood, and continue to do so to this day. Following the Basque pioneers who gave the island many of its place names, such as Petit‑de‑Grat and Arichat, Acadians became the island’s first permanent settlers. After a period of prosperity in the time of New France, the Deportation turned their lives upside down. Later, shipping and shipbuilding joined fishing as the drivers of economic growth and settlement. Today, Isle Madame has a population of 4,000, mostly Acadians, who have preserved their traditions as well as their rich accent. Surrounded by breathtaking seascapes, Petit‑de‑Grat’s cultural community centre, La Picasse, is an anchor of Francophone social and cultural life, with a theatre, arts and crafts boutique, genealogy centre and tourist information desk. In Arichat, the LeNoir Forge Museum showcases shipbuilding’s significant contribution to the island’s history. For outdoor enthusiasts, seafood lovers and anyone looking for a peaceful getaway, Isle Madame is the perfect destination.

Enjoy the relaxed pace of a bygone era

Isle Madame features many inns, bed & breakfasts, charming restaurants and cafés, fish markets selling fresh fish and seafood, and spectacular seaside views from just about everywhere. For visitors, it is an island retreat. Here, Acadians have preserved many aspects of their intangible cultural heritage: songs, music, dance and crafts. Despite the decline in the use of French due to a lengthy period of mandatory English education lasting until 1981, Acadians have also preserved the unique accent of their ancestors. Rare traditions are also still practised on Isle Madame, such as the use of sobriquets, or nicknames, for different family lines in the two largest families: the Samsons and the Boudreaus. Some of these sobriquets include Ayouche, Catou (short for the French “qui a tout”) and Madouesse (which means “porcupine” in the Mi’kmaq language). The island is also an ideal setting for various outdoor activities, such as sailing, kayaking, scuba diving (about a dozen shipwrecks lie off its shores), biking and hiking.

The mission of the Centre La Picasse cultural community centre is to promote the development of the French language and the vitality of the Acadian culture. It welcomes visitors and offers residents a wide range of educational and recreational services. The boutique sells a variety of goods, artwork and crafts produced by local Acadians. The tourist information desk provides information about the island and the region. Shows put on by local artists in the Centre’s 375‑seat auditorium (as well as elsewhere on the island) are open to everyone. The Centre La Picasse also organizes National Acadian Day, on August 15, marking the end of Petit‑de‑Grat’s Acadian Festival, which could not take place without the community’s many dedicated volunteers.

The Acadian Festival kicks off with a musical performance, followed by various activities held over several days: art workshops, an Acadian supper, story night, fireworks, a dance and an intergenerational softball tournament. One unique, increasingly popular activity is the shark derby, where contestants fish for certain shark species that are abundant in Canadian waters. More than a hundred fishers compete in the event. When they return to the wharf at around four o’clock in the afternoon, a jury measures and weighs their catches and awards prizes to the best fishers. Every year, between 10 and 35 sharks are caught, mainly blue sharks and a few porbeagles. Scientists from the Marine Research Centre at St Anne University’s Petit‑de‑Grat campus use the event as an opportunity to collect data and educate the public.

The LeNoir Forge Museum, located in Arichat and built in 1793 by Frenchmen Thomas and Simon LeNoir, offers forging classes and demonstrations. The tools used and objects produced in this shipbuilding forge are also on display. The forge is the main attraction in a small historic park that also features former maritime warehouses, a central square and interpretation panels recounting the island’s history.

Isle Madame was named in honour of Madame de Maintenon, second wife of King Louis XIV. First visited by transient Mi’kmaq, Basques and Acadians, the island saw its first permanent settlers in 1713. In 1720, seignieurs D’Auteuil and Jaubert established the Marichat seigneury to supply Louisbourg with farm products, fish and timber. Between 1713 and 1758, Isle Madame residents enjoyed flourishing trade with Louisbourg and Boston.

During the Deportation (1755 to 1763), island residents took advantage of their mobility to escape British troops. In rowboats, they sought refuge among their Mi’kmaq allies in the forests of Cape Breton Island. But in 1758, the British set fire to all island settlements, and the Acadians dispersed. Beginning in 1765, some returned and worked as fishermen for the Robin Company. Their living conditions were extremely harsh. Residents of Petit‑de‑Grat were nicknamed “mangeux d’arêtes” (“bone eaters”) because all they could bring home to eat were the heads and backbones of the cod they caught. Meanwhile, the Robin Company kept all the meat, which was filleted, salted and dried to be sold on the lucrative markets of Europe and the West Indies.

From 1840 to 1890, Isle Madame became a transit centre for goods shipped from the West Indies and the United States to Europe. Around a hundred sailing ships could sometimes be seen in Arichat harbour. A few shipyards built and repaired vessels (most notably the LeNoir Forge). Isle Madame became a major Acadian hub, to the extent that, in 1900, the fourth Acadian National Convention was held in Arichat.

With the demise of sailing navigation and wooden ships in the early 20th century, this Acadian community fell on hard times. In the early 1990s, it had to recover from the collapse of the cod fishery. St Anne University then opened a satellite campus in Petit‑de‑Grat to diversify the island’s economy. Its Marine Research Centre contributed to the development of the crab, lobster and shrimp fisheries as well as to sustainable aquaculture. In 1997, the Centre La Picasse cultural community centre opened its doors at its new location.