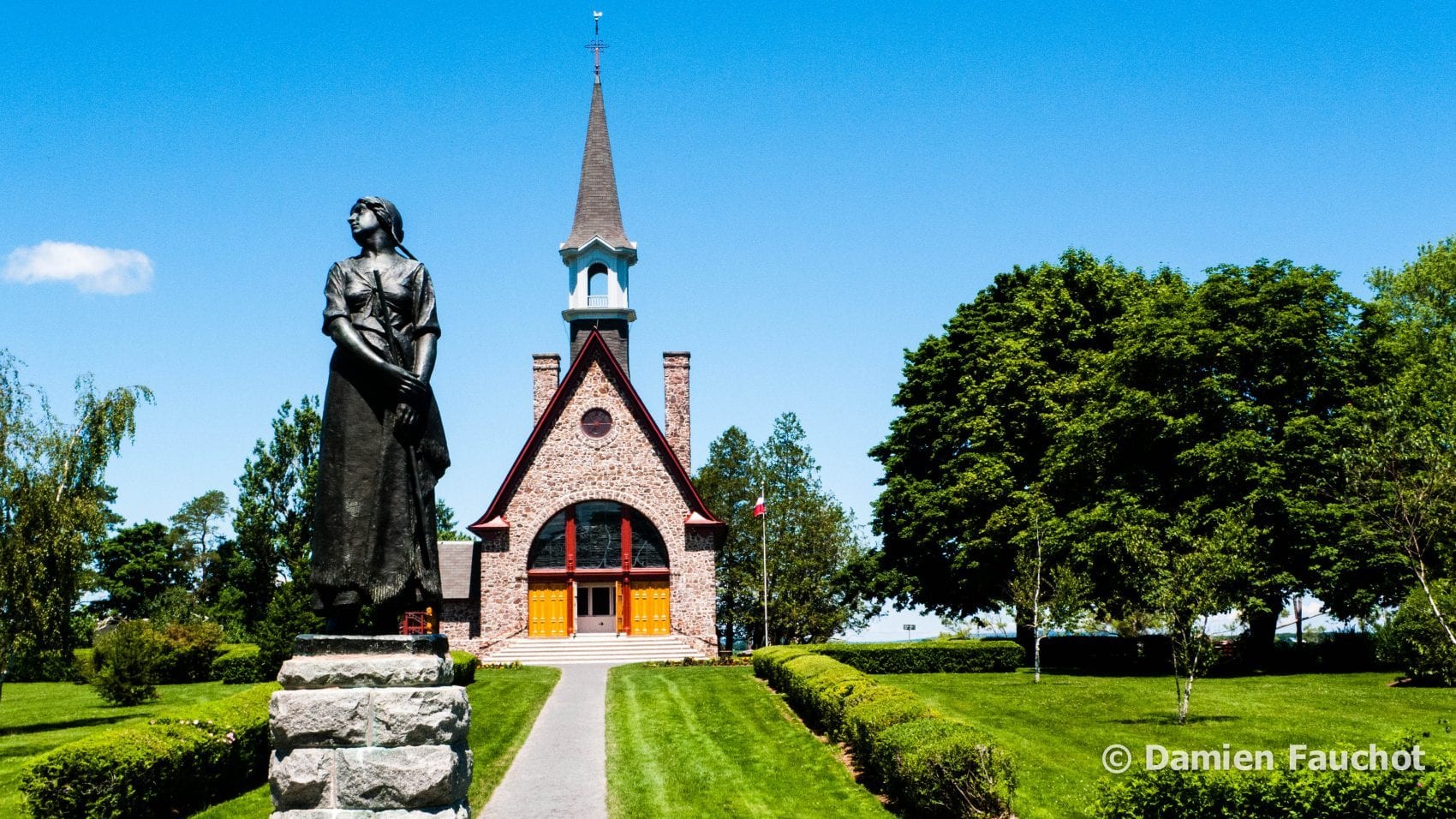 Grand-Pré is a very fertile field that extends beyond the distant horizon. The Acadians claimed this land from the sea by means of an aboiteaux system, which they designed and built here more than 300 years ago. Visitors who come to Grand Pré today find an interpretation centre that tells the story of the farming lifestyle of 18th century Acadians and of their brutal deportation. This collective tragedy, which affected 11,000 individuals and marked Acadian history, began in 1755. This place, so heavy with meaning, has been a UNESCO World Heritage Site since 2012.

Commemorating the resilience of the Acadians

Grand-Pré is one of the many locations where the Deportation took place. However, this particular place has gradually emerged as the principal symbol of this tragic event, in particular because of a celebrated poem composed by American writer Henry Wadsworth Longfellow. The story of Evangeline: A Tale of Acadie, published in 1847, begins in Grand‑Pré. Since the 1920s, an increasing number of gatherings have taken place on this site, laden with memories and meaning. The commemorative chapel, built in 1922, is a central memorial for Acadians, Cajuns of Louisiana and even Quebecers.

Over the years, major commemorations have been added. Grand-Pré has been a national historic site of Canada since 1956. It has also been registered on UNESCO’s World Heritage List since 2012, as it has been an eloquent example of a landscape shaped by human beings for over three centuries. Today, what inspires and moves Grand-Pré visitors the most at this historical site is the extraordinary resilience of the Acadians and their ability to overcome a painful collective tragedy, the deportation from a land that they had fashioned. This proud people was able to bounce back, to gradually flourish again, without being consumed by acrimonious resentment or a desire for vengeance. On the contrary, it is their joie de vivre that best characterizes the Acadians. Their heart is a grand meadow, welcoming and fertile.

A dreamland for Acadians

The Acadians first settled in the region of Port-Royal (today Annapolis Royal) in the first half of the 17th century. They moved to Grand-Pré when they mastered the technique of aboiteaux, which could be applied here to great advantage. This technique involved protecting the marshes located on the borders of the Bay of Fundy from the rising salt water at high tide. These tidal flats, which dried out at low tide, were very fertile. But in order to cultivate them, they first needed to be permanently protected from the sea and desalinated. To accomplish this, the Acadians had to drain the land and erect dikes to prevent the sea from invading the flats at high tide. They then installed a system of aboiteaux across these dykes, which were locks equipped with a valve operated by the tide. This valve closed under the pressure from the rising tide, thus preventing salt water from penetrating the dried marsh. With the ebbing of the tide, the valve opened to enable rain water and soft water to drain from the surrounding lands into the sea.

In this manner, the Acadians were able to develop and inhabit this region, known as the Minas Basin, which was and is still today the most productive land in Nova Scotia.

The nightmare of the Deportation

In 1713, Acadia became a British possession. The English soldiers who occupied this territory, which was inhabited almost exclusively by Francophones, tried to subjugate the Acadians and win them over to the British Crown. The Acadians nevertheless tried to remain neutral. Then, in the 1750s, the British decided to be done with all the French colonies in America. The Acadians were an obstacle, a threat, even, and the authorities adopted a radical solution to get rid of them: deportation.

After disarming the Acadians throughout the Minas Basin, the soldiers gathered the population in the church in Grand-Pré, where the Act of Deportation was read to them. Everything happened very quickly. The ships to transport the deportees were already anchored at sea. Men, women and children were forcibly boarded onto the ships, sometimes in a very haphazard manner, with some families separated. When the overloaded ships travelled to the American colonies, the Acadians’ cattle and lands were redistributed to the British, who enriched themselves from this tragic event. Similar events took place throughout Acadia. Thousands of deportees were to perish from starvation or disease before completing the voyage to Europe or the Anglo-American colonies. It took decades for the dispossessed Acadians who had survived to reorganize themselves.