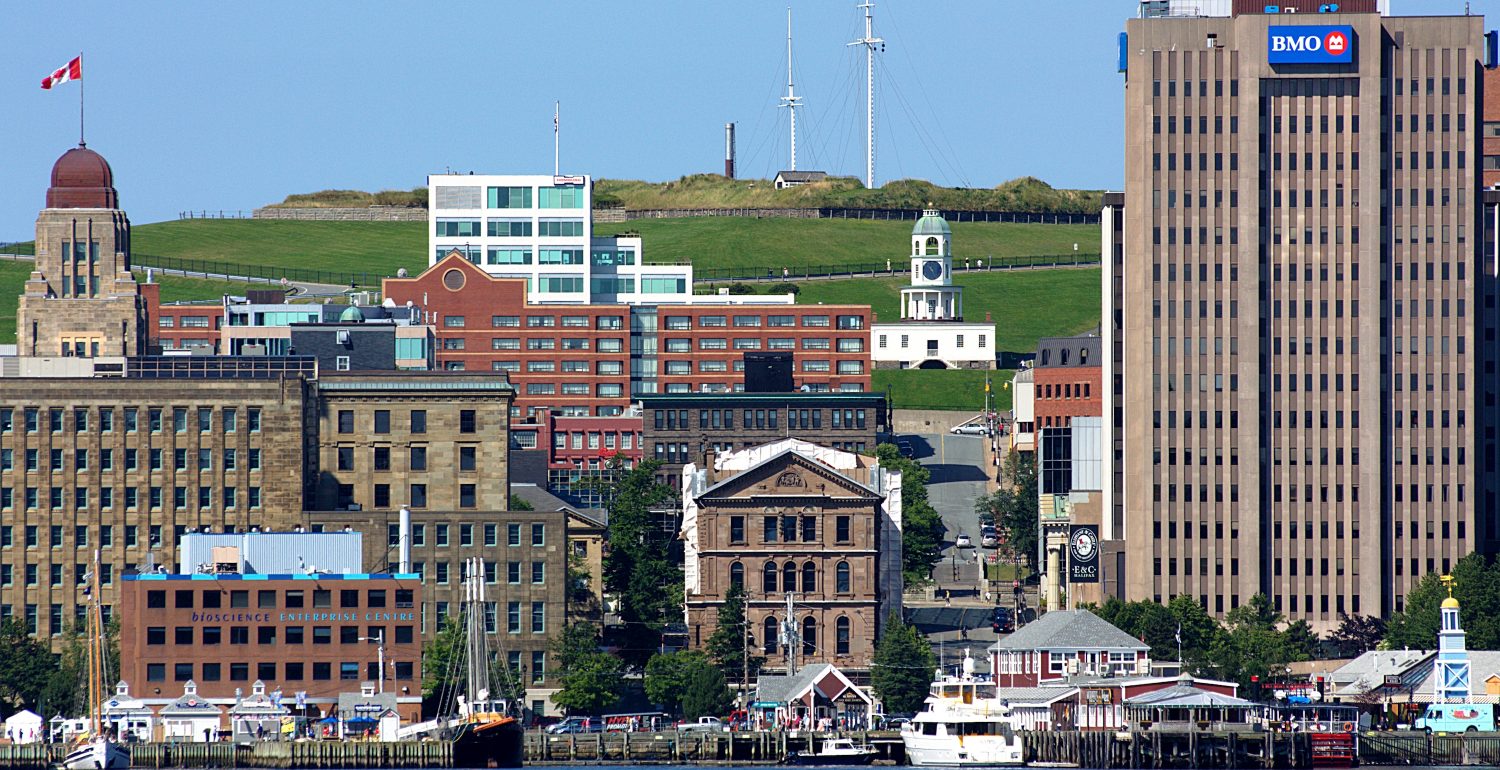 In 1749, the foundation of Halifax and the construction of its impressive citadel marked the true beginning of British colonization in Nova Scotia. Between the start of the Great Deportation in 1755 and the peace treaty of 1763, hundreds of Acadians were held prisoner in Halifax. Once freed, some of them settled in Chezzetcook, 35 kilometres from Halifax. In the 20th century, many Acadians left the rural regions where they had been able to procure land after the Great Deportation to find work in the capital. The naval base and military installations also attracted Francophones from other regions of Canada. Today, the greater Halifax area is home to 10,500 residents who speak French as a first language. They form a large but dispersed community that benefits from a range of educational and cultural resources in French, such as the events at Carrefour du Grand-Havre in Dartmouth, the excursions organized by the Regroupement des aînés de la Nouvelle-Écosse, and the Francofest, a week-long cultural and social event coinciding with the French-language book fair.

The gradual implementation of a Francophone infrastructure

For many years, the chapters of the Société l’Assomption provided the only French-language social support for Acadians in Halifax. In the 1950s, the first French school opened across the harbour in Dartmouth, but was reserved for military families until 1978. Before the foundation of the Fédération acadienne de la Nouvelle-Écosse (FANE) in 1968, Acadians had no provincial representation. From its central office in Halifax, FANE became the main catalyst for province-wide Acadian sociocultural development and contributed substantially to the visibility of Francophones in the capital. One of FANE’s first achievements was to facilitate communication among the various Acadian regions by making Le Courriera provincial weekly. Today, FANE comprises 28 regional and provincial organizations working in areas as diverse as culture, health and literacy.

A few years after the construction of the Carrefour du Grand-Havre community centre, École Bois-Joli and École du Carrefour in Dartmouth, FANE moved across the harbour to be closer to the core of Francophone activities. In addition to FANE, the Maison acadienne houses the Fédération culturelle acadienne de la Nouvelle-Écosse, the Conseil jeunesse provincial and the Regroupement des aînés.

The growth of French immersion classes over the decades is a testament to Haligonians’ openness to the French fact. Canadian Parents for French plays an important role in supporting activities in French. According to the 2016 census, there are 49,575 bilingual people in the Greater Halifax Area, many of whom work for the federal or provincial government or in hospitals.

After the creation of the Conseil scolaire acadien provincial in 1996, other French schools were built to meet the needs of a growing population fed by urbanization and immigration. These new schools created other centres of sociocultural activities in French. The annual French-language book fair, for example, sometimes takes place at École du Carrefour in Dartmouth, and sometimes at École du Sommet in Bedford. The Conseil communautaire du Grand-Havre publishes Le Franco, a monthly newspaper for Francophones and Francophiles, which is also available online. It covers cultural and sports events in the Francophone community and often features stories about Francophone citizens and entrepreneurs in Halifax.

In 2004, the Université Sainte-Anne and the Collège de l’Acadie opened a campus in downtown Halifax where Francophones can complete a college program or a university degree. In recent years, the campus has been welcoming more and more new immigrants to Canada.

The Alliance Française also has an office in the beautiful Hydrostone district, built after the 1917 explosion that destroyed the northern part of the city. The offices are accessible, and the staff gives guided tours to Francophone tourists in Halifax.

Located on high ground, the Halifax Citadel overlooks the city and offers a magnificent view of the harbour. There are a few cafés and restaurants managed by Francophones nearby, including Ratinaud French Cuisine, Bistro Le Coq, LF Bakery, Le French Fix Pâtisserie and Rousseau Chocolatier. Bordering the harbour, along the three-kilometre promenade built for residents and tourists, is the Acadian Odyssey monument across from Georges Island, where Acadian families were imprisoned before being deported, and large museums offering bilingual exhibitions: the Maritime Museum of the Atlantic and the Canadian Museum of Immigration at Pier 21. To fully appreciate Halifax’s maritime vocation, visitors can take the ferry to Dartmouth, where they will find the community centre and several Francophone organizations, as well as other restaurants managed by Francophones. Halifax, a beautiful and thriving city and the political and economic capital of Nova Scotia, is home to the largest concentration of Francophones in the province.