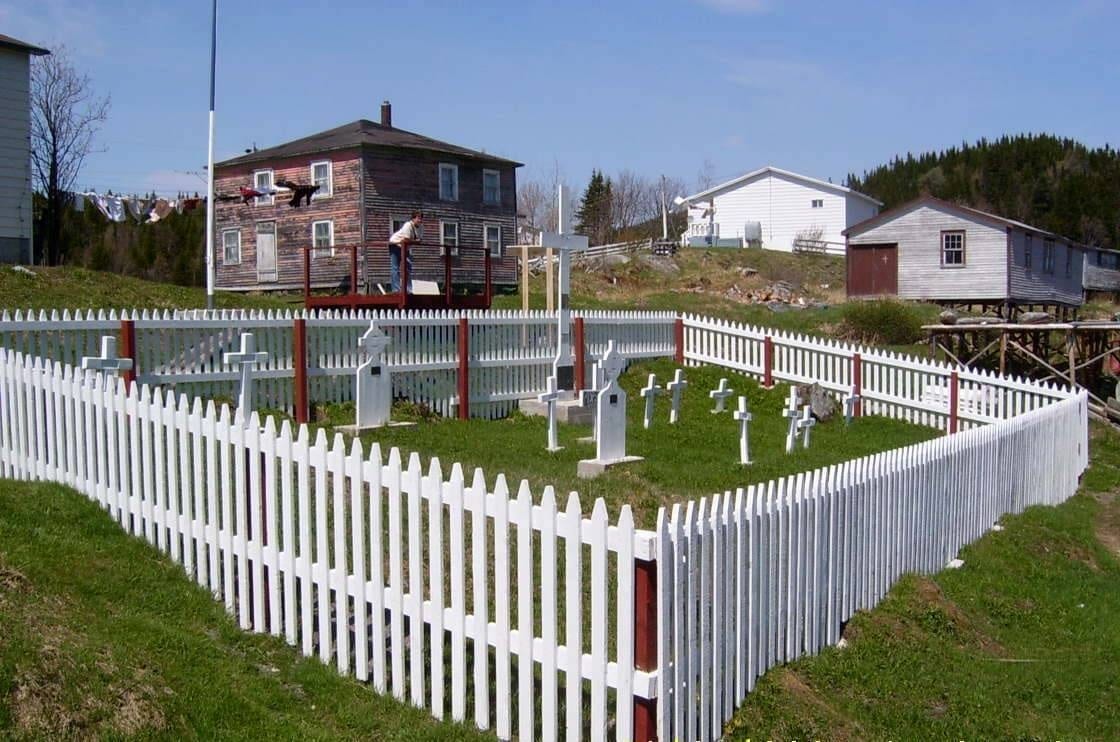 A large portion of the coastal area of Newfoundland is traditionally known as the French Shore because, by the Treaty of Utrecht of 1713, the French acquired exclusive fishing rights from Cape Bonavista to Point Riche. For almost two centuries, they took full advantage of this right and fished along the coast. Gradually, they were replaced by the British, who practised sedentary fishing and, as a result of the Entente Cordiale between France and Great Britain in 1904, were forced to give up their fishing rights in the region. However, their centuries-old presence can still be seen in the abundance of shores, bays, peninsulas and villages with French names, and in the historic and archeological sites along the coast.

Following in the footsteps of history and heritage

The memory of the French fishermen survives in many places along the French Shore. The ruins of bread ovens along the footpaths that follow the shore and the cobble beaches where they dried the cod are a living testimony to their daily activities.

The French Shore Interpretation Centre in Conche has an exhibit on the sites frequented by French fishermen as early as the 16th century, including artifacts from two French ships that sank in a battle with the English in 1707. But its most impressive exhibit is the French Shore Tapestry, a 66-metre-long embroidered tour de force of storytelling inspired by the famous Bayeux Tapestry created to celebrate the 500th anniversary of the French presence in Newfoundland. It tells the story of the French Shore from prehistory to today!

In Port-au-Choix, visitors can take a guided tour in French and watch a demonstration in which bread is baked in a reconstructed French bread oven. At Épine Cadoret, now known as Croque, vistors can admire the inscriptions left by 19th-century French sailors. The small town is home to the only French cemetery on the French Shore, which France kept up until the 1970s.

Visitors to the region will be interested in stopping at Pistolet Bay Provincial Park, a sector occupied by Basque and French fishermen in the 17th and 18th centuries, and Gros-Morne National park, designated a UNESCO World Heritage Site in 1987.

More than a thousand years ago, well before the French arrived, the Vikings visited Great Northern Peninsula in Newfoundland. The L’Anse aux Meadows archaeological site has unearthed several archaeological remains of the long-lost Norse presence.

In the early 16th century, the Basques began fishing for cod along the Newfoundland coast, and were soon followed by the Bretons and Normans. During the summer, they set up along the coast to dry and salt their catch, then returned home across the Atlantic in the fall. Over time, the fishermen started wintering on the island, and a few permanent villages began to spring up.

As a result of the Treaty of Utrecht in 1713, the French lost their Newfoundland colonies, but obtained the right to continue to fish along the coast from Cape Bonavista to Pointe Riche in the northeast, which came to be known as the French Shore. According to the treaty, they could fish, prepare their catch and cut all the wood they needed. Fifty years later, in 1763, the Treaty of Paris maintained these fishing rights, but the territory now had to be shared with British colonists, who gradually began settling there. The 1783 Treaty of Versailles changed the boundaries of the French Shore: the French now had access to less of the east coast, from Cape St. John north of Cape Bonavista, and all of the west coast, from the northern tip to Cape Ray just south of the Port au Port Peninsula, today’s most Francophone region of Newfoundland.

The progressive decline of the French fishery on the French Shore that started in the 1830s, along with the increase in the local English population, led to conflict. In 1904, France ceded most of its fishing rights as part of the Entente Cordiale.

It has been more than a century since the French have fished along the French Shore. However, several majority Francophone villages still exist in the southwestern portion of the island, on the Port au Port Peninsula. They were settled by Acadian cod fishermen and farmers in the early 20th century. Further north, several Anglophone cultural and tourist organizations have been created to prevent the memory of place from disappearing altogether, including the French Shore Historical Society based in Conche, which preserves and gives life to the region’s Francophone material and cultural heritage.