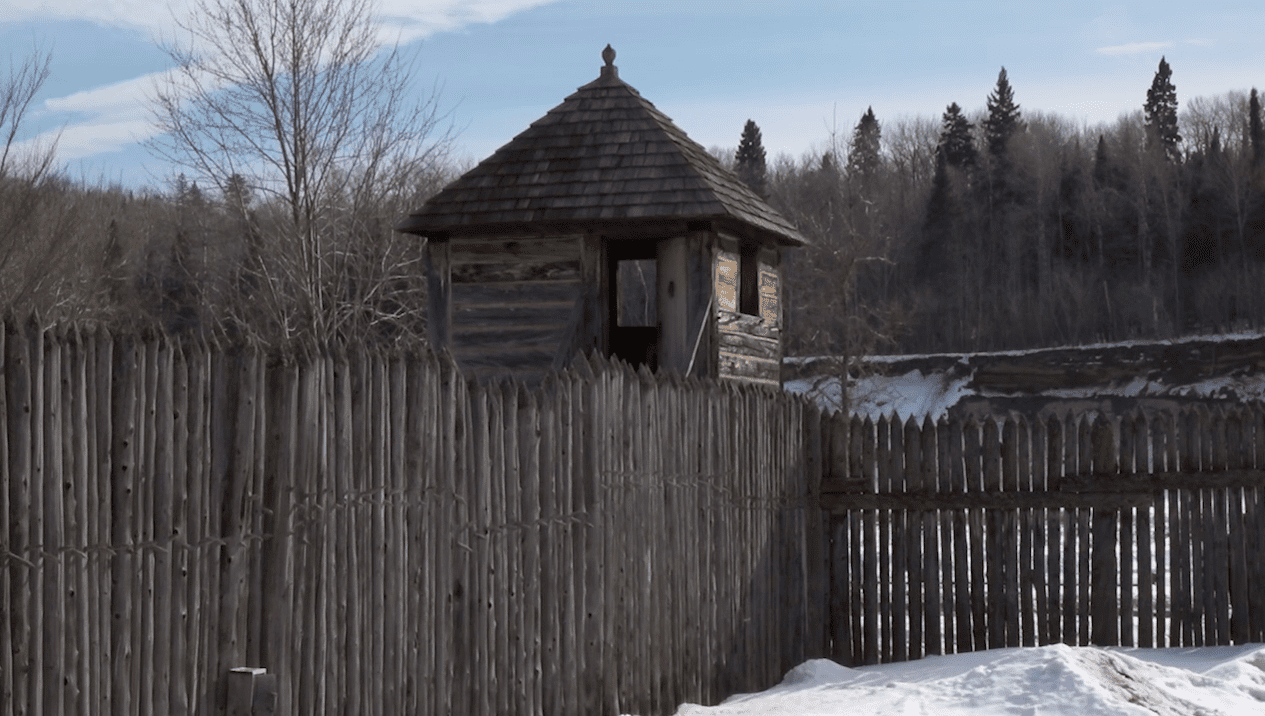 Fort William Historical Park is one of the most important heritage attractions in Canada. This vast site, which has been faithfully reconstructed, contains some 40 buildings. Fur trade activities are carried on the same way as they were in the 1810s. Visitors can watch birchbark canoe-making demonstrations, listen to songs of fur merchants and taste bannock, the flat round bread that was the staple food of the voyageurs. Farriers, coopers and bakers display their know-how. The huge site eloquently attests to the large-scale trading that took place at Fort William, which was the headquarters of the North West Company and also the hub of lucrative transcontinental trade. The company’s employees were 90% Francophone.

Fort William Historical Park showcases the diversity of the work and individuals involved in the fur trade in the 19th century. Among those represented are Scottish merchants, who were the majority owners and managers of the North West Company, the hundreds of French Canadian and Métis voyageurs who travelled thousands of kilometers in birchbark canoes, the British artisans and farmers who supplied the fort and dispensed services, and also the many Métis and Indigenous hunters who frequented the region. They are all there, in period costume, performing the many tasks of yesteryear.

Today, Fort William Historical Park also offers a range of services intended to stimulate the region’s economy: educational programs, lectures and banquets, festivals and recreational activities. The fort operates a campground and the David Thompson Astronomical Observatory, which has a powerful telescope. The park’s multipurpose facilities are made available to companies, groups and outside organizations that wish to organize meetings or special events. The park’s motto is preserving the past while building the future.

The North West Company (NWC), a large and prosperous Montreal enterprise founded in 1779, inherited the fur trade practiced by the French at the time of New France. British entrepreneurs, most of whom were Scots, realized after the conquest of the colony that the traders and voyageurs of Montreal were perfectly familiar with the routes, merchandise and operating methods required to obtain furs of excellent quality from Indigenous peoples. They started a number of small businesses, then merged then into a big company, the NWC, and turned it into a growing concern.

By the end of the 18th century, fur-rich regions were very far from Montreal. To reach them, the voyageurs had to travel 3,000 or 4,000 kilometers in birchbark canoes. Hundreds of French Canadians and Métis made up the main labour force that travelled these long distances. They travelled all the way to Western Canada, bringing cloth, iron tools and other items, including firearms and alcohol, which the Indigenous peoples then traded for the furs of the animals they hunted.

These distances were so immense that a meeting place had to be provided at the mid-point of the journey. This was Fort William, where the voyageurs from Montreal brought their trading merchandise, spent the winter, then returned to Montreal loaded with furs that another team of voyageurs had brought from the west. Those western voyageurs came from fur-producing regions. They also spent the winter at Fort William, then carried back trading merchandise into the territories of the Indigenous peoples when summer returned.

Originally, the meeting point between the two NWC teams of voyageurs was located where the French had established it, at Grand Portage, approximately 75 kilometers further south. In 1794, when the United States drew the border through this region, Grand Portage became part of their country. The NWC thus had to move its operations further north. In 1803, it chose Thunder Bay, a place also occupied by the French since 1684. It was precisely there that Pierre Gaultier de La Vérendrye planned the expeditions that he led into the centre of the continent in the 1730s.

The original Fort William was located some fifteen kilometers downstream from its present location, at the mouth of the Kaministiquia River, in other words in the centre of the City of Thunder Bay. In 1902, Fort William’s last original building was demolished. Nothing now remains on the site except for a commemorative plaque put up by the Historical Sites and Monuments Board of Canada in 1981, and a cairn erected by the local historical society in 1916.

In 1821, the NWC merged with its great rival, the Hudson’s Bay Company. From that time on, the transportation of merchandise and furs between the west and Montreal was replaced by a shorter route, leading to Hudson’s Bay where the Hudson’s Bay Company had established a key post in 1682. Fort William then experienced significant decline and was finally closed permanently in 1883, before being reborn as a tourist attraction on the current site.