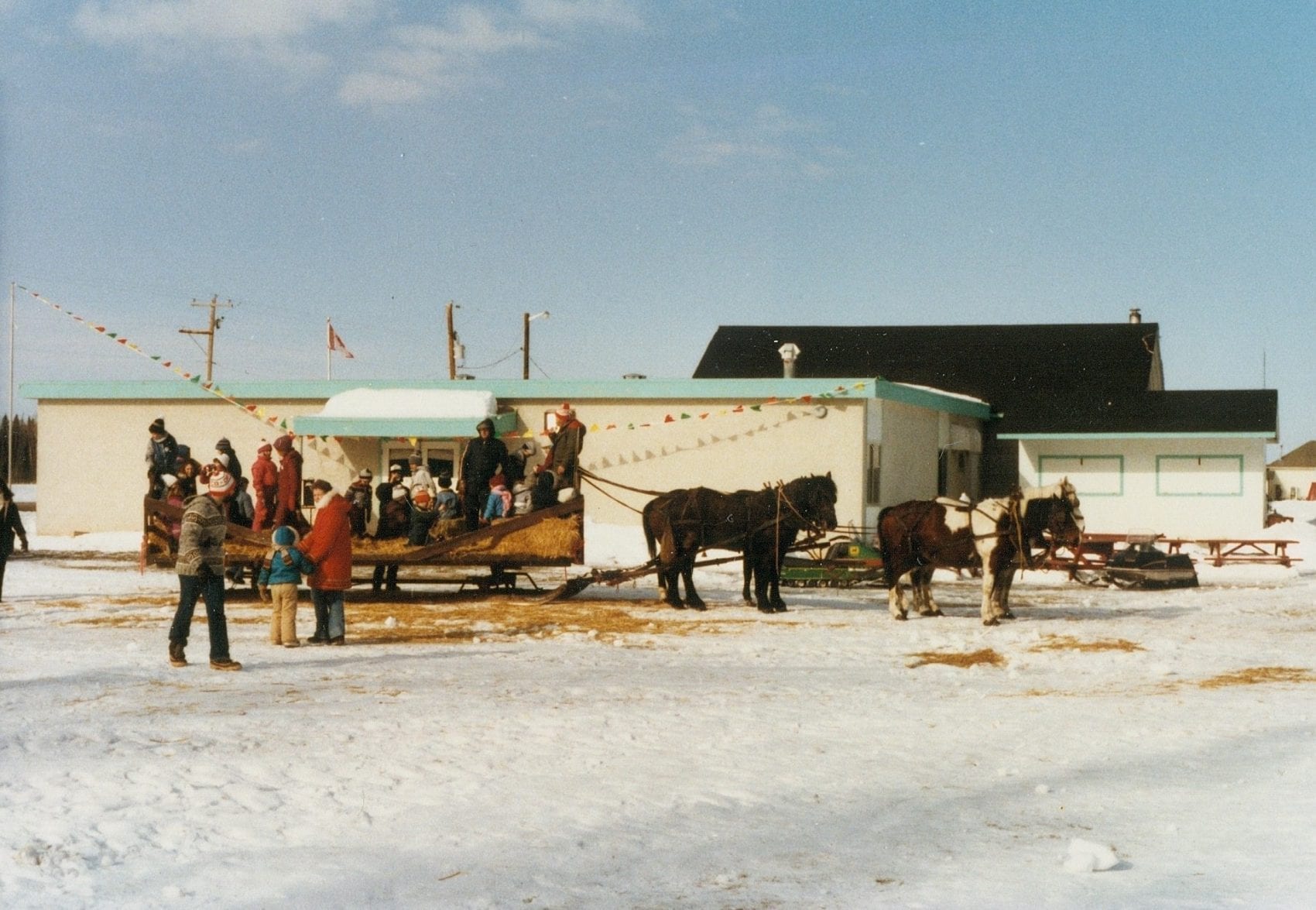 Located 450 km from Edmonton in very fertile farming land with a favourable microclimate, more than 40% of the originally Quebecois population of the Rivière-la-Paix region, the largest town in this region once frequented by fur trade voyageurs, has remained French-speaking. Three of these communities showcase their heritage in the Musée de Girouxville, the Tout le monde dehors winter carnival in St. Isidore, and the Falher Honey Festival. They chose these activities to celebrate their origins and highlight their Francophone culture, to get together, and to attract tourists. As members of local chapters of the Association des Canadiens français de l’Alberta, they affirm their identity and promote their history, which begins in the first half of the 20th century when settlers arrived, led by the church through the initiative of the Oblate fathers Constant Falher and Jean-Baptiste Giroux.

Open since 1969, this museum, surprisingly large for a village of 220 permanent inhabitants (according to the 2016 census), has a collection of more than 6000 objects dealing mainly with the life of Indigenous peoples, missionaries, and the first farmers who lived and worked in the region. In particular, it also has a replica mission chapel, a fur trader’s cabin, a shoemaker’s workshop, and a dairy. Other themes are well represented by numerous artifacts, such as transportation, with an old 4-metre (12-foot) long snowmobile, a fire truck, and other vehicles from the 1950s, as well as photography, hunting and fishing, beekeeping, and regional wildlife, including the famous squirrel with five feet that was captured in the area. The Oblate father Clément Desrochers, a missionary who saw his way of life disappearing, assembled the core of this collection between 1954 and 1969. But it continues to acquire new objects. The museum is open during the summer and offers bilingual services.

The first St. Isidore Winter Carnival was held in February 1983. The goal of this community festival is above all to bring the local population together, but the carnival quickly became well-known and developed into something more. Modeled after the Quebec Winter Carnival, the event is hosted by a Bonhomme Carnaval and duchesses. Activities that have been present since the beginning are still part of the program, such as the sawing contest (cutting a log with a handsaw), a bonfire, and traditional French-Canadian dishes like the authentic Lac-Saint-Jean tourtière (the population of St. Isidore was originally from Lac-Saint-Jean), maple taffy poured over snow, and poutine. The festival is also enriched by offerings from local music artists and FrancoParty, which performs a repertoire of Francophone songs with great success. The most positive innovation is using a different theme each year, such as travel, the circus, or the movies, illustrated with decorations made by volunteers from the village. In this way the festival is constantly renewed. Today, the St. Isidore Winter Carnival is well known throughout Alberta and is very much enjoyed by everyone who participates in it.

Since 2016, a small museum containing 500 objects that belonged to the seven founding families of St. Isidore has been open in the local cultural centre. Visitors to the museum can also listen to interviews with some of the pioneers.

The Falher Honey Festival is not an event focused on Francophone heritage, but in this town, where half of the inhabitants have French as their mother tongue, celebrating the honey and beekeepers of Falher takes on many aspects of a Francophone festival. For three days in June, musical offerings, sports tournaments, a parade, “bee beard” demonstrations, various exhibitions, and of course a honey market, attract a large number of visitors. Smooth and creamy white honey produced in Falher, sometimes called the “National Honey Capital”, produced from clover, rapeseed and alfalfa, contributes to Falher’s renown, although the honey produced from fireweed is by far the rarest and tastiest honey.

A bit of history

The explorer and fur trader Alexander Mackenzie and his French-Canadian and Métis crew were the first “Whites” to travel through the Rivière-la-Paix region in the 1790s. The fur trade long remained the only economic activity in the area. In the early 20th century, the region began to develop to support the influx of gold prospectors who were travelling to the Klondike in the Yukon.

In 1912, the first contingent of French-Canadian settlers, mainly from the Charlevoix region in Quebec, accompanied the Oblate fathers Constant Falher and Jean-Baptiste Giroux to the still-unoccupied fertile territory around Rivière-la-Paix. Although this territory is at the same latitude as the southern part of Hudson’s Bay, cereal crops can be grown in the area’s microclimate, which also sustains dairy production and beekeeping. In the summer, the sun shines for up to 20 hours a day.

Over several years, Francophones, largely from Quebec, joined the first core group of French-speaking immigrants. They settled in Falher, Donnelly, Girouxville, McLennan, Rivière-la-Paix, and Saint-Isidore, the most recent village, founded in 1953.