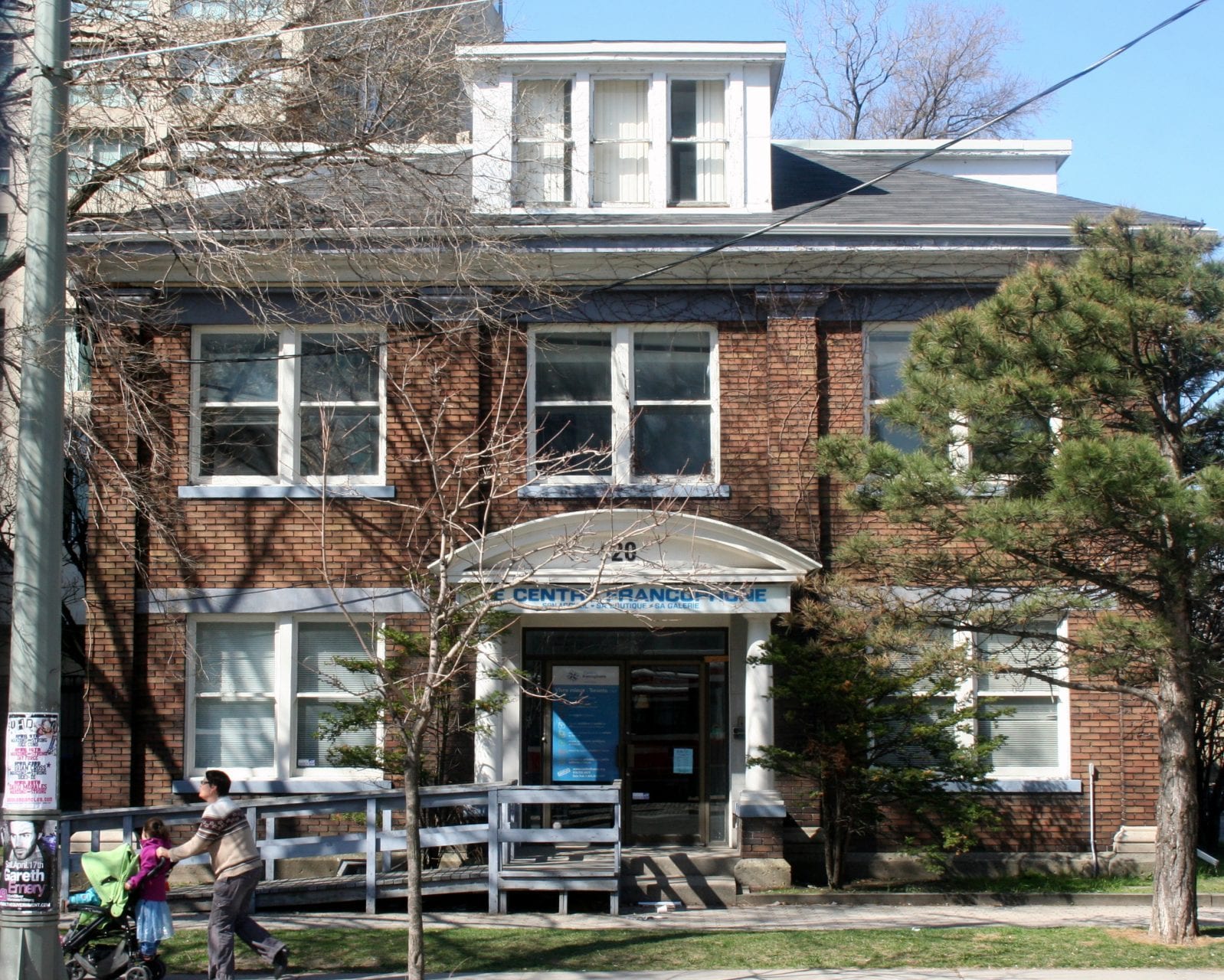 The Centre francophone de Toronto helps to support the well-being and development of the French-speaking community of this dynamic and cosmopolitan Canadian metropolis. The centre offers many French-language services and varied cultural and artistic programming. Every year, long-established Francophone Torontonians are joined by a large number of newcomers from various countries and other regions of Canada, who benefit from the centre’s reception and integration services. This unifying organization has become a major hub of the Toronto and Ontario Francophone community.

The Centre francophone de Toronto acts as a portal for the city’s Francophone community. It offers its services to over 25,000 people living in the Greater Toronto Area and employs over 100 people. Its services are especially dedicated to newcomers, to help them integrate into their new society. Toronto is the largest city in the country, and receives the largest number of new arrivals every year, many of whom are Francophone nationals from Eastern Europe, the Caribbean and West Africa. The centre enables members of this growing community to make themselves heard in French and to cultivate pride in belonging to a dynamic community.

The head office Centre Francophone de Toronto, located in the heart of the city, facilitates communication, improves the quality of services, and fosters partnerships with other sociocultural organizations, such as La Cité, a college of applied arts. The centre, which is very well integrated into its environment, maintains healthy relations with educational institutions in order to promote access to education in French. Its role is recognized by government authorities in Toronto, Ontario and the rest of Canada.

Development of a community-based mission

The Centre francophone de Toronto has been in existence since 2004. It is the result of a merger between two organizations: the Conseil des organismes francophones du Toronto métropolitain, founded in 1976, and the Centre médico-social communautaire, created in 1989. By grouping the missions of these two organizations and gradually adding other components to its activities, the centre has become the Francophone organization in Ontario that offers the broadest spectrum of services.

The centre actively promotes the French language while showing due respect for the various cultural backgrounds of the members of the Toronto’s Francophone community, which are highly varied. It dispenses health, legal and job search services, while facilitating access to resources for children and families.

Artistic promotion adjusted to fit the realities of the community

In addition to its social mission, the centre is associated with Francophone artistic programming that takes into account the diversity of the Toronto community. This cultural component was adopted in 1987, at a time when cultural expression in French was not highly regarded in Toronto and the Francophone community was more fragile than it is today. For a number of years, the centre has played a unifying role in fostering the influence of Francophone artists, in both the visual and theatrical arts, and in organizing various other cultural activities.

In recent years, the centre has participated in Creole Month, Black History Month and La Francophonie Week, in addition to contributing to the Canada-wide festival Coup de cœur francophone, which aims to promote Francophone artists both nationally and internationally. Concerts, shows, storytelling evenings, exhibits and all kinds of other performances are offered to a variety of audiences. Several thousand people have attended these artistic and cultural events.

The Centre francophone de Toronto is planning to put more emphasis on the sociocultural dimension of its activities and to leave the organization of major cultural events to other Toronto players. This reorientation reflects the growing power and influence of Toronto’s Francophone community, where a number of organizations have taken up the torch formerly held by the centre. These organizations include theatre companies like the Théâtre Français de Toronto, La Tangente and Les Improbables, or facilities such as the Alliance Française de Toronto. French-language cultural offerings are now highly visible in Canada’s metropolis. The centre nevertheless intends to continue promoting Francophone artists, a mission that is particularly dear to its heart.