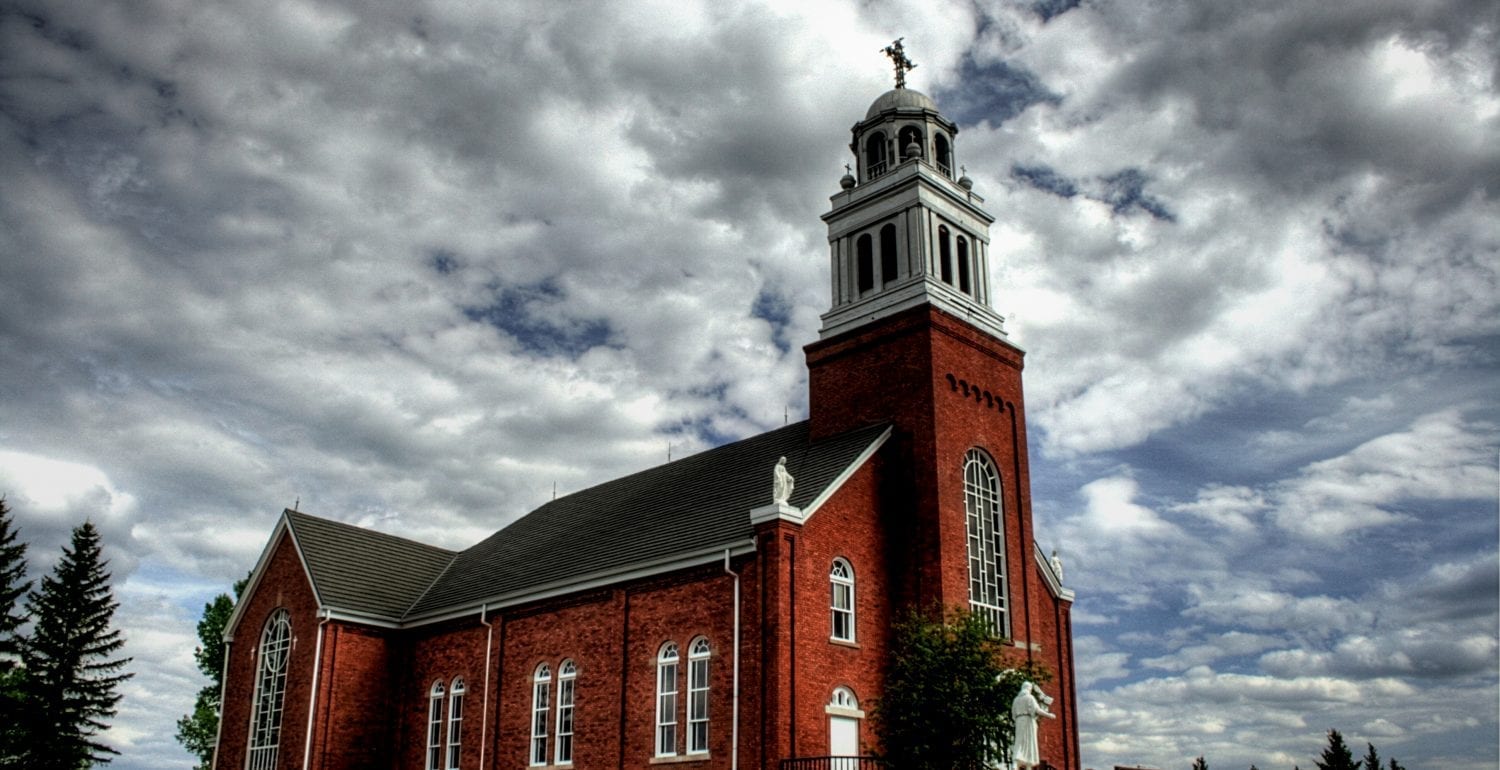 The village of Beaumont, located five kilometres south of Edmonton, was founded in 1895 by French-Canadian colonists attracted by the region’s rich farmland. Located on the outskirts of Edmonton, Beaumont has seen the Anglophone segment of its population grow dramatically in recent years, but the municipality is bent on preserving its Francophone culture. In an effort to maintain and revive its Francophone heritage, Beaumont has preserved a few buildings from the time the village was founded, when French Canadians made up the vast majority of its population. It has also implemented design guidelines to emphasize its Francophone heritage, including abundant French place names and buildings constructed with steep gable roofs, considered to be in the French style. Beaumont is also one of the onlyofficially bilingual municipalitiesin Alberta.

Beaumont is a good example of a Francophone community established in the Canadian Prairies at the turn of the 20th century, when tens of thousands of Canadian and foreign immigrants settled the region’s rich farmland. At first, colonizer Father Jean-Baptiste Morin attracted some 20 French-Canadian families from Minnesota in the United States, where they had immigrated from Quebec. In 1898, the nascent village was home to some 75 families, 45 of them Francophone. In 1921, 110 of the 125 families in the village were Francophone. In 1960, half of the 400 families living in Beaumont were still Francophone. Today, Beaumont has a population of around 15,000, five percent of whom report speaking French as a first language, and 2,000 of whom consider themselves bilingual (English-French).

Beaumont is intent on preserving and promoting its Francophone heritage. Several streets in downtown Beaumont are named after the town’s founders: Bilodeau, Brassard, Chalifoux, Rivard,Blanchard, Bonin, Poirier, Brunelle, Masson, Bouchard, Moreau. Place names also underscore the municipality’s Francophone roots: Soleil Boulevard, Caillou Bay, Bellevue School, Plaines Royer (Jean Royer was responsible for naming the village Beaumont) and Gobeil Park. In terms of Beaumont’s built heritage, the municipality intends to move the historical Saint-Jacques house, the old Saint-Jacques family farmhouse built in 1912, to Beacon Parkin order to preserve and showcase it. The Gobeil Heritage Barn was moved to the Agricultural Society Fairgrounds in 2016. Alfred Dubord’s picturesque house, built in 1919 near the village church, was preserved because of its importance to local history after its farmer owner retired.

Since 2016, Le Chartier restaurant, named after Louis Chartier, one of the first colonists to settle in Beaumont, along with the Bérubé, Goudreau, Magnan and Charbonneau families, offers a traditional French Canadian menu in a rustic ambience. The project was financed by crowdfunding, which shows the type of support promoting Beaumont’s Francophone heritage has received. One of the recent mayors of Beaumont, Camille Bérubé, a Francophone native of the municipality, contributed greatly to the preservation and promotion of his village’s Francophone heritage. One of the resolutions he put forward requires that all new buildings downtown be built with steep gable roofs, which align with the original French-style architecture. He also created an association of Alberta Francophone municipalities, whose aim is to promote Francophone heritage.

One of the most emblematic buildings in Beaumont, the original Saint-Vital Parish built in 1895, burned to the ground in 1918 and was rebuilt in brick from 1919 to 1921. It still stands proudly at the top of the hill, and mass is still celebrated in French and English every Sunday.

In Alberta, which became a province in 1905, French has struggled to survive, and Francophones need to join forces to preserve their culture. In Beaumont as elsewhere in the province, the Church plays an important role in this area, since the French language is closely allied with the Catholic religion.

In 1899, the inhabitants of Beaumont founded the Société Saint-Jean-Baptiste to fight for their rights and drive community life. At the same time, 38 farmers founded the Compagnie du Moulin de Beaumont, the village’s economic driving force. Several other associations soon followed, including the Knights of Columbus (1908), the Dames de l’Autel (1920), the Ligue du Sacré-Cœur (1928), les Enfants de Marie (1930s) and the Caisse populaire Saint-Vital (1946). The drama club was active from 1920 to 1956, as were the curling club, the Beau club and the Laflamme club. The inhabitants of Beaumont also met with those of other Francophone municipalities in the region, such as Saint-Albert, Morinville, Legal, Fort Saskatchewan and Fort Edmonton to enjoy themselves and share their common heritage.

Today, the Société d’histoire de Beaumont / Beaumont & District Heritage Society continues to promote Francophone culture. A French-language elementary school, École Saint-Vital, opened in 2014, and elementary and secondary schools offering French immersion have existed for many years. Despite rapid urban growth, the village of Beaumont is working on many fronts to preserve its rural Francophone cachet.