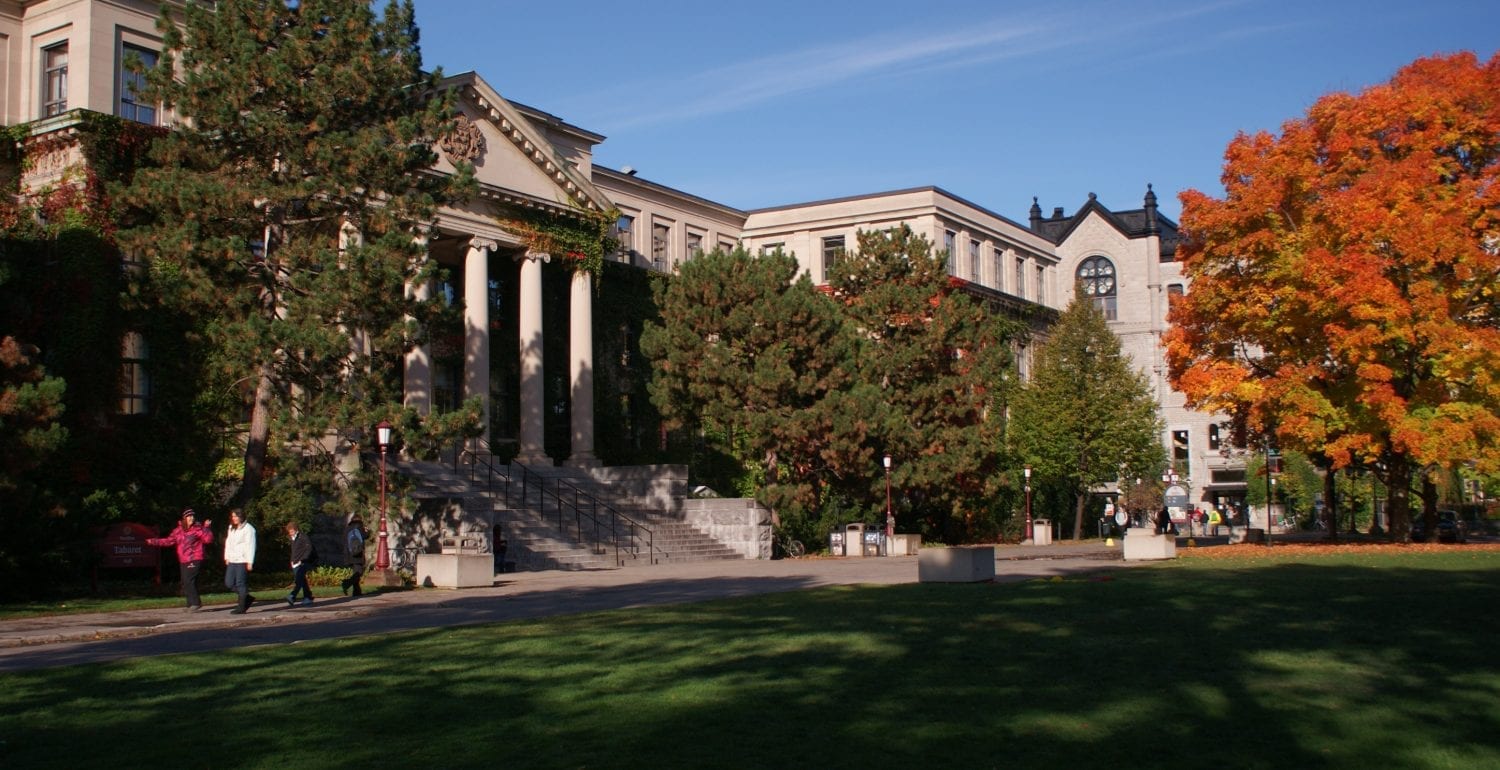 Located in the heart of the national capital, the University of Ottawa is the largest bilingual (English-French) university in the world. About 30% of its more than 40,000 students are Francophones. Since it was founded, the University has been a vital tool for the social advancement of Francophones in western Quebec and eastern Ontario—all of Ontario even. In 1848, the Oblates founded the College of Bytown, which became a university in 1866. From the beginning, the college was bilingual to accommodate both French-Canadian and Irish Catholics. As a result of pressure from anglophone students, French was dropped from 1874 to 1901, only to resurface when French-Canadians accounted for the majority of the student body. Since the 1960s, the number of English-speaking students has steadily increased, to the point where they have again become the majority. These fluctuations have made bilingualism a fundamental value of this prominent educational institution. Its Centre for Research on French Canadian Culture (Centre de recherche en civilisation canadienne-française, or CRCCF) serves as the central archives for the Franco-Ontarian community.

Bilingualism as an educational and social value

The University of Ottawa is an important centre of French life in Ottawa, with its French-language conferences, seminars and cultural activities as well as its large francophone faculty and student body. However, bilingualism is of foremost importance to the University, as both a key component of its programs and a value to be fostered in Canadian society. Historically, social science programs were taught mainly in French, and natural science and health science programs only in English. Today, three-quarters of the University’s programs are offered in both of Canada’s official languages. Students are not required to learn the other official language, although numerous immersion programs encourage and facilitate acquisition of the second language.

By giving its students the opportunity to study in French, English or both languages and to live in a bilingual environment, the University of Ottawa is confident its graduates have an edge when entering the labour market. This is particularly true for the many positions requiring bilingual incumbents in the federal public service, which has a large presence in Ottawa. The University’s eight research chairs in Canadian Francophonie and the Official Languages and Bilingualism Institute, all created between 2003 and 2007, have strengthened the presence of French in its scientific activities and programming. In Canada, only the law faculties of the University of Ottawa and Montreal’s McGill University teach the country’s two systems of law (French civil law, applied in Quebec, and the common law of England, practised in the rest of Canada) in the same institution.

The University of Ottawa and the francophone community past and present

While it is widely accepted that the University of Ottawa was instrumental in the social advancement of French Canadians and, since the 1970s, Franco-Ontarians, by providing thousands of them with higher education in their mother tongue, the decline of French in this major institution in recent decades is worrisome. The campaign to establish a new, stand-alone French-language university in Ontario is primarily the result of the diminished representation of Francophones and Franco-Ontarians in the University’s administration, student body and faculty, combined with the desire of Franco-Ontarians to secure their own distinct space, like that of the Acadians and Franco-Manitobans in the French-language universities of Moncton and Saint-Boniface, respectively.

The University of Ottawa recently strengthened its commitment to French by expanding its French immersion options—it is currently the largest centre for postsecondary French immersion studies in Canada—and lowering tuition fees for francophone international students.

The Centre for Research on French Canadian Culture, a key player

Created in 1958, the University’s Centre for Research on French Canadian Culture played a key role in the promotion and development of French culture in Ontario. Originally founded to research French-Canadian literature, it was a pioneer in the field, assembling collections, conducting studies and even creating courses on French-Canadian literature in the early 1960s. As the Centre’s publications multiplied and it began organizing conferences on the subject, there emerged a distinctly Québécois and distinctly French Canadian literature. From 1970 to 1985, the Centre expanded into other disciplines and started to have an impact across Canada. Its studies ranged from Franco-Ontarian artists, to francophone communities in Acadia and Western Canada, to French-speaking communities in the United States.

After surviving a period of under-funding, the Centre regained its prominence in French-Canadian studies in the 2000s. Today, it holds the largest archives on Franco-Ontarian history and regularly makes valuable contributions to the University of Ottawa’s French-language academic programs.