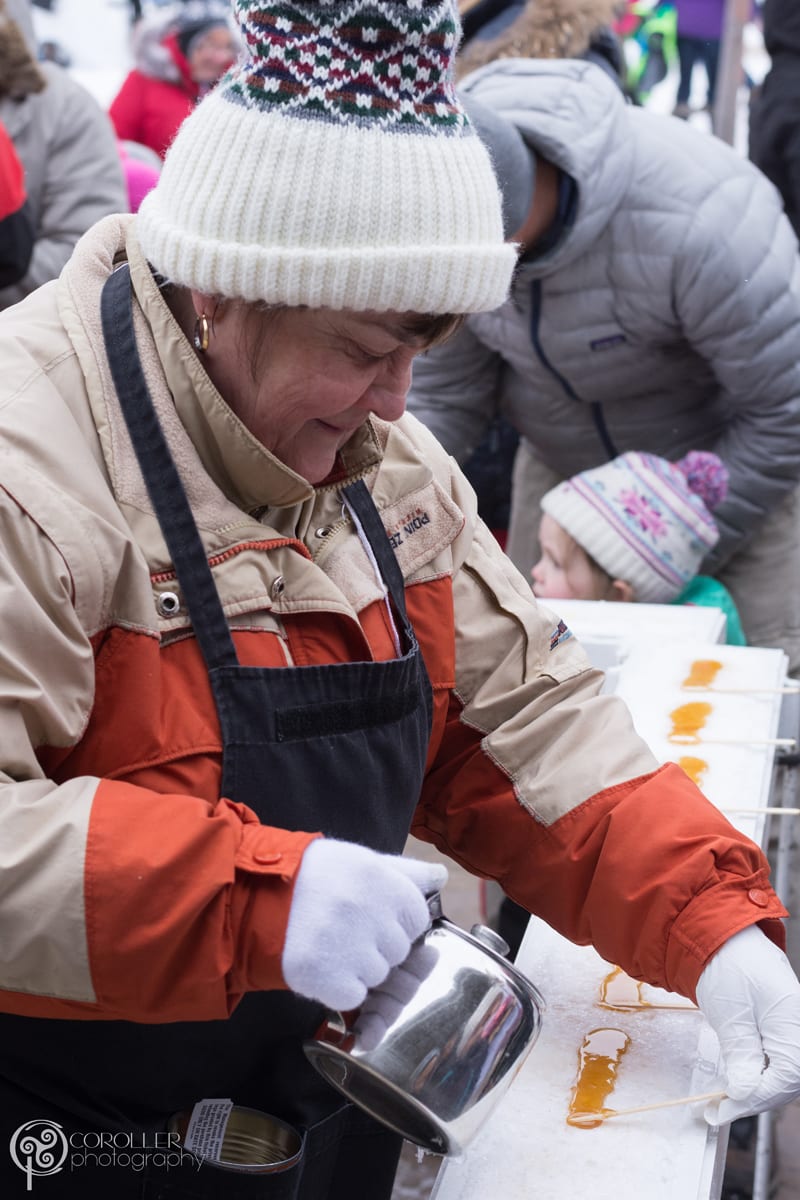 Since 2002, the Association canadienne-française de l’Alberta in Calgary has been organizing the Maple Sugar Festival every year in March. This major festive and heritage event brings together Francophones and Francophiles of all backgrounds who participate in a delicious French-Canadian tradition, eating maple sugar taffy on snow. Emphasizing the close relationships between French Canadians, Métis and First Nations at the time of the fur trade, these three communities take active part in the festival. Dancing, plays, stories and legends, traditional meals, games and the promotion of Francophone, Métis and Indigenous organizations and activities in the Calgary region are all on the program. This popular festival now takes place in the renowned Heritage Park Historical Village.

An ever-increasing number of Francophones in Calgary

Alberta’s Francophone community has changed a great deal over the last 30 years. Francophones born in Alberta and those from Quebec and the Maritimes, who formerly made up the bulk of the population, along with a few European immigrants, are now joined by immigrants from Africa and a wide range of other countries. The Francophone community has the largest rate of immigration in Alberta, at a proportion of 31%(according to the census of 2016). If we add the recent contribution of immigration to the many students who currently attend French immersion schools, the Francophones and Francophiles of Calgary number over 100,000, or about 10% of the city’s population.

For these Francophones and Francophiles, the Maple Sugar Festival is a magnificent opportunity to get together, speak French and celebrate the country’s French-Canadian roots. Although the festival is basically a community activity, it is increasingly oriented towards welcoming visitors. Many people seize this opportunity to go and have fun outdoors.

The Association canadienne-française de l’Alberta (ACFA), founded in 1926 to defend the rights of French Canadians and to promote French language and culture, is increasingly tailoring its approach to take into account the new face of Alberta’s international and multicultural Francophone community. Since the perception of Francophones by the English-language majority is also much more favourable than it used to be, ACFA strives to develop and promote an inclusive community in which all Francophones can flourish and in which all Francophiles are valued.

The Maple Sugar Festival is an example of this new approach. The Métis and Indigenous peoples, who are traditional allies, take part in the festival, and newcomers are invited to express themselves while discovering the historical roots of the French Canadians and taking the opportunity to appropriate these roots for themselves. As for the Anglophone population, it is now more welcome than ever, thanks to the bilingual presentations and information.

Throughout Canada, in all the provinces and territories, maple products have come to predominate as symbols of traditional French-Canadian culture, or even of the French fact in Canada, even though the origin of the practice is Indigenous. It is often during a celebration, a “sugar party” or a sugar festival that Francophones get together and welcome visitors to taste maple products.

Maple syrup is a cultural trait so intimately associated to Francophones in Canada that they celebrate it throughout the country, even in regions like Calgary where its production is non-existent. The organizers of these events bring the precious liquid in from Quebec, the world’s biggest producer of maple syrup, where the only majority Francophone population in Canada lives. The delightful taste of maple products and the universal penchant—at least among children—for sweet things assures the success of the Maple Sugar Festival.

Maple products seem to be an effective symbol chosen by native Canadian Francophones to identify and enjoy themselves and make new acquaintances.