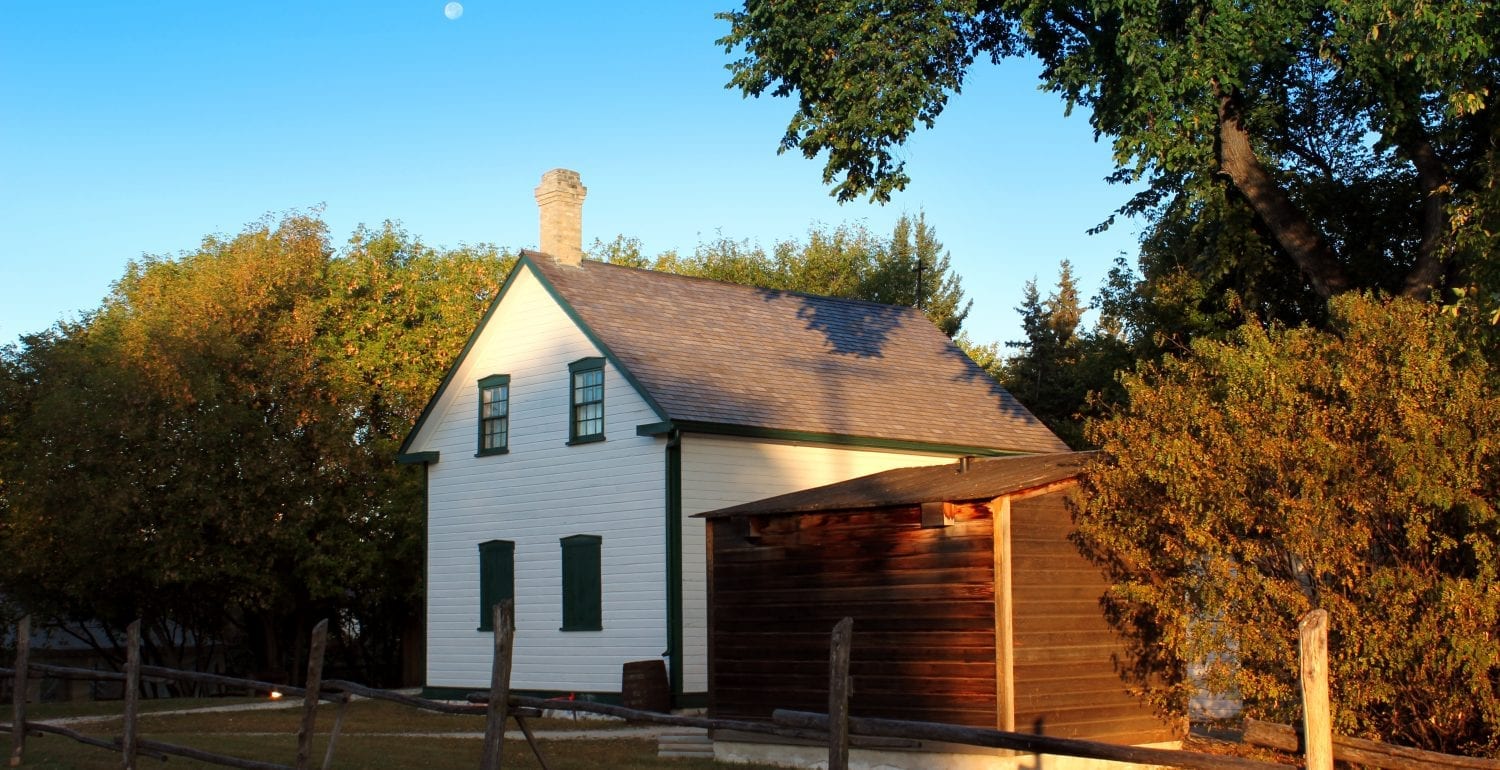 Riel House, located in Saint-Vital, a district in south-central Winnipeg, was declared a National Historic Site in 1976. The site, operated by the Louis Riel Institute, highlights Louis Riel’s historical significance as the leader of the Red River Métis and co-founder of the province of Manitoba. Visitors can also learn about the culture and history of the Métis. Although Louis Riel did not live in this house built by his brothers in 1864, several members of his family were living there when he was convicted and executed for his participation in the North-West Rebellion in Batoche in 1885. He lay in state in the house for two days before being buried in the Saint-Boniface Cathedral cemetery. The house, restored, furnished and decorated as it would have been in 1886, six months after Louis Riel’s death, is an important Métis memorial.

More has been written about Louis Riel than any other Canadian. This complex and charismatic man is also one of the most controversial figures in Canadian history, undoubtedly because he was expeditiously—many say unjustly—tried, convicted and executed after having played a leading political role. Today, his reputation been rehabilitated and is officially recognized for his role in co-founding the province of Manitoba. The vision of an inclusive and tolerant Canada he was defending in 1870, when Manitoba joined Confederation, was based on the situation in Manitoban territory where French and British Canadians, Francophone and Anglophone Métis and various First Nations coexisted. His view, today considered enlightened, was ahead of its time and was not accepted. Forced into exile in the United States in the mid-1870s, even though he had been elected in Manitoba to represent his people in the Parliament of Canada, Louis Riel returned in 1884 to participate in the Métis uprising. The Métis had by then moved to what is now Saskatchewan in an effort to maintain their rights and their way of life away from an intractable Canadian government. Louis Riel paid with his life for this act of affirmation and revolution. It is the history of the Métis and their great leader, Louis Riel, that tour guides at Riel House share with visitors.

More than 800 pieces of furniture and utilitarian and decorative objects occupy this small house constructed using the post-on-sill or Red River frame technique developed in New France. These artifacts illustrate the Métis culture at the time, at the crossroads of European and Aboriginal cultures, where the traditional and modern meet. They include European cradles, hammocks where Aboriginal mothers laid their babies, and manufactured objects such as a stove, mirrors and clocks, as well as household items like locally laced rawhide chairs and hand-woven clothing.

Although Riel House is larger than the average Métis house, with its single room, second floor and summer kitchen, because the Riel family was part of the elite in the community, it is nevertheless a good example of the lifestyle of Métis families in Manitoba at the end of the 19th century, when the buffalo hunt and the fur trade were being replaced by agriculture. The near-extinction of the buffalo and the arrival of the railway led to the disappearance of certain cultural traits strongly identified with the Métis in the previous decades, such as the production and sale of pemmican (dried buffalo meat mixed with buffalo grease) and the transportation of trade goods in horse-drawn wagons.

Riel House was located on a river lot, a long, narrow strip of farmland divided in the French tradition, with access to the Red and Seine rivers at each end. Part of the land was very fertile and good for farming, and another part was left as pasture for the cattle. The presence of a huge vegetable garden next to the house is a perfect example of the farming practices of Métis families at the end of the 19th century.

Louis Riel, his family and his descendants

After Louis Riel Sr. died in January 1864, his sons built Riel House. Their mother, Julie Lagimodière-Riel, lived there with some of her children. Louis Riel Jr., exiled by the Canadian government from 1875 to 1880, spent only a few days in the house in the summer of 1883 to attend the wedding of one of his sisters. After his participation in the North-West Rebellion in Batoche in the fall of 1885 at the request of Gabriel Dumont who went to get him in the United States, he was captured by the Canadian military. He was tried, sentenced to death and hanged for high treason in Regina on November 16, 1885, at the age of 41. His body was then sent back to Saint-Vital and lay in state in the family residence, Riel House, for two days in December 1885 before being buried in Saint-Boniface. Twelve people were living in the house at the time: Louis Riel’s mother, his two youngest brothers, their wives and children, and his own wife, Marguerite Monet-Belhumeur, a young Métis whom he married in the United States, as well as their two children. The Riel family’s descendants lived in the house until it was purchased by the Government of Canada in 1969.