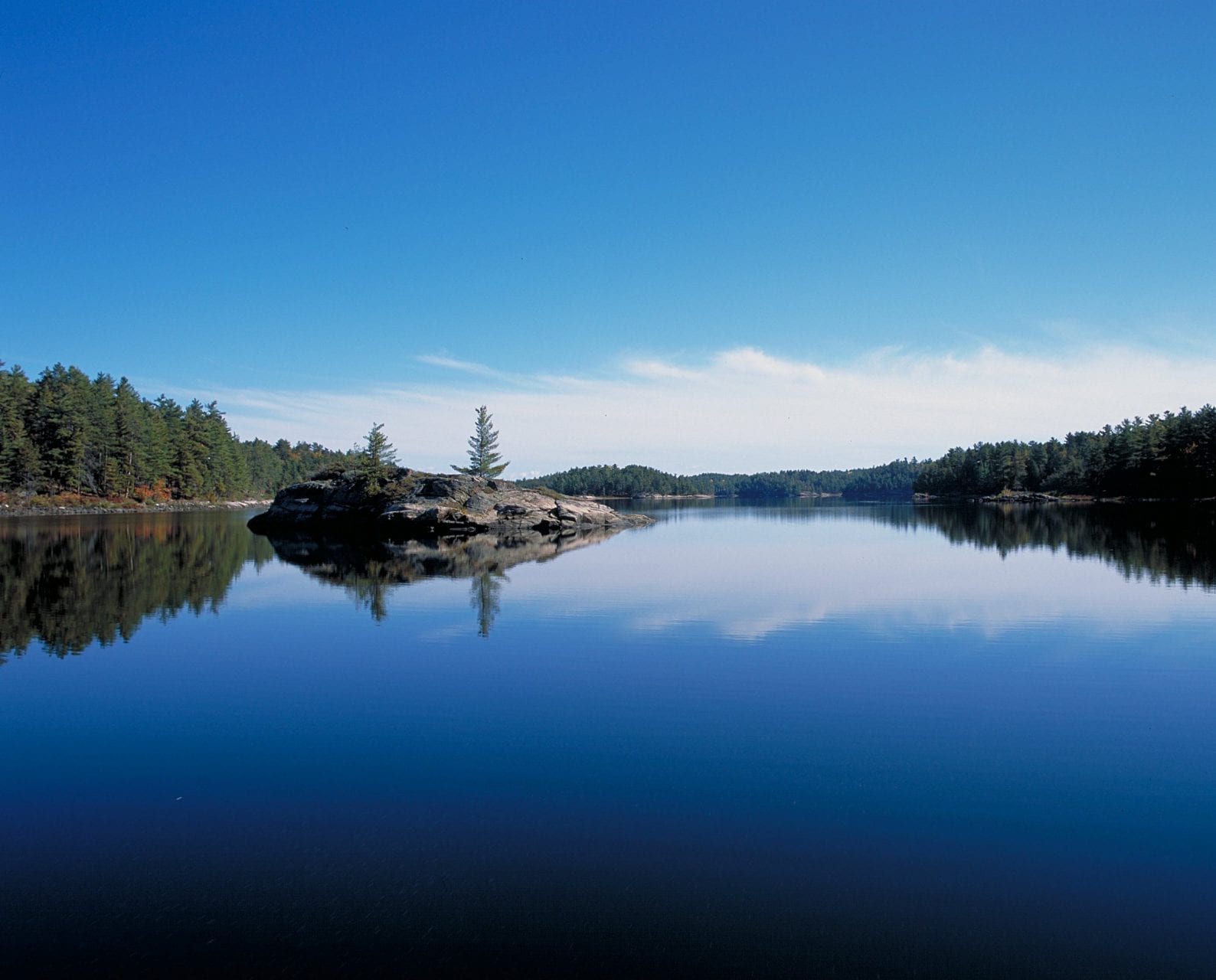 In search of a westward passage to trade with China, many French explorers—Nicollet, Radisson, Des Groseilliers and La Vérendrye (both father and son)—crossed the current province of Ontario. Their forerunner, the “first” European to have crossed and described this territory, was none other than the Father of New France, Samuel de Champlain. In 1615–1616, he travelled through part of what would become Ontario, staying there for ten months. Today, a 1,200 km scenic route showcases that trailblazing journey and the 400 years of Francophone presence that ensued: Ontario’s Champlain Scenic Route. To travel this route is to walk in the footsteps of the famous explorer, cartographer and diplomat, discover Franco‑Ontarians, enjoy outdoor adventures in unspoiled wilderness, uncover Canada’s heritage and history, and taste local products. These are some of the attractions the Route has to offer visitors.

Ontario’s Champlain Scenic Route is off the beaten path, following in Samuel de Champlain’s footsteps. The route avoids major tourism corridors, which is one of its appeals: the discovery continues. Ottawa is an important landmark, of course, but the bordered streams and rivers—fast-flowing, wide open or tranquil—lead to breathtaking places and villages where the French language is alive and well. The route is teeming with places that are a reminder of the days long ago when, with the help of their Indigenous allies, Europeans explored lands still unknown to them.

More than just a circuit from one historical plaque to another, the Route is an invitation to experience the intrepid life of French explorers. An inflatable craft tackles the same rapids that Champlain braved. The portages-turned-trails let visitors follow in his footsteps. The museums and reconstructed villages showcase how the Indigenous peoples and French ancestors lived.

On his journey through Upper Canada, Champlain travelled on the Ottawa River, the Mattawa River, Lake Nipissing, the French River, Georgian Bay, Lake Couchiching, the Trent–Severn Waterway, and much more.

Since then, natural resource development and geographic sprawl changed the land. Dams flooded shores and rapids, forests gave way to fields and villages, and wharves appeared. But an extraordinary number of places have barely changed in 400 years.

One of those places is the northern portion of the Route. Champlain, who dreamed a dream of a New France, “saw along this river only ten acres of arable land, the rest being rocky and very hilly.” Today, canoers flock for these very reasons to the rocky and wild banks of the French River, which flows in a crazy-quilt course into Georgian Bay, waiting to be discovered by kayak or from bird’s eye view by seaplane.

Between the stretch of the Trans‑Canada that starts in Toronto and the French River is the main attraction of the Champlain Scenic Route: the French River Provincial Park Visitor Centre. Outside this amazing centre, which opened in 2006 and has won many architectural awards, three historical plaques set the tone by highlighting the river’s significance for the First Nations, explorers and fur traders. The Voices of the River exhibition delves deeper into these themes. From the Centre, the 4 km Recollet Falls trail leads to the river gorge. In July, the head of the trail becomes a gathering place for First Nations for an annual pow-wow or workshops in which the general public is welcome to take part.

Many of the places Champlain travelled through are still home to Francophone communities. Today, there are between 500,000 and 600,000 Franco‑Ontarians scattered throughout the province, including along the Champlain Scenic Route, in Eastern Ontario, on the shores of Lake Nipissing, and south of Georgian Bay, in former Huron–Wendat territory. Here, everything evokes Champlain’s travels and the travels of missionaries that came after him: the landscape, the trails winding through rolling valleys, the reconstrucuted villages of Huronia and Sainte‑Marie‑au‑pays‑des‑Hurons, the Francophone residents, and much more.

In 2015, a commemorative park was established to mark the 400th anniversary of the arrival of the Father of New France in the south basin of Penetang Bay. Just steps from the banks, a statue called The Meeting presents Wendat Chief Aenon and Champlain on equal footing. Together with the immense astrolabe, this is the park’s defining feature. Busts of the region’s influential figures—Indigenous, French and British—line the trails of the riverfront park.

In search of places of memory

Other Champlain monuments have been keeping watch for a century over the Ottawa River, in Ottawa, and over Lake Couchiching, in Orillia. Many historical plaques also mark the various locations through which the Father of New France passed. Between two visits to attractions, tourists can take part in a hunt for those plaques and the thematic museums that bring them to life. They include the Champlain Trail Museum in Pembroke, where Champlain allegedly lost his astrolabe; the Sturgeon River House Museum in West Nipissing, on the site of a former trading post; and the Canadian Canoe Museum in Peterborough.

A route of tribute

Unlike many other adventurers, Champlain left detailed accounts of his travels, including to Huron–Wendat territory in 1615–1616. Since that journey and that of his interpreter and guide Étienne Brûlé, often considered to be the first Franco‑Ontarian, the French presence has continued in Ontario. The Champlain Scenic Route pays tribute to this 400‑year‑old history. It offers an opportunity to explore this part of Canada by cruise boat, raft, kayak, pontoon, foot, bike or four‑wheeler. And, since Champlain also founded the Order of Good Cheer, the country’s first “gourmet club,” the Route is also a great way to visit wonderful restaurants and sample the many local products along the way.