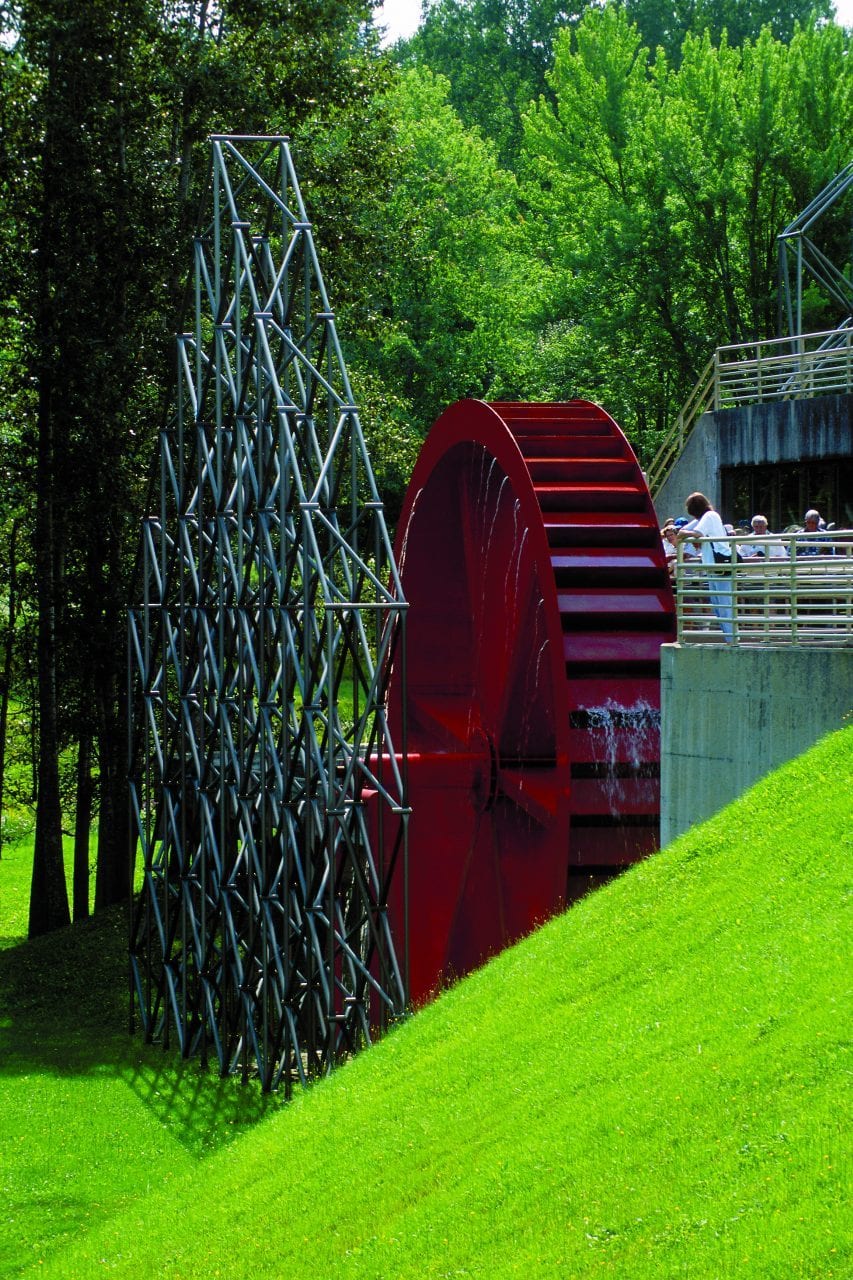 Les Forges du Saint-Maurice, located 15 kilometers north of Trois-Rivières, is the oldest iron ore mining site in Canada. From 1740 to 1880, thousands of men worked there making the materials and products needed to build this country. Major archeological excavation sites and historical research have revealed the richness of the French heritage of this company. The Forges-du-Saint-Maurice National Historic Site covers a 23-hectare green space where visitors can explore the remnants of old building from Canada’s first industrial community and appreciate the exhibits and legends that make up this unique heritage site. This cultural landscape features amazing hiking trails that provide a panoramic view of the Saint-Maurice River.

A rich industrial and social heritage

Les Forges du Saint-Maurice is an important part of the Canada’s industrial heritage. A visit of the site provides an understanding of the development of these over 100-year-old major facilities. Les Forges du Saint-Maurice landscaping and interpretation plan won the Excellence Award of the Ordre des architectes du Québec in 1985, for succeeding in bringing back the technique for manufacturing cast iron owing to the ‟expressive massings” of the concrete and steel structures that protect the remnants of the buildings that have disappeared, such as the huge waterwheel of the blast furnace.

The site includes original remnants, such as those of workshops, dwellings and the high chimney of the lower forge, a shop and a warehouse, as well as an interpretation centre on the production of cast iron in the blast furnace and a large reconstructed house that included the administrative centre. This building houses an exhibit on the techniques of ironmaking and on the daily lives of the 400 individuals who worked and lived at Les Forges in 1845, including an animated model. The site also houses an ethnological collection of household objects and represents Parks Canada’s largest archeological collection in Quebec, including artefacts and ecofacts.

A place for legends

The ironworks were the source of many tales and legends, namely, oral traditions that are part of Quebec’s intangible heritage. These stories reveal a netherworld based on the devil, a fiery being, and serve to interpret the site. On the shores of the Saint-Maurice River, visitors will find the “Fontaine du Diable” (the devil’s fountain), where water ignites owing to the emission of methane. These legends that are part of the collective history have been illustrated in paintings by ethnologist Jean-Claude Dupont.

The first steel industry in Canada

The development of iron ore deposits began in the Saint-Maurice region in 1730. The crude ore was placed in a blast furnace and reduced to pig iron, then processed and refined in a forge so as to obtain iron. Les Forges initially produced items intended for the Marine royale française (French Royal Navy). As the manufacturing of objects was, in theory, reserved for France, the mother-country, the launch of Les Forges in the era of New France was difficult as it was an exception in the colony.

In the 19th century, the wave of industrialization lead Les Forges to modernize in order to increase and diversify production: it made manufactured goods such as nails, anvils, kettles, ploughshares, vehicle wheels, sawmill mechanisms and weapons materials. Many generations of Quebecers heated their houses and cooked with stoves made at Les Forges du Saint-Maurice.

In the 1850s, major technical innovations were introduced, such as steam engines and hydraulic turbines. Les Forges started producing pig iron for the major foundries in Trois-Rivières and Montreal. The company permanently shut down its operations in 1883.

The Les Forges operation required a lot of coal. The lush forests of the Mauricie, as well as the Saint-Maurice River, were thus used for both the hydraulic power that made it possible to operate the bucket wheels and a thoroughfare to Trois-Rivières. Many know-hows were essential, from the moulder to the smelter, the blacksmith to the coalman. This is why ironmasters from Bourgogne, Champagne and Franche-Comté (in France) were hired as early as 1730 to 1740 to implement the technical innovations developed in these regions known for their steelmaking expertise. The development of local know-how then became a constant in the operation of Les Forges. When it shut down its operations, its moulders transferred their knowledge to artisans in the rural foundries of neighbouring regions and to those in Montreal factories.

For almost 150 years, Les Forges du Saint-Maurice provided work for thousands of individuals in several areas, from iron ore mining to goods transportation. Several dwellings and service buildings were built during the 19th century, such as storage sheds, barns, stables, warehouses, brick ovens used for charring wood, shops, sawmills, and a chapel. All this created a real industrial community where know-how was transferred from generation to generation, while being developed at the pace of technical innovations.