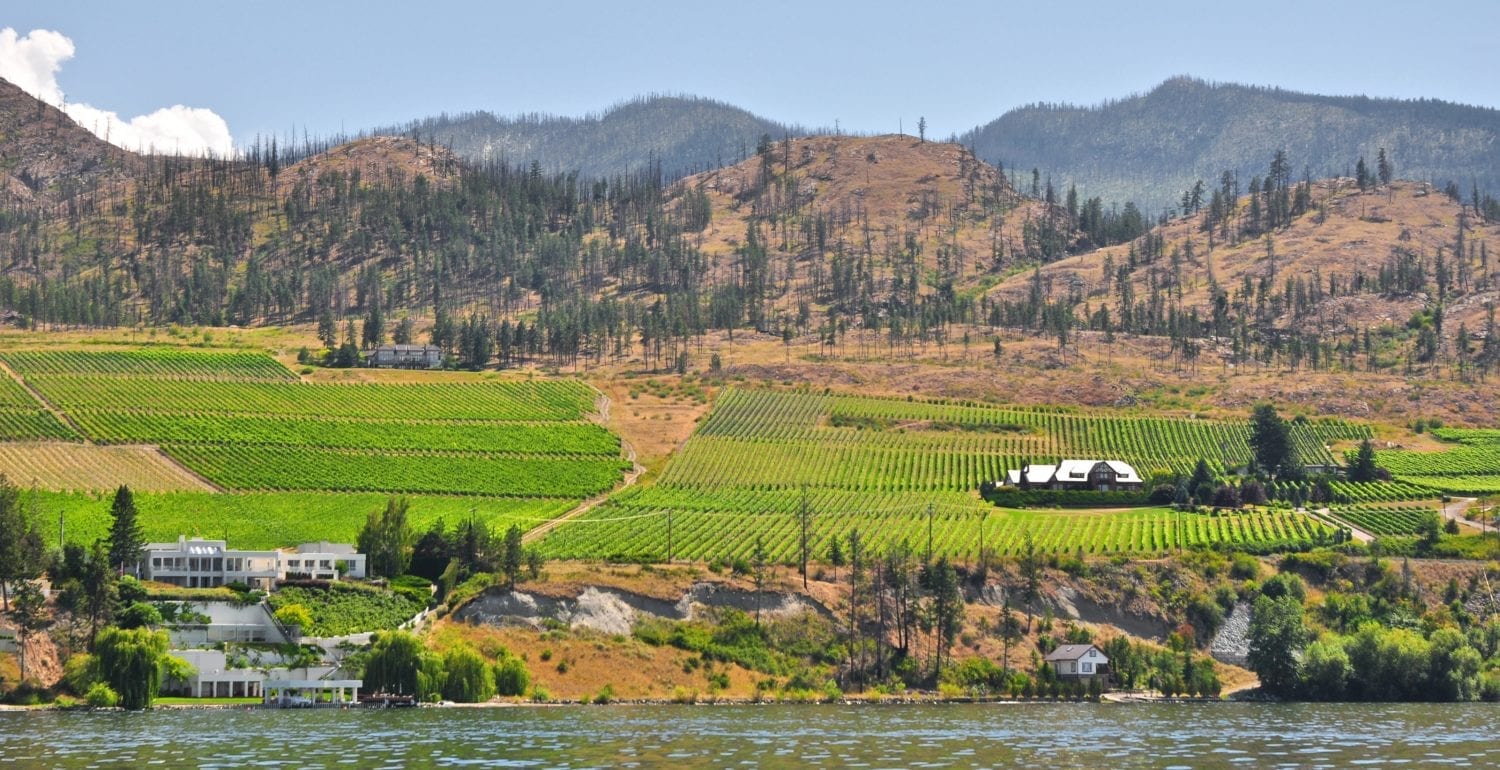 In the breathtaking Okanagan Valley, in the heart of British Columbia’s Rocky Mountains, many of the first permanent European settlers were Francophones. Some traces of their early presence are still visible today, particularly in Kelowna, where the original buildings from the mission founded by Father Pandosy, an Oblate priest from Marseilles, and some French-Canadian helpers, are open to visitors. They were the valley’s farming pioneers. In addition to this heritage dating back to 1860, the Centre culturel francophone de l’Okanagan, also located in Kelowna, sustains the vitality of the French culture in the region by organizing various get‑togethers and events that attract Francophones and Francophiles alike. In addition to the French‑language services offered by the Centre, French schools and French immersion schools help keep the French presence alive in the valley. Vernon and Lumby also showcase some of this heritage.

The Francophone memory in Kelowna

Many Kelowna streets bear the names of Francophone pioneers. Pandosy Street, a major downtown artery, is a reminder of Father Pandosy’s arrival in 1859. Lawrence Street and Lawrence Road, named after Théodore and Cyprienne Laurent, originally from Trois‑Rivières, Quebec, evoke the arrival of the first white inhabitants to settle permanently in the Okanagan in 1859. Gillard Drive is named after Auguste Gillard, who arrived in 1860. It was also after the physical appearance and exploits of that sturdy, bearded, hairy man, who killed a grizzly bear on his property in what is today downtown, that the city was named Kelowna, which means “grizzly” in the language of the region’s Salish Indigenous peoples. There is also a Lequime Street, named after the Léquime family who arrived in Kelowna in 1861. Éli Léquime, the father, opened the city’s first post office and the first hotel and saloon. Other streets include Leon (after Léon Léquime), Bouvette, Gagnon, Gaston, de Montreuil and Saucier, to name a few, which serve as a reminder of the role of some 40 Francophone families that settled Kelowna and the surrounding area.

The most treasured heritage in Kelowna remains the Father Pandosy Mission site. Designated a provincial heritage site in 1983, it is home to many historic buildings. Three of those buildings date back to the 1860s: the first chapel, which was built in 1860 and is the oldest structure in the Okanagan Valley, and the cellar and the house where Fathers Charles Pandosy and Pierre Richard lived with Brother Surel. One of the mission’s barns, built in 1886, John McDougall’s house, built in the 1860s, as well as the house of Joseph Christien (Chrétien), a fruit grower and cattle rancher who bought the house from David McDougall in 1861, were also moved to the site. The interiors of these restored buildings were furnished with period pieces.

Father Pandosy introduced vineyards, fruit orchards and cattle to the Okanagan. He also opened the valley’s first school, on the second storey of the chapel, where the Oblates taught French to the Indigenous peoples and settlers. In the 36 years following Father Pandosy’s arrival in 1859, the Immaculate Conception mission was the focal point of religious life and education in the Okanagan. At the height of its activity in the 1890s, it spanned more than eight square kilometres and had a population of 1,700 mainly Anglophone inhabitants. The lay brothers tended to farming in the orchards, vineyards and vegetable gardens. Their livestock included 550 head of cattle and 35 horses. The mission closed its doors in 1906.

The Francophones who continued to settle in the Okanagan created and maintained various associations over time. In 1978, they established the Centre culturel francophone de l’Okanagan, which moved in 1984 into the old church, where it is still housed today. The Centre provides various services, including French courses, summer camps for children, a library, a media room, musical and theatrical performances, social gatherings and other events.

It also organizes larger-scale activities for the general public and visitors, in order to share the French culture. For the past 40 years, it has held MapleFest every spring, a three‑day event featuring traditional dishes, maple treats, shows, music, dancing, and an art exhibition. The Francofête bilingual show and family event is held every year in Kerry Park, in the heart of Kelowna. Nuit blanche is a nighttime celebration of multidisciplinary arts, with light shows and contemporary artistic performances. French-language film screenings, a book fair, a Christmas market, geocaching and various French-language shows are also put on throughout the year.

Other Francophone heritage sites in the Okanagan

The Girouard Cabin and Park is a small park in Vernon that is home to the restored wood cabin that Luc Girouard built in 1867. This native Quebecer sought his fortune in the California Gold Rush, and then became the first permanent resident of Vernon. He planted the first commercial orchard in the town, developed the first irrigation system, and served as the first postmaster.

Some 25 kilometres further east, in the village of Lumby—formerly White Valley, named after George Leblanc, a prospector and landowner in the 1870s—more than 30 murals tell the history of this region settled by a number of Francophones. Some of the murals are of Pierre Bessette, his wife Eunice Christien (Chrétien), from Kelowna, and their daughter Blandine, as well as Eva Léger and Alphonse Chabot, a boxer who lost only 4 of the 117 fights he fought in Canada and the United States.

Kelowna BC CA
Get directions
Go to Top