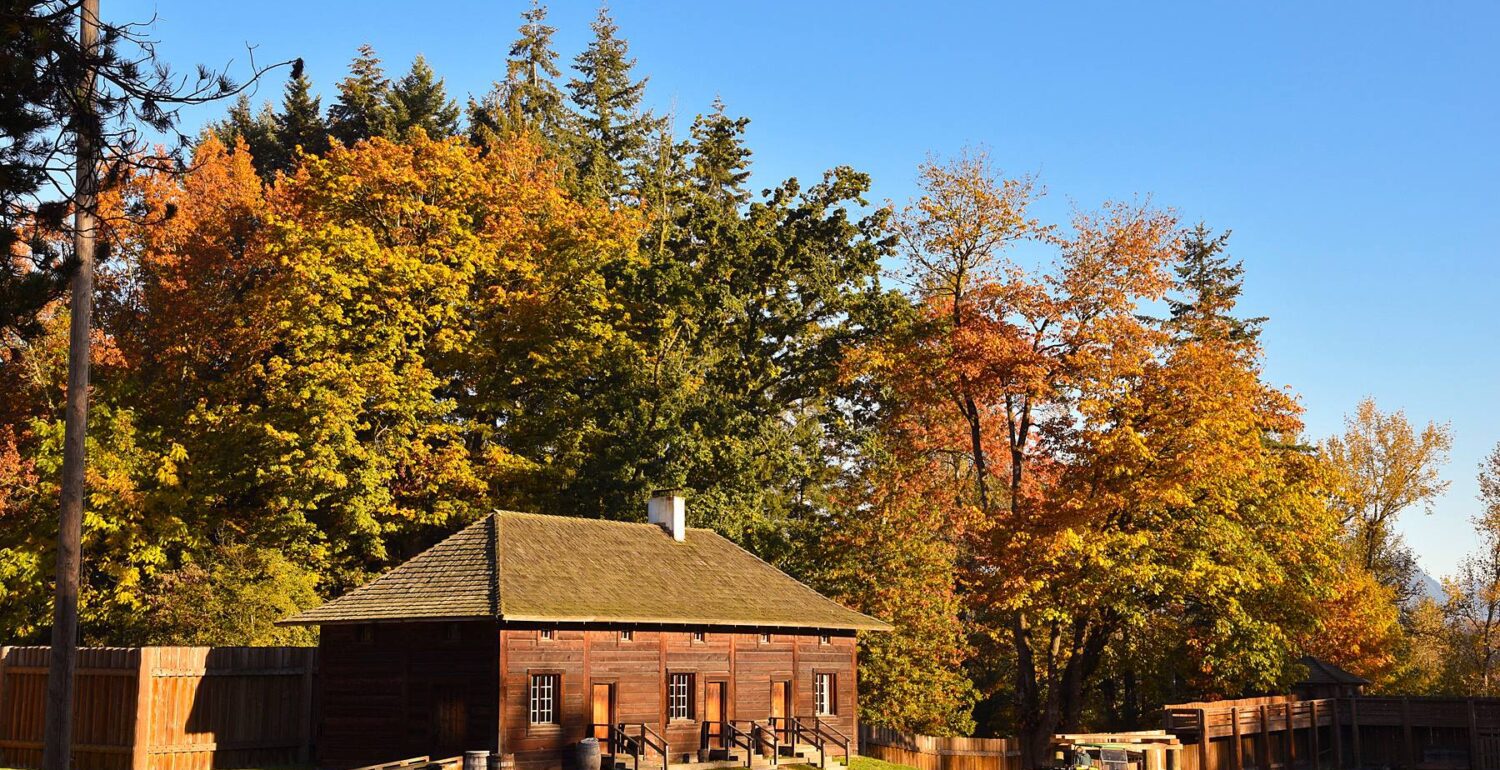 The Fort Langley National Historic Site, located some 40 kilometers east of Vancouver, on the banks of the Fraser River, highlights the importance of fur trading, salmon fishing and agriculture in the Colony of British Columbia. In November 1858, its first Governor, James Douglas, proclaimed the creation of the Colony of British Columbia in the Big House of the fort where its leaders were living. Several French-Canadians, trusted employees of the Hudson’s Bay Company, took part in the construction of the fort and in its activities between 1827 and 1886. Fort Langley’s Interpretation Program focuses on trade diversification, the work of blacksmith, cooper, and gunsmith craftsmen, and farm life. In January, a week of special activities takes place in French to pay homage to the French-Canadians and Francophone Métis who worked at Fort Langley in the 19th century.

The Hudson Bay Company diversifies its activities at Fort Langley

The activities and information proposed by Parks Canada to visitors at Fort Langley reflect the evolution of the Hudson Bay Company (HBC) in the 1840s and 1850s. From a company completely focused on the fur trade initially, it became a business that sold agricultural products: potatoes, wheat and peas, salted meat and salmon, as well as increasingly varied manufactured goods. Its clients no longer necessarily payed these goods by supplying the company with furs.

BARRELS IN THE WORKSHOP

In this context, the manufacturing of barrels to transport foodstuffs became more important, which explains why the artisan cooper is on site to demonstrate his know-how. The expansion of agriculture, followed by the gold rush that created a population explosion starting in 1858 in the Colony of British Columbia, also transformed the work of blacksmiths who then started making tools for farmers and prospectors. By making barrels roll to observe how this method of transporting goods was practical, or again by watching a blacksmith shape the fort’s ironworks, visitors become aware of these changes. They can learn how to handle and maintain firearms, and even try to practice firing with reproductions of compressed air guns of that period. Farm animals and a heritage garden emphasize the importance that agriculture took in the second half of the 19th century.

French-Canadians and the second Fort Langley

The current fort, designated as a historic site in 1923, and which was gradually restored or rebuilt starting in 1955, is the second Fort Langley. In summer 1839, its Director, James Murray Yale, organized the move to a prairie area a few kilometers upstream from the first fort, in a location conducive to the development of agriculture and animal husbandry, and just as convenient for salmon fishing, fur trading and transporting goods on the Fraser River. This second fort remained operational until 1886.

At this new location, French-Canadian Étienne Pépin was made responsible for managing the farm. He is believed to have been the first one to cultivate the Langley Prairie. Basil Brasseau, Narcisse Falardeau and five other French-Canadians were part of the farm labour that missionary Modeste Demers listed during his stay in 1840, among some 20 employees originating mostly from the Sandwich Islands (they were Kanakas from the islands that today are called Hawaii), where the HBC was in business. Most of them married Indigenous women. Many French-Canadians also worked at the fort itself, as cooks, coopers, blacksmiths, etc. In 1948, Director Yale chose one of them, Ovide Allard, to build a new fort at the foot of the Rocky Mountains, which became the town of Yale.

Francophone Voyageurs in the majority at the first Fort Langley

French-Canadian Voyageurs and Francophone Métis were experts in travelling long distances by canoe and interacting with Indigenous Peoples in the fur trade business. They were a strong majority in the North West Company, the first major company to be involved in the fur trade on land that is today British Columbia. They were also the majority for several years in the Hudson Bay Company, which took over the North West Company in 1821.

In 1827, under the direction of James MacMillan, some 20 men built the original Fort Langley for the purpose of fur trading with the Indigenous Peoples in the region. The HBC documents commented at the time on the skill with which French-Canadians were able to handle big axes. Then, during the first year, the only employees to be selected by managers among the Kanakas, the Americans, the English, the Scottish, and the Iroquois, were the French-Canadians: Pierre Charles, Francis-Noël Annance, Jean-Baptiste Proveau, Louis Proveau, Michel Laframboise and someone named Sauvé. This was a sign of their competence in the eyes of the managers.