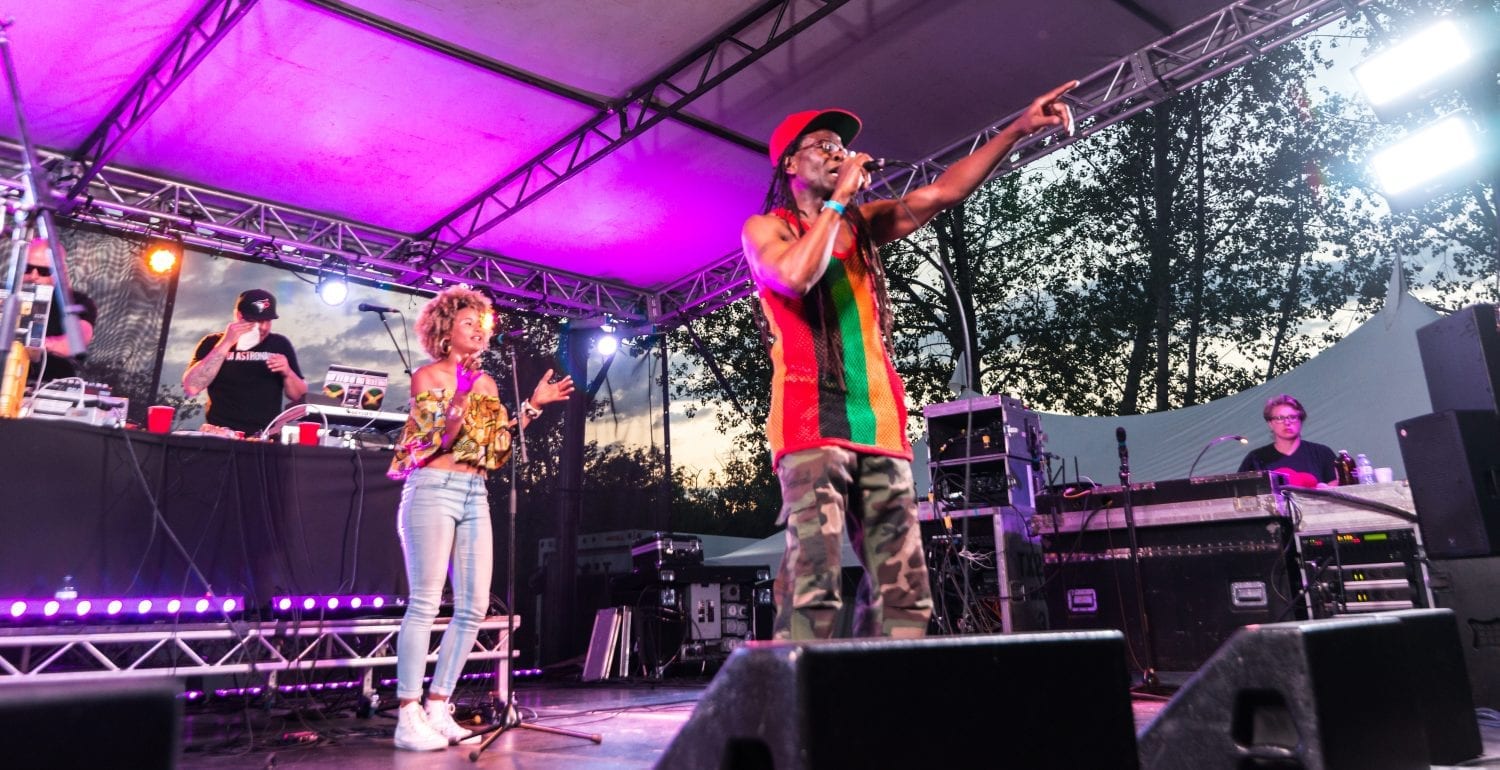 The Fête fransaskoise festival is the only fully Francophone festival in Saskatchewan. Since 1980, it has been an opportunity for Fransaskois to get together, express themselves and celebrate in French for a weekend and to preserve their roots. This festival is the major annual event for the Fransaskois family, and includes performances by Fransaskois and other French-Canadian singers, art and arts and crafts workshops, sports activities, children’s programming, and the participation of provincial organizations providing services in French. After a brief interruption at the end of the 2000s, the festival returned with a vengeance, demonstrating the vitality of Francophone culture in Saskatchewan and the Fransaskois’ attachment to their Francophone identity, not to mention the preservation of good relations with the province’s Anglophone majority. Those who participate in the Fête fransaskoise festival share a pride in their extended family.

Family and song at the heart of the festival

Singer/songwriters are spokespersons for the Fransaskois identity. In their songs, they express, recount and spread the culture, history and characteristics of this one-of-a-kind group of Canadians. They sing about the space and tranquillity of the Prairies, openness to otherness and mulitculturalism, realities that they grew up with and that influence their vision of the role of Francophones in Saskatchewan and in Canada, and that echo those of the majority of Fransaskois. Singer/songwriters have always been at the heart of the Fête fransaskoise, driving participation and spreading joy. The opening show is one of the most popular events. In recent years, Francophone artists from other regions of Canada have been included in the program, adding to the popularity of the show.

The other central focus of the event is family. Since the festival’s rebirth in 2009, organizers have made sure that every age group, from young children to seniors, feels like part of the festival. The importance of youth activities reflects a major concern of the small Fransaskois community: the handing down of their language and culture. Everything at the gathering takes place in French: performances, games, shouts of joy, conversations and meals. This type of family experience creates a powerful sense of belonging, which inspires children and stimulates parents. Several participants return year after year to enjoy the warm and festive atmosphere and interact in French.

In addition to musical performances, other activities, such as the softball tournament, are also popular. The artistic and crafts workshops have become very popular: creation of Métis beaded pouches, garlands and kites; introduction to traditional dance; photographic collages; giant loom illustrating the technique for weaving fléchépatterns. The local products offered at the market are now one of the festival’s attractions, as is the huge community picnic. The main Francophone provincial organizations, such as the Conseil culturel fransaskois, the Association jeunesse fransaskoise, the Conseil des écoles fransaskoises and the Assemblée communutaire fransaskoise, as well as businesses like Bouquinerie Gravel and Éditions de la nouvelle plume, participate by promoting their services and products.

Short history of the Fête fransaskoise

In the 1970s, in an attempt to overcome the high rate of assimilation into the Anglophone community that had prevailed in the 1960s, Francophone inhabitants of Saskatchewan implemented a variety of measures, including the adoption of the term “Fransaskois” and the creation of a flag. In 1979, Francophone youth associations from the four Western provinces organized a large gathering at Batoche as a culmination of several years of demands. Five hundred people participated.

The next year, three Fransaskois organizations joined forces to organize a similar gathering. They called it the Fête fransaskoise, and the event was held from 1980 to 2004, first in Saint-Laurent-de-Grandin, a village near Batoche founded by Métis and French Canadians, then at rotating locations, enabling each host location to showcase its culture. Underfunding and a lack of leadership began causing problems in 1998, and eventually led to the end of the festival in 2005.

Four years later, in 2009, the Association jeunesse fransaskoise relaunched the event, focusing on the family and Anglophone-Francophone coexistence. The Fête fransaskoise gradually recovered its momentum, and, starting in 2013, benefited from the involvement of the Conseil culturel fransaskois. It is now held in the Saskatoon region and, since 2015, it has been called the Fête fransaskoise festival to indicate its new orientation.