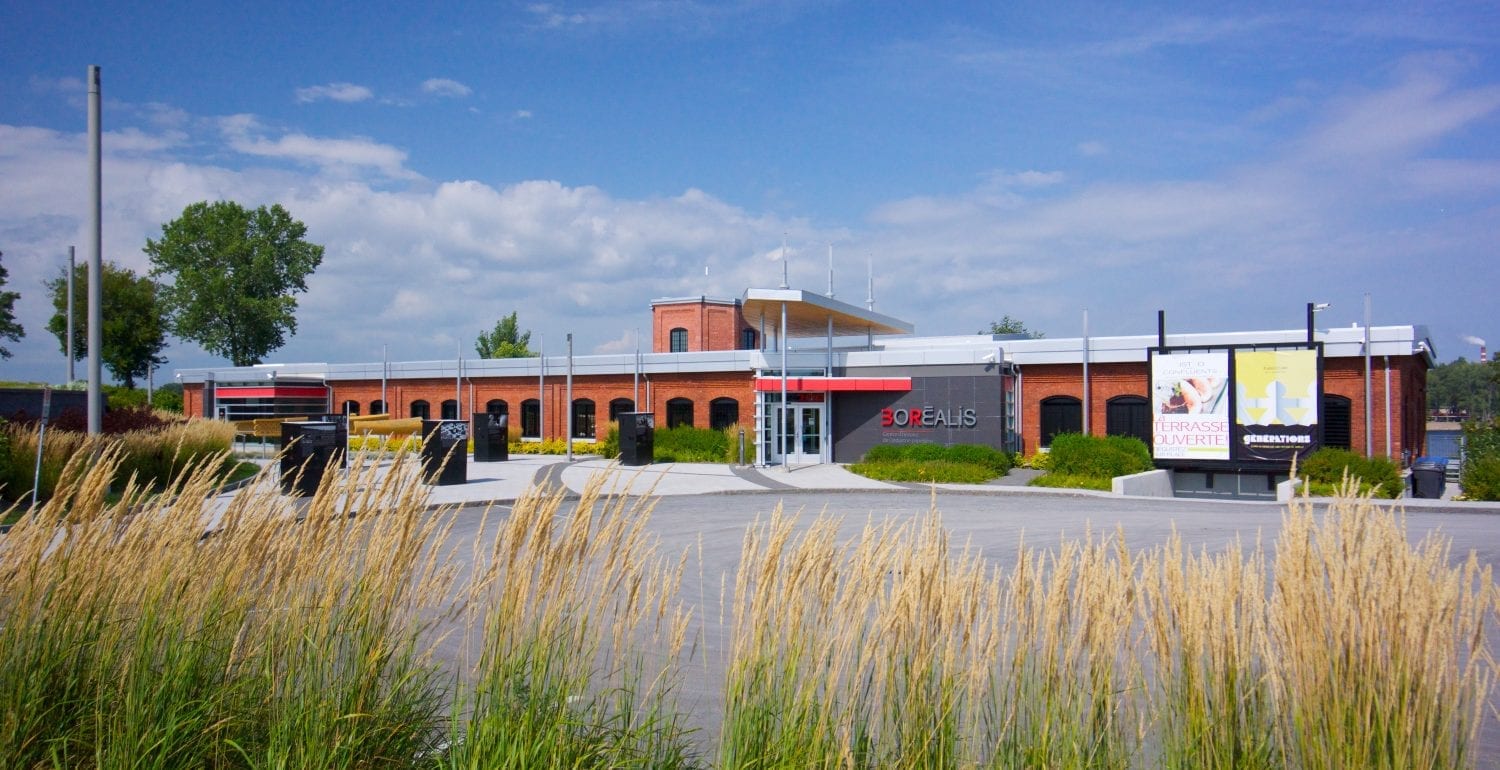 Honouring the legacy of the workers of the Canadian International Paper (CIP) plant in Trois Rivières is central to Boréalis’ mission. Its approach brings alive the history of the “world paper capital” in an extraordinarily vivid way. Boréalis is housed in the water pumping and filtering station of the immense CIP plant, almost all of which was demolished in the early 2000s. In this unique monument to Quebec’s industrial tangible and intangible heritage, preserved in large part with its equipment, voice and video testimony, artifacts and works of art bring visitors into contact with the daily lives of the workers who toiled there from 1920 to 2000: their skills, their joys, their sorrows, their tools, even the tricks they played. This innovative approach delights visitors and has earned Boréalis many awards.

To find out more…

The art of showcasing industrial heritage, both tangible and intangible

Boréalis’ management, ensconced in what remains of what was once the biggest paper mill in the world from the final phases of its construction in 1925, resolved to make it an appealing and welcoming heritage centre. To achieve this, they focused on the human dimensions of Trois Rivières’ paper industry and were not afraid to innovate.

The permanent exhibit illustrates how this pumping and filtering station processed all the water needed to produce the 700 tons of paper turned out by the plant every day, the equivalent of 100 Olympic swimming pools. It includes video recording of workers, contemporary newspaper articles, artifacts – even a real paper making machine –, works of art and the eerie vaults of a huge underground reservoir. There is also a temporary exhibit displayed on a terrace shaded by a pergola, whose roof depicts rolls of newsprint running through the rollers of a paper machine. Interactive tours are also available, among them Passage 5S, which stimulates the five senses and reproduces the working conditions of plant employees. A paper making workshop and history discovery game are also offered in the underground reservoir.

Boréalis’ exhibits are largely based on a rapidly disappearing intangible legacy: the knowledge of the workers and their life experience both inside and outside the plant during the 20th century. To capture this, a series of interviews was undertaken with people who had worked in paper production, some at Trois Rivières and others in northern Ontario and western New Brunswick. Since the plant operated as part of a chain beginning in the forest with logging and continuing with the rafting of the logs to the plant, the research teams covered the entire production process. Boréalis is thus able to illustrate processes of yore that have been largely superseded by technological development and renew its exhibits. This documentary fund already enables us to build a different theme into the permanent exhibit each year and to plan a variety of temporary exhibits.

Boréalis also offers an urban tour of the site of the demolished plant and the adjoining neighbourhood of Sainte-Cécile, where many of the workers lived. This immersive tour, enlivened by testimony, anecdotes and sound effects stored on an iPod provided by Boréalis, recounts the history of the plant and the neighbourhood. In a spirit comparable to that of CIP, which ran sports and cultural activities for its employees, Boréalis strives to be a culturally and recreationally diversified environment. It stages a series of weekly summer jazz concerts and culinary lectures. Its open-air restaurant, open day and evening, does lively business.

Why was paper so important in Trois Rivières?

Visiting Boréalis, one comes to understand why Trois Rivières became the world capital of paper in the early 20th century. The plant was located at the mouth of the St Maurice River, where it joins the St Lawrence. This siting guaranteed an abundant supply of wood from the vast forests of the Mauricie region, easy transportation of the pulpwood by floating it down the mighty St Maurice to the plant, and delivery of large quantities of paper by ship down the St Lawrence to the burgeoning cities of the northeastern United States, since most of the newsprint produced in Trois Rivières was used to print the dailies of New York, Boston and Philadelphia.

Three other factors drove Quebec paper production to historic heights. In 1910, the provincial government banned the export of raw pulpwood felled on Crown lands. Henceforth, the paper had to be made here. In 1913, the US government abolished customs duties on newsprint from Canada. There was also the French-Canadian workforce: abundant, hardy and cheap. The Americans therefore invested heavily in building paper mills in Quebec to benefit from these advantages. Trois Rivières was one of the most favourable sites. As the 21st century dawned, the digital revolution gradually shrank the demand for newsprint, and many plants had to close.