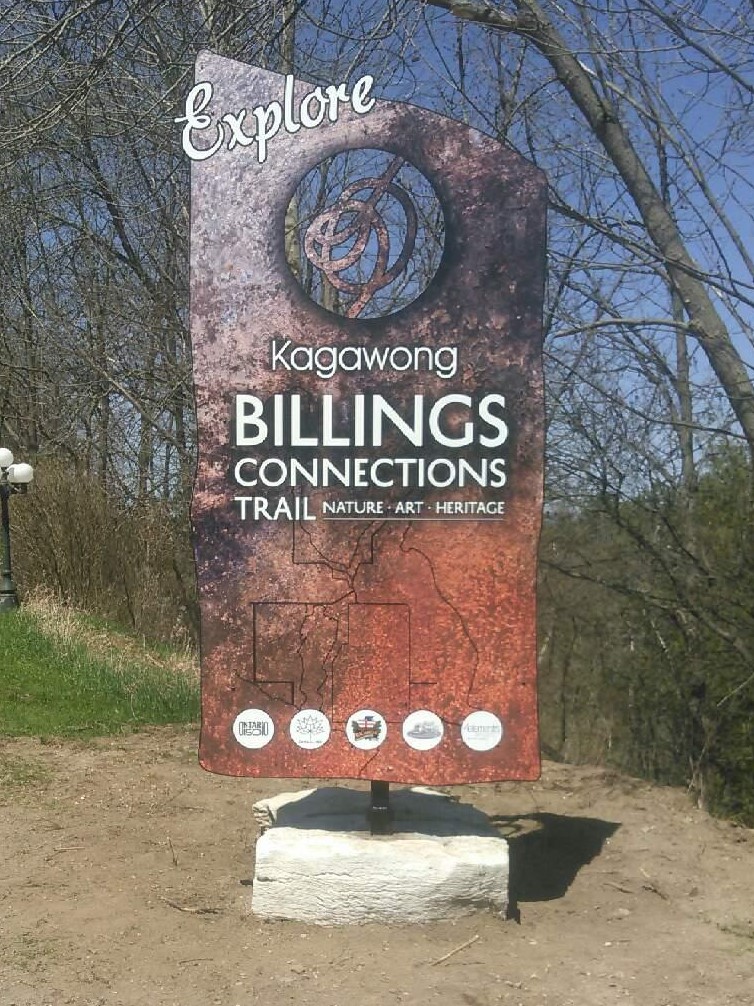 The historical plaques are located throughout the municipality and the text on each plaque occurs in three languages: Anishinaabemowin (Ojibwe), French and English.

The trail includes a dedicated kiosk in the Old Mill Heritage Centre (the local museum) which also presents the plaque series in all three languages.

The trail attempts to integrate the local heritage and history of Anishinaabeg and non-Indigenous residents and represents the Township’s response to the Truth and Reconciliation Commision (2015) ‘Calls to Action’ for public education that integrates indigenous history into municipal programs
A key element of the project involved a range of community engagements to build awareness of, and acknowledge the truth of the impact of colonization, as a critical precursor to reconciliation.

Included in the public engagement were: screenings of films and discussion including selections from Wild Canada (BBC/CBC/David Suzuki) documenting indigenous people’s management of the land before colonization; a Manitoulin Treaty history talk by Alan Corbiere; the community sculpture design process; a pipe ceremony and conversation about the process of acknowledging the truth, led by elder Josh Eshkawkogan; workshops and talks during the Elemental Festival exploring the issues and the role of the arts in re-imagining our relations.