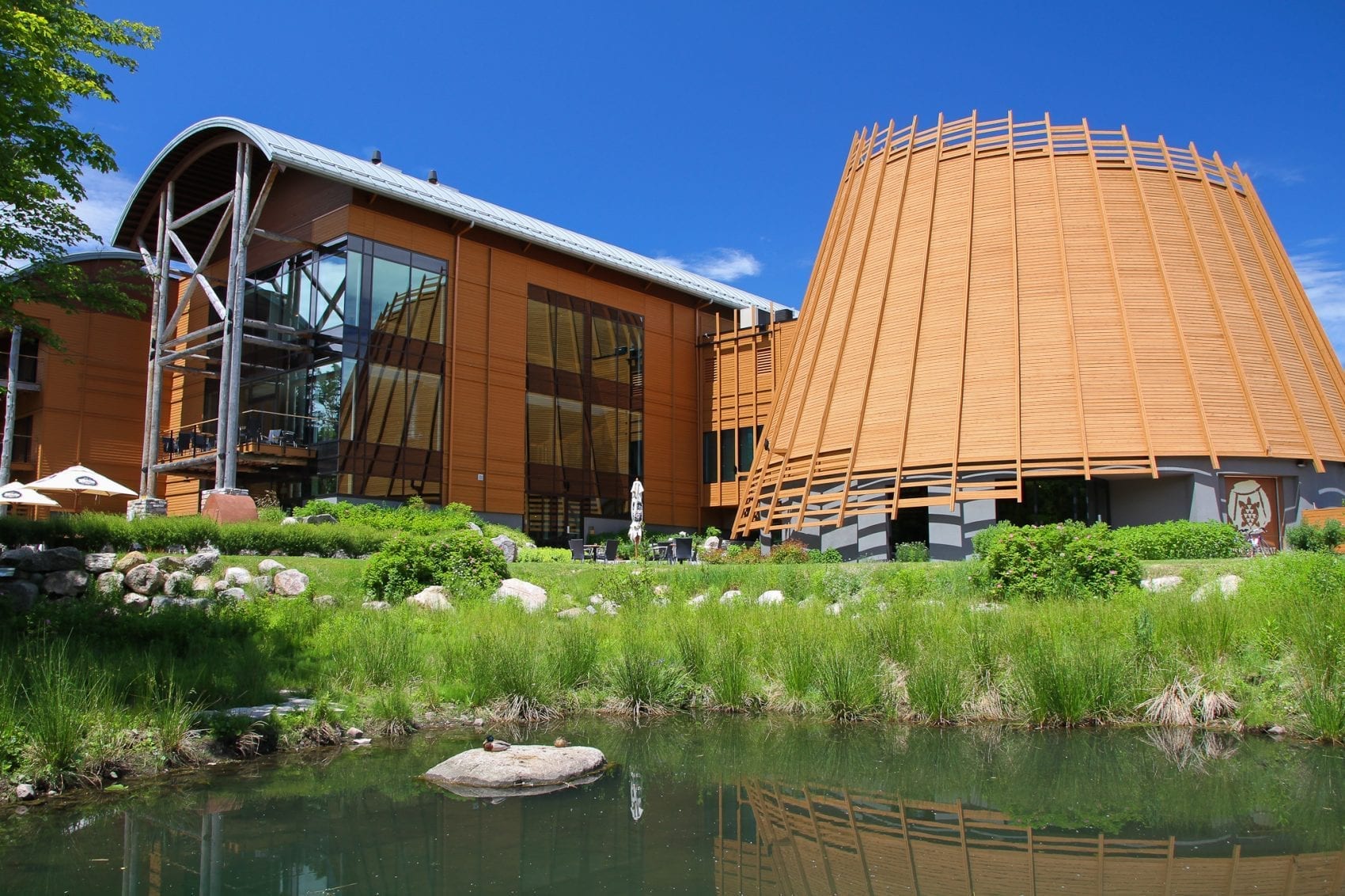 The descendants of the powerful Huron-Wendat nation live in Wendake, one of the only Amerindian villages located in an urban environment in Canada. Wendake has long been a cultural, political and economic centre for the Indigenous peoples of Quebec. This advantageous location and the commercial traditions of the Huron-Wendat have also allowed the inhabitants of Wendake to develop and enjoy a stable and diversified economy. They now have a standard of living comparable to that of non-Indigenous peoples. Over the past few years, the Huron-Wendat community has worked hard to promote its heritage and has developed the cultural tourism section by building high-quality infrastructure. Wendake has also become a major heritage site and an important tourist attraction in the greater Quebec City region.

A rich and diversified heritage

The dynamic Huron-Wendat business community recently completed several heritage and tourism development projects. The Onhoüa Chetek8e interpretive site presents the traditional Huron-Wendat culture in a reconstructed village. The Hôtel-musée Premières Nations, a four-star establishment, reflects the traditional Huron-Wendat culture in a very modern way: the hotel smoothly integrates elements of the traditional material culture into the contemporary design; its gourmet restaurant is based on local cuisine and the natural flavours of the boreal forest; its museum displays artifacts reflecting the continuity of Indigenous culture, from the ancient period to today, while also shining a light on Huron-Wendat history; and storytellers transport visitors into the Indigenous imagination in the National Longhouse Ekionkiestha’, adjacent to the hotel. Stores in Wendake offer a wonderful sample of the rich Huron-Wendat craftmaking tradition, including wild animal furs, rawhide snowshoes, leather moccasins and gloves finely-embroidered with glass beads, necklaces, pendants, rings, and decorative birch bark objects.

In the centre of the village, the Notre-Dame-de-Lorette church, a national historic site and provincial historical monument, still has its original furnishings, metalwork and liturgical objects dating to the time of its construction in 1730. After a partial fire in 1862, it was renovated, and a side chapel and sacristy were added. The faithful can gather and direct their prayers to the first Amerindian canonized by Pope Benedict XVI in 2012, St. Kateri Tekakwitha, in the sanctuary dedicated to her.

The Huron-Wendat nation also pays homage to Nicolas Vincent Tsawenhohi, a well-known person of national historical importance, in Tsawenhohi House. He was the first Grand Chief to live in this house, which was built between 1807 and 1820 and is classed as a heritage monument by the Huron-Wendat Nation Council. A hunter, trapper and fisherman like all Huron-Wendat at the time, Nicholas Vincent was one of the great diplomats of his nation. He worked for the good of his community and the customary Huron territory, the Nionwentsïo (“our magnificent land” in Huron-Wendat), which he knew intimately. Visitors can learn more about him though a permanent exhibition and guided tours.

From the spectacular Kabir Kouba waterfall and the network of trails along the Akiawenrahk River (the Saint-Charles River in English), visitors can see the layout of the traditional Huron-Wendat villages that were always located next to waterways.

In addition to the prosperous village that the Huron-Wendat were able to create thanks to their entrepreneurial spirit and the development of their heritage, Wendake has attracted several organizations representing First Nations, and has become an important Indigenous meeting place in Quebec. It houses the offices of the Assembly of First Nations Quebec-Labrador, the Société touristique des Autochtones du Québec, as well as the First Nations Education Council and the First Nations of Quebec and Labrador Sustainable Development Institute. The First Peoples Business Association is also located there. This political importance is in line with the role that Huron-Wendat long played throughout northeastern North America and the Great Lakes region as major diplomats and traders, two activities that were closely associated with traditional First Nations culture.