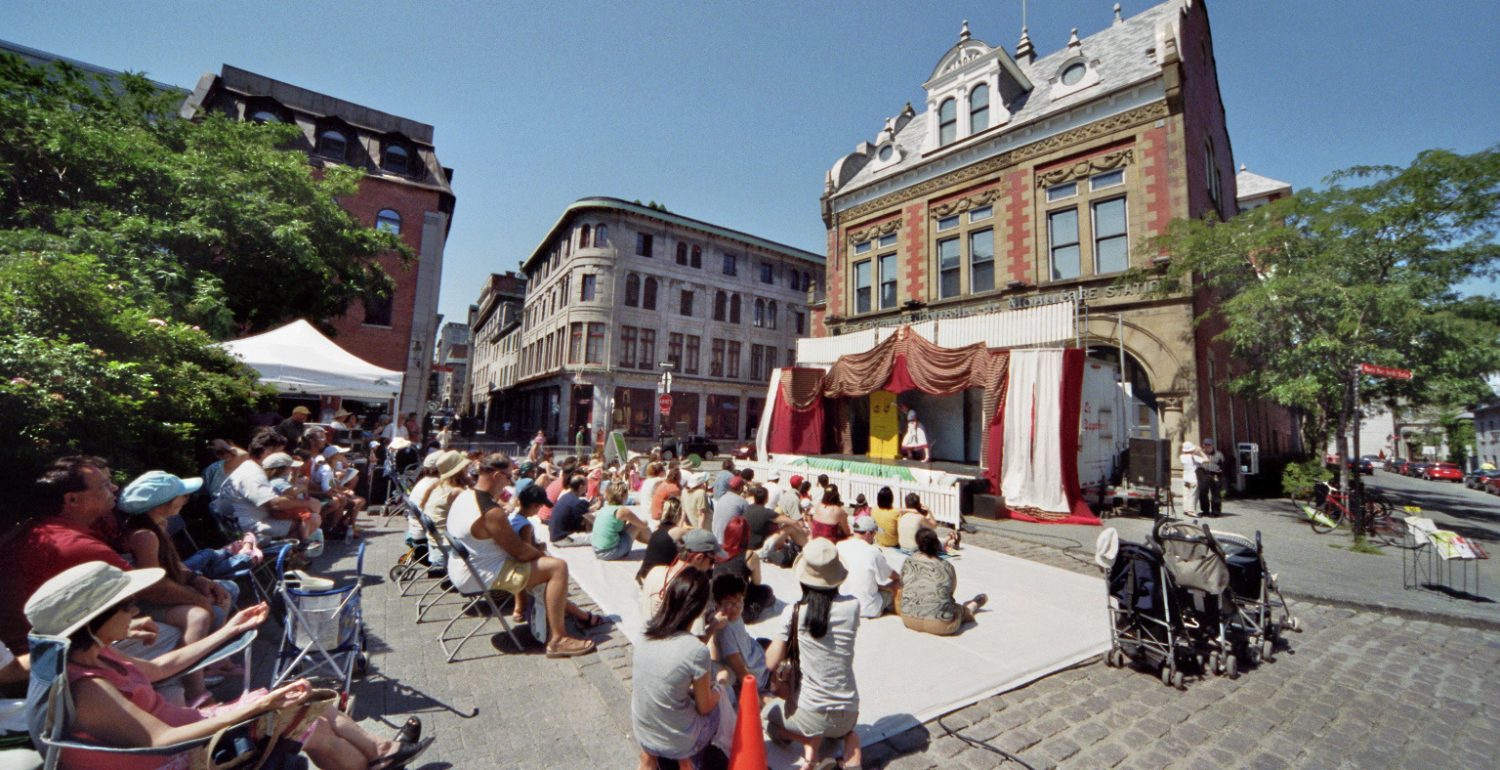 The Centre d’histoire de Montréal presents the history of Quebec’s metropolis from the original occupation of the territory by the First Nations up to today. Opened in a heritage building of Old Montreal in the early 1980s, the centre reveals the rich and eventful adventure of this city from the viewpoint of its past and present inhabitants. Visitors to the centre will discover the fascinating history of the Island of Montreal, from the ancient village of Hochelaga to Montreal’s embrace of modernity in Expo 67. The centre uses artifacts and spectacular images, visual effects and soundscapes. The cultural diversity of Montreal is a central theme of this astonishing voyage through time!

Revealing the memory of Quebec’s metropolis

Montreal has been a cosmopolitan city since the 17th century. The plurality of its origins is reflected throughout the exhibits of the centre. The daily life of Montrealers and their histories are exhibited on three floors in a magnificent heritage framework. Through both a permanent exhibit and temporary exhibits, visitors to the Centre d’histoire de Montréal witness the birth and development of the largest Francophone urban environment in Canada.

In recent years, the centre’s temporary exhibits have dealt with such topics as: “Scandal! Vice, Crime and Morality in Montreal, 1940–1960,” “The Portuguese Community, Neighbours for 50 Years,” “Lost Neighbourhoods” and “Tèt Ansanm, Tous Ensemble — Haitians in Montreal. ” Many awards have emphasized the excellence and originality of these exhibits. Some of them are available on the centre’s website.

Visitors can also download three podcasts whose contents guide them through three neighbourhoods: Red Light, Faubourg à m’lasse and Goose Village, containing both vestiges that are still present and modern elements that have replaced them.

Between mountain and river, multiple identities

The Iroquois were the first occupants of the Island of Montreal, and they were eventually replaced by the French. Founded in 1642 by Paul de Chomedey de Maisonneuve and Jeanne Mance, Ville-Marie was the third largest French settlement in New France, and one of the very first in North America. Its location, between Mount Royal and the St. Lawrence River, close to important trade routes that the Indigenous peoples had been using for centuries, proved to be a determining factor. The site soon overflowed its original cradle, which corresponds to what we now call Old Montreal, and gradually extended to a large part of the Island of Montreal.

After the Conquest of 1763, many English people, Scots and Irish settled in Montreal. In the 19th century, large waves of migration also attracted Italian, Jewish, Chinese, Afro-American and other nationals to the city. The nationalities present in Montreal have multiplied since the beginning of the 20th century because of economic crises, wars and human rights violations. In a few centuries, millions of individual destinies became intermingled on this island, to create the complex history of Montreal.

Birth and evolution of the Centre d’histoire de Montréal

The idea of creating a centre to interpret and explain Montreal’s history and heritage started to take root in the early 1980s. The desire was to provide access to the past of the city, and to help people understand its built heritage. The Société d’archéologie et de numismatique de Montréal was in charge at that time.

The Centre d’histoire de Montréal was established in a heritage building in D’Youville Square, Barracks No. 1, constructed in 1904. This building, inspired by Queen Anne architecture and built entirely of bricks and stone, was used as a fire station until 1972. The building envelope was carefully preserved during major restoration work. The centre opened in 1983 and immediately aroused great interest. The initial permanent exhibit, dedicated to the most emblematic aspects of Montreal, attracts some 20,000 visitors annually.

In the mid-1990s, at the time of the 350th anniversary of Montreal’s founding, the historic neighbourhood was revived by the arrival of new businesses, hotels, restaurants and a museum. The Old Port of Montreal was redeveloped. The new D’Youville Square and the Multimedia City were created. This was a time to rethink the permanent exhibit and the centre’s museum spaces, in order to fully embrace life in the 21st century. The contents were enriched, and more emphasis was placed on the cultural features and diversity that had shaped Montreal. At the Centre d’histoire de Montréal, to take an interest in the past also means to be a person of one’s own time.