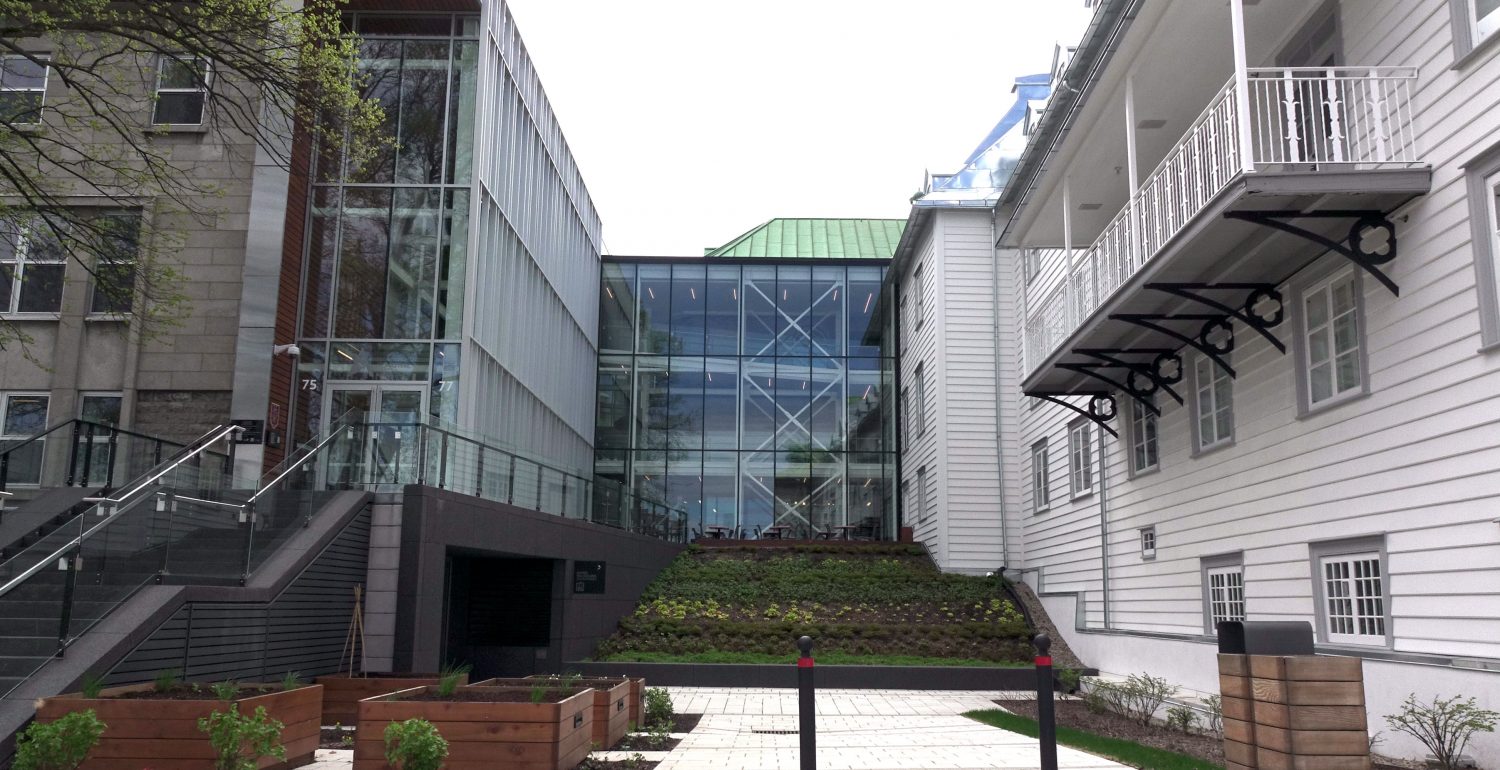 Quebec City’s recently restored and redeveloped Augustinian Monastery is an important part of the physical and cultural heritage from the French Regime. In keeping with the vocation of the Augustinians, this first hospital in Canada now houses a healing centre for caregivers and an accommodation service for natural caregivers and visitors. It now offers a complete range of services focusing on physical and spiritual health. The rich collections of the Augustinians are also on exhibit. The successful preservation and transmission of heritage was emphasized when the building received the Thomas-Baillargé Award of the Ordre des architectes du Québec. In 2016, the National Geographic Traveler described the building as “the best tourist healing experience in the world.”

Healing at the monastery

Extensive restauration and renovation work has made it possible to convert a large part of the old building into a complex dedicated to health and well-being, as an extension of the mission of the Augustinians as caregivers. It offers many activities for anyone who wishes to enjoy a healing experience in a heritage environment, and for natural caregivers and caregiving personnel who need respite. These activities include Tai Chi, Qi Gong and mindfulness workshops, herbal medicine, embroidery and breathing classes, yoga sessions and various lectures, including on the transition to retirement or caring for the terminally ill. The monastery also presents concerts featuring unusual instruments, such as Tibetan bowls, hand pan or crystal harps, which promote inwardness. Massages, reflexology treatments and nutrition advice are also offered.

The monastery’s restaurant features fresh local produce, which is often organic. The meals combine traditional curative virtues with recent research in nutritional therapy. Of the 60 or so rooms in the monastery, some have retained the original monastic spirit, while others have a more contemporary look.

In 2000, when the Augustinians took charge of transmitting their heritage, they centralized in Quebec City the collections of the 12 monasteries they had occupied throughout the province and drew up an inventory. These varied collections comprise 24,000 items, some 500 of which date from the French Regime and are classified as cultural assets of Quebec. Many elements of these collections are exhibited at the Quebec City monastery.

The permanent exhibit deals mainly with the mission of the Augustinians—caring for the body and soul—and their history. It sheds light on their spiritual and social commitment over the ages: how they took care of the sick while living a community life of prayer and reflection, in the search of balance between action and contemplation. Some more specific content throughout the monastery illustrate other aspects of the Augustinians’ secular work, in particular the evolution of medicine in Quebec.

Healing the body and soul

The Augustinians began their adventure in America on August 1, 1639, when three young French women disembarked on the beach of Quebec City to establish a hospital and to care for Indigenous people and colonists. These religious women worked and lived at Hôtel-Dieu of Quebec City, the first hospital in North America.

As a result of the growing importance of Hôtel-Dieu and the monastery, the community built additional wings in 1695 and 1755 to accommodate more sisters and patients. During the French Regime, the Augustinians also opened the Hôpital général de Québec in Lower Town. Then, in 1873, they set up a network of 10 other hospitals-monasteries throughout the province, working as managers, nurses and pharmacists. They thus laid the foundations of Quebec’s health care system.

After more than 300 years of dedication, the Augustinians transferred Hôtel-Dieu to the government in 1962, in the wake of lay reforms in health and education. In the following decades, the community faced a massive reduction in its workforce, to the extent that in 2000, the Augustinians made a major decision to transfer their property and convert their monastery in Quebec City. They once again brilliantly carried out their mission.