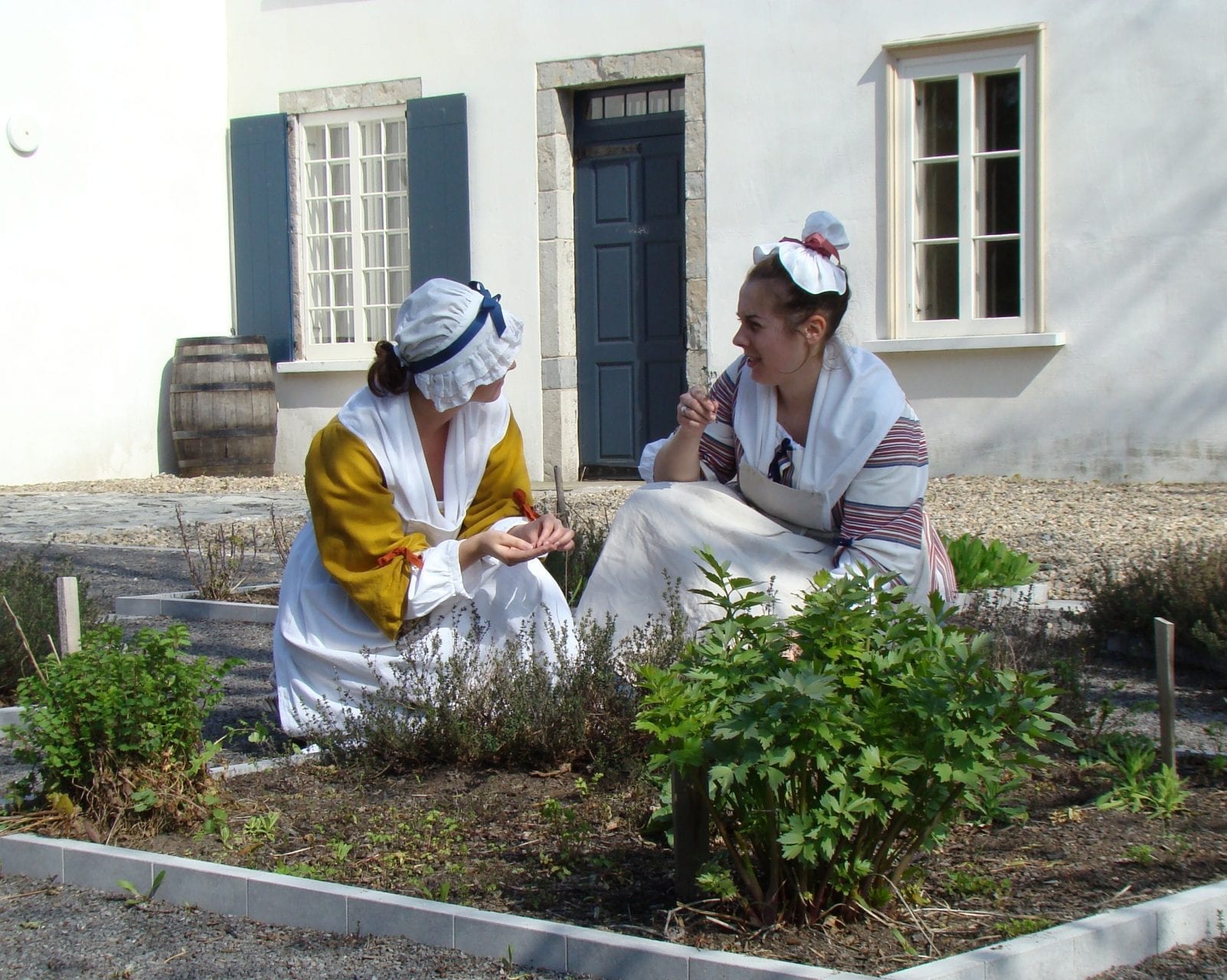 Île d’Orléans was one of the first territories settled and developed by the French immigrants who founded New France in the mid-17th century. It was so fertile and so productive that it was called the cradle of French civilization in North America. The renewal of its long tradition of farming makes it one of the most popular agritourism sites in Quebec. Visitors can purchase fresh fruits and vegetables, wine, cider and beer, cheese, a variety of meats and maple products directly from producers. Several restaurateurs showcase local products in a magnificent natural environment. Île d’Orléans is also known for its rich historical heritage. Several interpretation sites open to the public date from the time of New France: churches, a manor house and settler’s house, and an exceptional concentration of ancestral homes of all styles. There are numerous art and artisan shops around the island. Whatever your interests, one of the island’s many attractions is sure to satisfy your appetite.

Twelve kilometres from downtown Quebec City, across the bridge over the north shore of the St. Lawrence River, the beltway connecting the six parishes of Île d’Orléans is yours to discover. The cultural landscape immediately draws your attention: rich farmland and well-maintained houses in a beautiful natural environment. As you move toward Sainte-Pétronille parish, Montmorency Falls appears to your right, then Quebec City rises above the horizon. The St. Lawrence River makes a sharp detour at the western end of the island, with its opulent 19th-century villas. Traverse a centuries-old forest toward Saint-Laurent.

The neighbouring parishes of Saint-Laurent and Saint-Jean offer direct access to the river. Large numbers of sailors, pilots and shipbuilders settled here. A marina and two wharves keep this heritage alive. The further east you go, the wider the river gets. If you look carefully, you can see several ancestral homes. In Saint-Jean, the remarkable architectural unity of the dozens of pilot houses built in the 19th century is a sight to behold. Saint-François parish, the least populated and the furthest from Quebec City, wavers between the view of the river with its deep-water wharf on the south shore, and its solid connection to the rolling landscape on the north shore. From atop the observation tower, you can see the St. Lawrence estuary, 10 times wider at the eastern point of the island than at the western point.

Continuing along the north shore, you can see the magnificent array of fields and forests of Côte de Beaupré rising above the river halfway up the foothills of the Canadian Shield. The island’s fields and orchards can be seen clearly here. Agriculture has always been the dominant activity in Sainte-Famille and Saint-Pierre parishes. As in Saint-François, several ancestral homes surrounded by farm buildings dating back to the 19th century capture your attention.

But don’t be distracted by the hypnotic charm of these splendid landscapes, because Île d’Orléans has much more to offer.

Interpretation of the island’s history and heritage

The island’s built heritage dates back to New France, which is uncommon in Quebec. In Saint-Jean, Mauvide-Genest manor is the only seigneurial manor built during the French Regime that has retained is original features, although it was recently restored. In Sainte-Famille, the Drouin house, built in 1734, has barely changed at all, although it, too, was restored recently. Visit it and see how settlers lived at the time. Two churches on Île d’Orléans also date back to the French Regime: Sainte-Famille, opened for worship in 1747, and the old Saint-Pierre church, completed in 1719. Saint-Jean church also dates back to the 1730s, although it was expanded considerably in 1850. It has not changed since. These are just a few of the 19 buildings on the island that the Quebec government has designated heritage assets. It also designated the entire island a heritage site in 1970 in order to preserve its unique cultural landscape and its 600 or so historically significant buildings.

In the old rectory of Sainte-Famille parish, the Maison des Aïeux allows the public to do genealogical research and provides an overview of how people lived in earlier times. At the Parc maritime de Saint-Laurent, located on the site of the Fillion shipyard, which was in operation from 1908 to 1967, visitors learn about wooden shipbuilding. The park is also home to a rowboat workshop designated a heritage asset. Rowboat building was an extremely important activity in Saint-Laurent in the 19th century. In Saint-Pierre, the Espace Félix-Leclerc celebrates the life and achievements of Quebec singer/songwriter Félix Leclerc, who lived on Île d’Orléans between 1960 and 1988.

Agriculture and agritourism: Past and present

By 1675, all of the land available on Île d’Orléans had been granted. In the 18th and 19th centuries, the island’s bountiful crops made it Quebec City’s garden and breadbasket. The tradition continues today, as the diversification of agricultural practices, agri-food processing, agritourism and restaurants breathe new life into a sector that has long prospered. Since the island’s fresh and processed products’ reputation for quality was sought after by many shop owners, the islanders adopted the Savoir-faire île d’Orléans logo, a certification guaranteeing the origin of their products. Asparagus, blackcurrants, grapes and blueberries are now grown alongside the traditional strawberries, raspberries, apples, sweet corn, potatoes and vegetables. Several establishments sell a wide variety of processed products such as cider, wine and blackcurrant liqueur, vinegar, jam and chocolates, ice cream, bread and pastries. More than ever, gourmets and gourmands are flocking to Île d’Orléans.

Several quality artisan boutiques, a network of artists’ workshops and distinctive country accommodations in ancestral homes or an exceptional natural environment make Île d’Orléans an idyllic place to stop and spend some time.